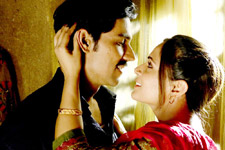 Josh / fullhyd.com
EDITOR RATING
7.0
Performances
Script
Music/Soundtrack
Visuals
8.0
8.0
7.0
7.0
Suggestions
Can watch again
Yes
Good for kids
No
Good for dates
No
Wait for OTT
No
Sarbjit is a well of pain. It draws and draws pain, and then some more. But it isn't torture porn. It's just not a case of showing people suffer as we sit distant munching on our popcorn and gulping our Pepsi. The thing with Sarbjit is it makes You hurt. A searing pain cuts through and lodges itself in your mind, and you don't even want to escape it. Once you have gotten far enough through the film, you realise that you have to experience it fully. The closest phrase we could find to explain this quality is "Compellingly Cathartic".

It probably has to do with the plot. The story of Sarabjit Singh Attawal (Hooda) and his family can worry the toughest amongst us. One miserable drunken night, the innocuous farmer from border village Bhikiwind strays across the (as yet unfenced) border and gets nabbed by the Pakistani Army. As his family starts frantically searching for him, he is tortured in a prison till he agrees to identify himself as Ranjit Singh, a spy/terrorist accused of bomb attacks in Lahore. Thereafter, Sarabjit languishes 21 years in a prison while his family, his sister Dalbir Kaur (Rai) in particular, struggle to get him back home. Twenty one years can be a long time, and it can feel far longer if you spent every minute fighting through it.

Or it probably has to do with the acting. This reviewer had been a passionate critic of Aishwarya Rai right from her deer-caught-in-headlight days of Mani Ratnam's Iruvar. The lady always felt like waste of celluloid, but we can't say that now. Rai's Dalbir is a winning performance. She isn't convincing as a Punjaban, and still has that annoying shriek, but this time around the eyes emote. And they emote so beautifully. She moves you with her grief, comforts you with her joy, and rouses you with her fight. While we rued it earlier, Rai's second innings is something we're truly excited about now.

However, Hooda successfully snatches the film away from Rai. His work has recently been consistently applause-worthy if not awe-inducing. But with Sarbjit, he places himself in the league of the Siddiquis and associated Khans (you know which one). The cheekiness as the young man, the physical incapacity after torture, the mildly philosophical quality in middle age - he does it all without feeling a thread of a restraint. Our favourite part was when the middle-aged and battered Sarbjit smiles like a child on seeing his family. Someone hand him an award already!

And coming back to that compelling quality of the film, it probably has to do with the writing. Probably? Hell, no. The film's superb quality has particularly to do with the writing. Utkarshini Vashishtha's script is something she should be proud of. It has flaws aplenty (more on that in a bit) but this is one of those cases where one finds little time or thoughtspace to devote to nitpicking. There is much to be impressed with. For one, there's her talent to sketch a wonderful emotional scene.

Take that early one where a bereft Dalbir Kaur sits silent with her still-born in her hands. It is a face stained with loss, and she won't part with the lifeless infant. Her brother weeps with his head on her shoulder as her husband takes the baby from her hands. She lets the child go but the frame is enough to show that she still has a child in the form of Sarabjit. Vashishtha surely knows her way around when it comes to matters of pulling heart strings.

Aside from that, she gives the film some quirky detailing. Like Sarabjit's wife who is so concerned about the karela (bittergourd) curry although she is only a while away from meeting her husband (and it takes a Richa Chadda to play such a role). Or when a father and son are to go on a bike, the scene starts with the kid urinating under a tree with the father admonishing for not finishing off at the house. Is it necessary? No. But does it add to the film? Yes.

But the true writing heft comes in when you note the conceptual richness in the script. The film deals with loss of identity, sharing responsibilities in a family, friendship across borders, and the question of what it means to win in a fight like this. These various concepts are all treated delicately and are actually conveyed without being lost in the multitude that the script sets out to portray.

It is clear that we are impressed, but like we said, there is quite some trouble with the script (and the film). And this trouble comes with the format.

The script and the film are cast in a particularly old-fashioned mould. The Indian biopic is changing into a rather Hollywoodish format where it confidently eschews songs and loud declarations of intent and emphasises on more subtle drama. But Sarbjit often breaks into a song (an early one has properly choreographed steps, too). Worse, there is the issue of loudly stating messagey content. Sometimes even dipping into jingoism (ironic for a movie which is ostensibly about better relations between the two nations).

Just this one aspect (and the uninspiring direction in places) is enough to put some folks off. Sarbjit can have quite a polarising effect on its audiences. Some would find it an utter bore and outright maudlin. This is the section of audience who expect the Neerja and Shahid format of biopics which we were discussing in the previous paragraph. For these folks, Omung Kumar's direction would be akin to Ketan Mehta's work (like in Manjhi), and that is just not a good thing.

However, the other section of the audience (including this reviewer) wouldn't have much time to fret about the format or poor execution. We're already too deeply drawn into the happenings. We couldn't care less about Aishwarya Rai's terrible accent, we don't care that no one in the film writes any Punjabi, and none of us is worried about the amateur execution of some parts. This isn't the kind of film where you want to pay attention to the nuances. This is a melodrama, and good melodrama begs you to feel, not think.

So you stop thinking and let the film reduce you to a puddle of tears. It aches, like we said, but you let it do that to you nonetheless. Sarbjit proves to be a rather immersive experience where you feel like you are a part of its world. It, thus, also proves to be a very difficult film to judge. We mean, how is one supposed to judge a film when in the first place you've forgotten that it's a film?
Share. Save. Connect.
Tweet
SARBJIT SNAPSHOT 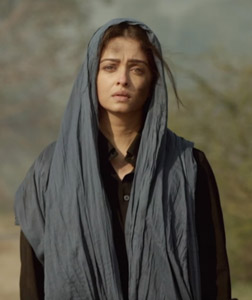 ADVERTISEMENT
This page was tagged for
Sarbjit hindi movie
Sarbjit reviews
release date
Randeep Hooda, Aishwarya Rai Bachchan
theatres list
Follow @fullhyderabad
Follow fullhyd.com on
About Hyderabad
The Hyderabad Community
Improve fullhyd.com
More
Our Other Local Guides
Our other sites
© Copyright 1999-2009 LRR Technologies (Hyderabad), Pvt Ltd. All rights reserved. fullhyd, fullhyderabad, Welcome To The Neighbourhood are trademarks of LRR Technologies (Hyderabad) Pvt Ltd. The textual, graphic, audio and audiovisual material in this site is protected by copyright law. You may not copy, distribute, or use this material except as necessary for your personal, non-commercial use. Any trademarks are the properties of their respective owners. More on Hyderabad, India. Jobs in Hyderabad.