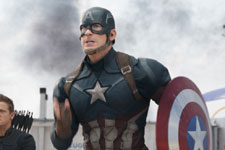 Zehra Abbas / fullhyd.com
EDITOR RATING
7.5
Performances
Script
Music/Soundtrack
Visuals
8.0
6.0
7.0
8.0
Suggestions
Can watch again
Yes
Good for kids
Yes
Good for dates
Yes
Wait for OTT
No
The enduring appeal of the superhero mythology can probably be traced to those adolescent years when fevered emotions and hormones found an outlet in the adventures of these spandexed gods and goddesses. For many, they also served as their first brush with the idea of a complex moral compass. Captain America: Civil War raises an issue deeply pertinent to our times - collateral damage. However, if the film's intellectual treatment of the premise were to be emulated by kids who love comic books, you'd find a whole lotta teeth on the playground.

The film begins with a brilliant action set-piece in Lagos, Nigeria. It's all dexterous choreography, deft camera moves, fantastic CGI and expert editing. You nod approvingly, secure in the knowledge that your adrenal glands are in for a ride. The sequence ends badly for the Avengers, with a number of civilian casualties, and an international uproar that is followed by a UN resolution calling for the Avengers' autonomy to be curtailed, and for the group brought within the ambit of international law.

Iron Man (Robert Downey Jr.) is surprisingly game, gnawed by guilt from the past, while Captain America (Chris Evans), surprisingly, rebels against the notion. One deep chasm later, the group is clearly divided into Team Cap and Team Iron Man. Little do they know that they are being expertly manipulated by a most colourless villain, but more on that later.

Initially, the debate on the morality of collateral damage is engaging. Here, Downey steals the show from Evans, but you're just happy that Evans is on show (there's a helicopter scene later that'll make your granny swoon). The two actors do a credible job of giving real angst and feeling to their sides of the argument, and the escalations that follow are also believable. However, much like in real life, it seems impossible to arrive at any real solution regarding an issue this complex. Directors Anthony and Joe Russo deal with it by lifting their directorial megaphones and declaring "Let the fistfights begin." Once they do, the debate gets obfuscated. Frustratingly, the makers keep dragging you back to it, and that does affect the pace of the film.

Yes, we can throw around all the right words - hegemony, unilateralism, ethical crisis, modern day relevance - and intellectualize the film's intention. However, let's not forget one crucial point - these guys are in tights. Now, do you want to seat them behind a desk and indulge in endless talks or do you want to see them dropkick? We thought so. Let's talk about the action, then.

The Avengers channel their MIA compatriots Thor and Hulk, and quite literally, smash their way through the crisis. The film is full of entertaining sequences, but the standout scene is the smackdown between Team Cap and Team Iron Man. All you Marvel fanboys/girls - this is your comic book fantasy come true.

It takes place at an abandoned airport, and with civilians and the central dilemma neatly put out of the way, the superheroes let loose. This isn't action on an epic scale but vintage comic book pounding, complete with humorous quips and big explosions. Do remember that this is the apex of the film, else you'll be disappointed by the surprisingly bland climactic slugfest between two biggies. It seems the makers wanted to end the film on an emotional highpoint, but you probably need to have the Marvel mythology running through your veins to get misty-eyed at that moment.

The ensemble is huge - there are twelve superheroes - and that can either make your day or it can drive you up the wall. If you're a DC universe fan, like your reviewer, it's a little hard to keep up with all of these characters when the pummeling begins. In terms of screen time as well, despite the film being two hours and 36 minutes long, it's next to impossible to even consider the notion of character arcs. So, with the exception of Black Widow (Scarlett Johansson), none of the others really registers.

The new entrants, however, are a welcome addition. Much of the levity that has been missing from recent superhero movies is resurrected by the arrival of Spiderman (Tom Holland stands out) and Ant Man (Paul Rudd is just having fun). A certain patrician grace is also introduced with the Black Panther, ably enacted by Chadwick Boseman.

And then the scriptwriters probably went binge drinking, and picked Zemo (Daniel Bruhl) as the villain of the piece. What can we say? That rubbery tofu your vegan friend won't touch is more flavourful than him. Half the fun of a superhero story is a truly malevolent, maniacal villain. Zemo is given a veneer of complication with his secret motivation, but he's neither creative nor complex. You'll shed a wistful tear for Loki - and that brings us to the question of inevitable comparisons.

There is no escaping the comparison with that sodden disappointment, Batman v Superman: Dawn of Justice, owing to the same ethical premise. Let us be clear, Captain America: Civil War is a better film. However, a more valid comparison might be with a film from the Marvel universe instead - like The Avengers. Joss Whedon's film was comic-book gold because it never lost sight of the entertainment factor of these stories.

Captain America: Civil War can't seem to decide which route to take - entertain or provoke thought. Unfortunately it tries to do both, though the makers' forte is clearly the former. The audience is bound to get annoyed at being unnecessarily and repeatedly dragged away from aspartame action to morose reflection that goes nowhere. This kind of unnecessary posturing is slowly and surely becoming the bane of all superhero films. After all, not everyone can channel the brilliance of Christopher Nolan's paradigm-shifting Batman trilogy. Therefore, to all such filmmakers, we send this simple message: "Your source material is a comic book, dude. Relax." 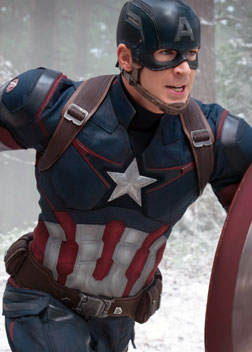 ADVERTISEMENT
This page was tagged for
Captain America: Civil War (3D) english movie
Captain America: Civil War (3D) reviews
release date
Chris Evans, Robert Downey Jr.
theatres list
Follow @fullhyderabad
Follow fullhyd.com on
About Hyderabad
The Hyderabad Community
Improve fullhyd.com
More
Our Other Local Guides
Our other sites
© Copyright 1999-2009 LRR Technologies (Hyderabad), Pvt Ltd. All rights reserved. fullhyd, fullhyderabad, Welcome To The Neighbourhood are trademarks of LRR Technologies (Hyderabad) Pvt Ltd. The textual, graphic, audio and audiovisual material in this site is protected by copyright law. You may not copy, distribute, or use this material except as necessary for your personal, non-commercial use. Any trademarks are the properties of their respective owners. More on Hyderabad, India. Jobs in Hyderabad.