The Legend of Tarzan (3D) Review 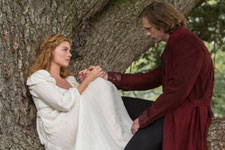 Josh / fullhyd.com
EDITOR RATING
4.5
Performances
Script
Music/Soundtrack
Visuals
7.0
4.0
5.0
8.0
Suggestions
Can watch again
No
Good for kids
Yes
Good for dates
Yes
Wait for OTT
Yes
You know those moments when you wonder what brought you to that moment; where you're essentially taking stock because you're bewildered as to how things transpired to be the way they are. We had one such moment at around the 42nd minute mark in The Legend Of Tarzan. No, nothing significant happens at that point. We just happened to realise that nothing significant happened in 42 minutes of a 110-minute film.

Despite some positives, The Legend Of Tarzan is a big bore of a film. Confused, overloaded, underwritten and misdirected, it is one of those films where watching the trailer is a more satisfying experience because the trailer has all the good bits and the film feels like a refuse of the remaining unnecessary portions.

One can't put it on lack of ambition, though. The movie features a plot with heavy elements like colonial oppression, slave trade and exploitation of resources, and even goes so far as to give Jane (Robbie) enough spunk to not play a damsel in distress. It is all very wonderful for the makers to attempt to give a modern touch to an essentially white-saviour colonial-era film, but the script hasn't got the strength to take the burden of these elements.

All things put together, the plot boils down to Tarzan - now civilised and called John Clayton III (Skarsgaard) - handling various issues like dealing with tribal chief Mbongo (Hounsou) who's thirsting after his blood, protecting Jane and some friends from the clutches of the evil Belgian Captain Leon Rom (Waltz waltzing in a standard issue role), and obstructing Rom's plans of enslaving the Congolese people. See, when we said heavy, we meant heavy.

And none of these important plot points makes any impact. The film's lack of seriousness becomes particularly evident when they have George Washington Williams (Samuel Jackson with a role that does little honour to him), a real-life Afro-American historian, being reduced to a comical sidekick to Tarzan. The man and his accomplishments deserve better.

We wish we could say that a movie like this doesn't need drama and therefore it's okay if it gets that light treatment. The point is, if it doesn't need drama it can do away with drama. Taking it up on its shoulders and then slouching to the ground isn't particularly good decision-making for a film. Instead it could have perhaps just worked with being an exciting action-adventure film. At least that's where the movie shows some promise.

Director Yates (who made the last four Harry Potter films) shows maximum comfort in canning the action portions. He makes Tarzan swinging from tree to tree feel more exciting that it perhaps ever has. Skarsgard's topless, chiseled and flexible body helps credibility a lot when he's dutifully delivering blows in exquisitely choreographed sequences.

But even in this visual realm where the film (and all its money) puts up with some good work, the CGI animals are a dampener. We're still in the The Jungle Book hangover and couldn't help thinking about how the animals in that film (even though they were talking!) felt far more real than any growling gorilla in The Legend Of Tarzan.

Your kids may appreciate this one and that's largely because they're a forgiving lot. You might like it if you haven't watched The Jungle Book. All things considered, you're not necessarily going to regret avoiding this not-so-legendary Legend.
Share. Save. Connect.
Tweet
THE LEGEND OF TARZAN... SNAPSHOT
THE LEGEND OF TARZAN (3D) SNAPSHOT 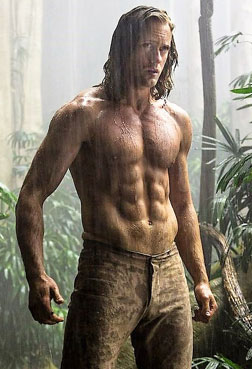 ADVERTISEMENT
This page was tagged for
The Legend of Tarzan (3D) english movie
The Legend of Tarzan (3D) reviews
release date
Margot Robbie, Christoph Waltz
theatres list
Follow @fullhyderabad
Follow fullhyd.com on
About Hyderabad
The Hyderabad Community
Improve fullhyd.com
More
Our Other Local Guides
Our other sites
© Copyright 1999-2009 LRR Technologies (Hyderabad), Pvt Ltd. All rights reserved. fullhyd, fullhyderabad, Welcome To The Neighbourhood are trademarks of LRR Technologies (Hyderabad) Pvt Ltd. The textual, graphic, audio and audiovisual material in this site is protected by copyright law. You may not copy, distribute, or use this material except as necessary for your personal, non-commercial use. Any trademarks are the properties of their respective owners. More on Hyderabad, India. Jobs in Hyderabad.