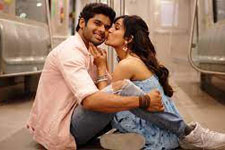 Punarvasu Pendse / fullhyd.com
EDITOR RATING
2.0
Performances
Script
Music/Soundtrack
Visuals
3.0
2.0
4.0
4.0
Suggestions
Can watch again
No
Good for kids
No
Good for dates
No
Wait for OTT
No
Nikamma is an official remake of the Telugu movie Middle Class Abbayi, a fact which it immediately lets the audience know by proclaiming it in big bold letters.

As for the film itself, this Sabbir Khan written-directed-produced enterprise is an extremely tough sell. As someone who did not watch the original and is going with the fullhyd rating, yours truly can still tell that the Hindi remake is below par in comparison.

Nikamma is the story of Aditya/Adi (Abhimanyu Dassani), a youngster with a photographic memory who has been mollycoddled by his older brother Raman (Samir Soni) after their parents' death. Enter Avni (Shilpa Shetty), Raman's tough-as-nails RTO officer wife - and Adi's idle existence is already under scrutiny. When Avni gets a tough assignment posting in Dhamli, Rajasthan, Adi reluctantly agrees to accompany his sister-in-law - and promptly becomes resentful due to being tasked with household chores that he considers to be beneath his station.

A chance encounter with Natasha (Shirley Setia) leaves Adi confused when the enthusiastic woman immediately proposes marriage to him. Meanwhile, Avni's no-nonsense stance puts her squarely in the crosshairs of local MLA candidate Vikramjeet Bisht (Abhimanyu Singh). The lazy youngster is forced to get rid of his indolent ways, and make choices that will affect everyone in his family.

Nikamma is a colossal bore. There, that's the review in one sentence, we can all go home now. No, seriously though, this is not the kind of comeback Shilpa Shetty deserves. We did not have lofty expectations, considering that the film that it is inspired by didn't inspire any, but we did not expect this much of a snoozefest. It lasts 2 hours and 30 minutes, and seems like a story that could have been done in less than half that time. The first half is patchy and feels like a collection of scenes presented in a needlessly long flashback, while the second half is melodramatic and predictable - even the big twist at the end seems irrelevant.

The biggest crime that director Sabbir Khan commits, though, is to squander the potential of his intriguing cast choices. Shilpa Shetty is given a one-dimensional act as the righteous "bhabhi" till the very end of the film. Abhimanyu Dasani, who was an absolute hoot in Mard Ko Dard Nahi Hota, is given an insipid role with bad dialogue (it doesn't help that his dialogue delivery feels amateurish). Dasani's overacting becomes especially unbearable when he has scenes in which he talks to himself - it makes you physically cringe.

Shirley Setia comes in, just enough so that the "romantic interest of the hero" checkbox is ticked, and goes - given no platform to display her acting chops (we're giving her a pass here because it is her debut film and we haven't seen anything else yet). The other Abhimanyu (Singh) is the stereotypical bad guy, and his maniacal act is nothing we haven't seen before. The supporting cast is alright, but they have very little to do.

Nikamma's score is by John Stewart Eduri, while the music has been composed by Amaal Mallik, Javed-Mohsin, Vipin Patwa and Gourov Dasgupta. Apart from the title track, which is also a recreation of the popular "Nikamma Kiya Is Dil Ne" from Kyaa Dil Ne Kahaa, nothing really sticks with you by the end.

There is absolutely no reason to watch this one - and avoid it not just in the theatres but also when it comes to the OTT platforms. 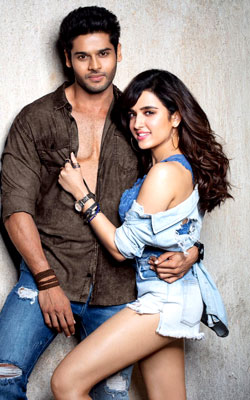 ADVERTISEMENT
This page was tagged for
Nikamma hindi movie
Nikamma reviews
release date
Abhimanyu Dassani, Shirley Setia
theatres list
Follow @fullhyderabad
Follow fullhyd.com on
About Hyderabad
The Hyderabad Community
Improve fullhyd.com
More
Our Other Local Guides
Our other sites
© Copyright 1999-2009 LRR Technologies (Hyderabad), Pvt Ltd. All rights reserved. fullhyd, fullhyderabad, Welcome To The Neighbourhood are trademarks of LRR Technologies (Hyderabad) Pvt Ltd. The textual, graphic, audio and audiovisual material in this site is protected by copyright law. You may not copy, distribute, or use this material except as necessary for your personal, non-commercial use. Any trademarks are the properties of their respective owners. More on Hyderabad, India. Jobs in Hyderabad.