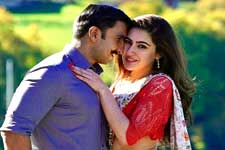 T J Reddy / fullhyd.com
EDITOR RATING
5.5
Performances
Script
Music/Soundtrack
Visuals
6.0
3.0
5.0
5.0
Suggestions
Can watch again
No
Good for kids
Yes
Good for dates
Yes
Wait for OTT
Yes
If pirates and sailors in the movies have taught us anything, it is to always look for the North Star if we are ever lost at sea. Be it the vast expanse of an ocean with no land in sight or a turbulent sea that threatens to violently eliminate everything the sailor holds dear, the answer to the question "How do I find my way back home?" has always been to locate the North Star and chart the course accordingly.

Filmmakers and film fans, too, have come to co-opt this age-old piece of wisdom, but with stars of a different kind. Be it Super Stars, Stylish Stars, Mega Stars, Power Stars or Mega Power Stars, filmmakers and audiences alike zero in on the actors of their liking and find a sense of joy in watching their antics even if the film around those actors crumbles with each and every wallop of bad writing or directing. In that vein, Simmba might be a brand-new vessel, but Rohit Shetty is a well-worn captain who has tackled the high seas and come out the other side with riches beyond one's wildest expectations.

To the non-Telugu folk in the readership, the synopsis of Simmba (remake of sensational cinematic spectacular - Temper) goes something like this: Sangram "Simmba" Bhalerao (Ranveer Singh) is a corrupt police inspector of Miramar Police Station in Goa. He makes nice with local gangster Durva Ranade (Sonu Sood) and turns a blind eye to most of the latter's illegal activities in exchange for a metric ton of 2,000 rupee notes.

Things seem to be going well for Simmba in Rohit Shetty Land as he makes his money, woos a lady, and has an ear-shatteringly loud background score herald his every appearance. What more could a man want? The movie, though, gives him something he didn't want. A person he considers dear happens to cross Durva Ranade's path and ends up being a victim of his brothers' rage. The righteous man inside Simmba, buried deep under those sacks of money, roars into existence as he vows vengeance against the Ranade brothers.

If that plotline seems very reminiscent of the early to mid '90s, you wouldn't be mistaken. Even though Temper was released in 2015, its roots can be traced back to the '90s with ease. Rohit Shetty, too, is a man whose work would have been looked at more kindly two decades ago. The stories are simplistic, the characters are straight out the book screenwriting professors threw out on day one of class, and the scenarios are meant to elicit cheers from the film-going public rather than provoke discussions amongst them long after the end credits have rolled.

Simmba is no different. If the plot feels too nonsensical, if the morality seems lost in the shuffle, if the incessant noise is unbearable and if the sensory overload threatens to shut your basic human functions down, always remember to "follow the star". He's protecting all but one character in the film, and he'll protect your sanity too, probably.

This is a Ranveer Singh picture through and through. He takes centre-stage and occupies the centre of every frame more often than not. He throws himself into a role that seems tailor-made for him. While his antics are funny, and his fast-talking nature is bound to remind you of the clown in your high school class, what catches your eye is the texture Singh brings to this two-dimensional character. His impeccable rendition of the local dialect, his unwavering commitment to his over-the-top mannerisms and his outstanding range as an actor elevate his performance to larger-than-life status while simultaneously grounding his character in some semblance of reality.

While Mr Singh might edge out Sri Rao in the leading man department, Puri Jagannadh's original trumps Rohit Shetty's remake when delving deeper into the secondary and ancillary characters. While Temper had its issues with a flawed morality at the centre of its tale, it set itself apart by having each of its secondary characters serving a greater purpose than themselves as they aided Daya's overall character arc. While the characters seemed one-note on the surface, the actors portraying them (Posani Krishna Murali, Prakash Raj and Tanikella Bharani) added gravitas to said characters by layering their performances.

Simmba, however, chooses to hammer home its flawed tale of morality with all the elegance of a construction worker high on Quaaludes. The film chooses to lessen the impact its secondary characters have on the story at large by either eliminating certain sequences or by restructuring its narrative. For example, Simmba and Ranade rarely, if ever, spend quality time solidifying their comradery. This, in turn, makes Simmba's shift and character and the film's shift in tone unearned, hasty and ultimately unrewarding to the audience. With a script playing for beats more than emotion and a director aiming for spectacle in exchange of sentiment, any good work the character actors put in is short-changed swiftly.

The disjointed nature of the script and story-telling bleeds into the other areas of the movie as well. We have lamented about the bane that are misplaced songs for 4,672 years now, and have come to concede that our shouts have fallen on deaf ears. Not only are the songs in this film misplaced, they add insult to injury by being tonally inconsistent with one another and with the score of the film. Each song is a music video unto itself and serves no purpose in the overall presentation of the movie.

Like the songs themselves, the visual grammar of the film boasts of grandeur but not of finesse. The film has a larger-than-life hero, action sequences that'd make Einstein sit up in his grave and rework his theories on physics, and meticulously designed and colour-coded locales but with extras inhabiting them that are as uncoordinated as can be. The film's failings can be traced back to a basic disregard for filmmaking conventions. If only Mr Shetty stayed in class and didn't run out in search of that obsolete book his teacher threw out.

But, then again, what that obsolete contains is that phrase "follow the star". Rohit Shetty takes that phrase and runs with it to such a degree that if one star can't balance out all the hysterical nonsense and unadulterated '90s schmaltz his film has to offer, he brings in reinforcements by the SUV-load. And if you have a problem with that, take it up with the Rohit Shetty Cinematic Universe coming soon to theatres near you, and we reassure you that the noise their cash registers create far outweighs any of our keyboard strokes.
Share. Save. Connect.
Tweet
SIMMBA SNAPSHOT 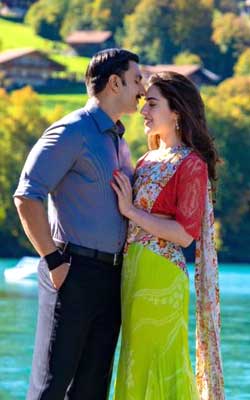 ADVERTISEMENT
This page was tagged for
Simmba ka tailor.
Simmba hindi movie
Simmba reviews
release date
Ranveer Singh, Sara Ali Khan
Follow @fullhyderabad
Follow fullhyd.com on
About Hyderabad
The Hyderabad Community
Improve fullhyd.com
More
Our Other Local Guides
Our other sites
© Copyright 1999-2009 LRR Technologies (Hyderabad), Pvt Ltd. All rights reserved. fullhyd, fullhyderabad, Welcome To The Neighbourhood are trademarks of LRR Technologies (Hyderabad) Pvt Ltd. The textual, graphic, audio and audiovisual material in this site is protected by copyright law. You may not copy, distribute, or use this material except as necessary for your personal, non-commercial use. Any trademarks are the properties of their respective owners. More on Hyderabad, India. Jobs in Hyderabad.