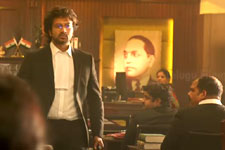 Anil Bandhakavi / fullhyd.com
EDITOR RATING
6.0
Performances
Script
Music/Soundtrack
Visuals
6.0
5.0
6.0
6.0
Suggestions
Can watch again
No
Good for kids
Yes
Good for dates
Yes
Wait for OTT
Yes
Every now and then, we may hit one of the more dreaded situations in life - being falsely accused of a crime so that someone else can carry on with their evil pursuits. And the heroic lawyer who comes in then to extricate the victim, while no new concept, is still far from obsolete. Thimmarusu, directed by Sharan Koppisetty, rewrites this age-old classic tale once again.

Ram (Satyadev Kancharana) works for a small law firm where he's clearly underutilised. The cases coming his way are much too simple for his aptitude as a lawyer. He's left to keeping himself stimulated by performing antics like aiming a loaded gun at the judge while making his case in the courtroom. His boss advises him to just focus on making money, but Ram is in the business for only one reason: upholding justice.

Meanwhile, Vasu (Ankith Koyya) is out on parole after serving eight years in prison for the murder of a taxi driver in 2013. This murder is one of a series of mysterious killings that were happening in the city at the time. The Taxi Drivers' Union is after Vasu for the compensation money that they had to pay the victim's family. Meanwhile, Ram lands a job at Rao & Associates, a leading firm in Hyderabad, that is interested in taking up Vasu's case free of cost, purely in the interest of delivering justice.

A demoralised and cynical Vasu claims that he was falsely implicated by a corrupt police officer by the name of Bhupathi Raju (Ajay), who used a knife from the pub where Vasu worked as a waiter as evidence. Ram decides to dump the compensation case and to reopen the 8-year-old murder case instead, to fight for Vasu's innocence.

Things are stacked against Ram as he makes his way through a maze of hidden clues - he finds out that Vasu was granted parole after admitting to the crime in a state of desperation, an old co-worker of Vasu is murdered as soon as they approach her to testify, and even his own life seems to be at risk as clearly someone is following his every step.

Thimmarusu has a lot going on to keep you invested. And they manage to keep the story well-balanced. All the complementary expectations that are hung around the neck of the Telugu filmmaker are included within reason - an ongoing romance in the hero's life, an assistant who's really there for comic relief, and a fight or two to remind us that the man is not just all brains.

Satyadev Kancharana plays the part envisioned by the storyteller. His depiction of the composed and focused stalwart, unperturbed by the expected obstacles that present themselves in the quest for victory, who is ready to roll up his sleeves and deliver some blows to the bad guys when there is no other recourse, is what holds this otherwise merely above-average story together. Even the timing of the well-choreographed fight is perfect and manages to add that one missing side to Ram's personality. The script, however, fails to give Kancharana an opportunity to hit an inspirational highpoint, like a powerful closing monologue.

The performances around Kancharana do well to support his mission. Brahmaji does well as Ram's assistant Sudhakar to fit well into the story and also bring a few laughs where you could use them.

The sometimes-convoluted story that grants itself some easy discounts here and there is engaging but not very spicy. At just over two hours, it makes you feel glad for not being dragged through any redundant or unnecessary sections. While there is a twist at the end which is a little over-ambitious, why not? It works. Additionally, the visuals are clean and well-executed, with a stock background score that will induce a sufficient emotional response.

Clearly, there is some post-lockdown excitement in the air as audience members seem like they're craving the joys of one of the most popular communal affairs, and Thimmarusu holds up in delivering the entertainment.
Share. Save. Connect.
Tweet
THIMMARUSU SNAPSHOT 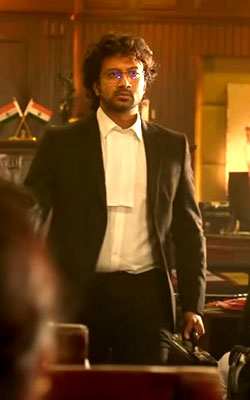 ADVERTISEMENT
This page was tagged for
Thimmarusu telugu movie
Thimmarusu reviews
release date
Satyadev Kancharana, Priyanka Jawalkar
theatres list
Follow @fullhyderabad
Follow fullhyd.com on
About Hyderabad
The Hyderabad Community
Improve fullhyd.com
More
Our Other Local Guides
Our other sites
© Copyright 1999-2009 LRR Technologies (Hyderabad), Pvt Ltd. All rights reserved. fullhyd, fullhyderabad, Welcome To The Neighbourhood are trademarks of LRR Technologies (Hyderabad) Pvt Ltd. The textual, graphic, audio and audiovisual material in this site is protected by copyright law. You may not copy, distribute, or use this material except as necessary for your personal, non-commercial use. Any trademarks are the properties of their respective owners. More on Hyderabad, India. Jobs in Hyderabad.