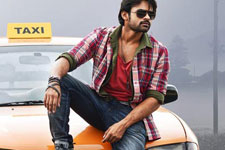 Ravi Kandala / fullhyd.com
EDITOR RATING
5.5
Performances
Script
Music/Soundtrack
Visuals
7.0
5.0
4.0
7.0
Suggestions
Can watch again
No
Good for kids
No
Good for dates
No
Wait to rent it
No
Sai Dharam Tej seems like a sensible guy - one who's aware of his limitations. He does not have lofty aims of doing probing cinema or trying something that might entail critical appreciation, and is content doing masala that will appeal to a wide spectrum of audience providing them with basic entertainment and ensuring his producers land on their feet. Supreme is another such attempt.

Supreme is about a cab driver Balu (Sai Dharam Tej). He drives a cab named Supreme, and gets supremely irritated when anyone honks behind him - every time someone does this, he presses a button which thrusts a couple of drills out of his car and into the offender's vehicle. If he really did this on Hyderabad roads he'd be lynched in less than 30 minutes, but we'll let that pass.

Balu meets a boy Raja (Mikail Gandhi) who's an orphan and takes him home. Come interval and Raja is kidnapped by a group of thugs headed by Bhiku (Ravi Kishen) at the behest of a bigger group of thugs headed by Vikram Sarkar (Kabir Duhan). Balu then finds out that the boy has certain documents that could protect the livelihood of more than 15,000 people, and takes on the challenge of taking the boy safely to the court along with the documents. How he does that forms the second half of the movie.

Supreme is a plot ripe for spawning a masala entertainer. The first half passes off quickly with some comedy, a romantic track and some sentiment. The narrative is perfectly poised by the interval. Right after it, Sai Kumar gives us an equation - an 8-year-old boy, four documents, two baddies, a few thousand kilometres, 72 hours and 15,000 lives. This should've made for a breathless next hour, and that is where Supreme falters. Instead of turning a high-octane chase, the film slows down quite a bit with a comedy track involving Posani and Srinivas Reddy, and then pauses for a couple of songs in between, taking the fizz out of the proceedings.

There are a couple of chase sequences as well that don't work as well as expected. And the fight with a bunch of physically disabled body-builders also goes on for way too long diluting the impact of the scene. All these put together drag Supreme down post the interval, resulting in a mildly unsatisfactory experience.

The acting is all the masala movie emoting of yore. Sai Dharam Tej, like we said earlier, works hard, dances well, and tries to emote. Rashi Khanna is decent and manages to evoke a few chuckles. The supporting cast including Sai Kumar, Rajendra Prasad and Murali Mohan, a gang of comedians including Posani, Srinivas Reddy, JP, Raghu Babu, Prudhvi and Prabhas Seenu, and the baddies including Ravi Kishen and Kabir Singh prop the movie up quite a bit.

The music is less than remarkable but Dharam Tej's dancing skills keep the audience engaged. The film is mounted well, but that is something that you would expect from a Dil Raju production anyway. Anil Ravipudi shows us the sensibilities of a Farah Khan, recycling masala moments in a spoofy manner while also respecting them, but he needs to sharpen his skills some more.

Supreme is a completely formula entertainer, but considering this is summer, it might just turn out to be a surprise performer. See this one if your ethics permit you to watch a routine movie.
Share. Save. Connect.
Tweet
SUPREME SNAPSHOT 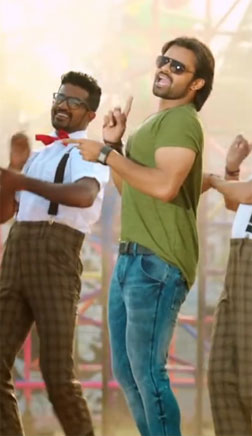 ADVERTISEMENT
This page was tagged for
Supreme telugu movie
Supreme reviews
release date
Sai Dharam Tej, Rashi Khanna
theatres list
Follow @fullhyderabad
Follow fullhyd.com on
About Hyderabad
The Hyderabad Community
Improve fullhyd.com
More
Our Other Local Guides
Our other sites
© Copyright 1999-2009 LRR Technologies (Hyderabad), Pvt Ltd. All rights reserved. fullhyd, fullhyderabad, Welcome To The Neighbourhood are trademarks of LRR Technologies (Hyderabad) Pvt Ltd. The textual, graphic, audio and audiovisual material in this site is protected by copyright law. You may not copy, distribute, or use this material except as necessary for your personal, non-commercial use. Any trademarks are the properties of their respective owners. More on Hyderabad, India. Jobs in Hyderabad.