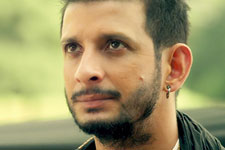 Josh / fullhyd.com
EDITOR RATING
3.5
Performances
Script
Music/Soundtrack
Visuals
6.0
4.0
6.0
7.0
Suggestions
Can watch again
Yes
Good for kids
No
Good for dates
Yes
Wait to rent it
No
It isn't without some horror that we at fullhyd.com walk into Bollywood horror films. No, not that we're afraid of ghosts (we're assuming you'll never see us in an underground parking lot after a late night show) - we're just afraid of these films. Because, most often, horror films are horrible films. Most of them try to pass off CGI and a loud score as filmmaking. Where there is a deficit of a story, it is filled up with sex scenes (causing far too many men to use the mind-boggling line "I'm watching it for the plot"). And the actors are a pitiable lot, but you wish they wouldn't resent their life choices while still on camera.

In this vein, we walked into the hall expecting a bad, bad film. Just look at the title. 1920 London. It is as clueless as it could get. The title, despite the fully valid but useless argument that the film is set in London in 1920, has little to with the film. It makes about as much sense as calling Dabangg, 2009 Laalganj (wrap your head around that). Going further, when was the last time Sharman Joshi was associated with good value for money? Then some plot synopsis talks about black magic and witchcraft, and you're pretty sure this stuff is going to hurt your head.

But therein lies the wrinkle. 1920 London is an horror film, sure. But it isn't an outrightly horrible film.

To begin with, it isn't a one-line plot. Princess Shivangi (Meera Chopra) is happily married to Prince Kunwar Veer Singh (Vishal Karwal). It is a life of luxury and peace in London until, one day, Veer's family sends an expensive ornament as a gift. Soon, Veer Singh is taken by some terrible disease which causes his body to degenerate and twist in sickly ways. After concluding that this has to be the doing of black magic, Shivangi reaches out for help from the only man who can save her husband - Mewad ka Baba. Only trouble is, the learned and generous Baba is Shivangi's old flame Jai Singh (Sharman Joshi), who is still writhing in the sting of her betrayal.

In a general situation, the conflation of a triangular love story with a horror plot is biting off more than one can chew. Such a decision shows a desperation to dump into the film anything that might keep the viewer occupied without realising their boredom. However, 1920 London somehow manages to intertwine them without it all looking like a disaster. It is a silly and ordinary story all right, but immiscible tracks isn't the problem. There's much else to lampoon. Like the production design, which clothes the heroine like she were playing dress up. Or the actors who are delivering the silliest lines. Or the writing, which, of course, uses such beaten tropes. Or those horror set pieces, which come nowhere close to leg-grabbing.

However, good horror isn't about the cheap thrills (they are necessary but not sufficient). If a bunch of dumb teenagers stick in a haunted house waiting to be killed one by one, we believe they deserve that fate. We aren't scared, and more significantly, we aren't worried. The reason 1920 London redeems itself to some extent is, within its own world and its own dynamics, it places enough constraints to make you care. It makes you worry for its characters. And then when a ghost screams from behind, you dread it. Because the film's somehow managed to pull you into its narrative.

And the cast try hard despite the disillusionment that can be caused by the clarity that this is going to be a certified dud. It is like all the crew were made to sign a pact which goes like, "I, a member of this ridiculously titled movie, hereby wholeheartedly vouch that I'll do whatever I can for this film. No matter how ludicrous it seems, no matter how beaten to death it feels, no matter how unlikely it is to taste success, I'll do my best to keep this film afloat and push all my doubts aside when I make my contribution."

So, yes, you don't find it easy to call 1920 London outrightly horrible. Now, is it great cinema? Hah, that's a laugh - of course it isn't. It barely manages to be tolerable. However, if you go with your usual low expectations for a Bollywood horror film, you might find this just about passable.
Share. Save. Connect.
Tweet
1920 LONDON SNAPSHOT 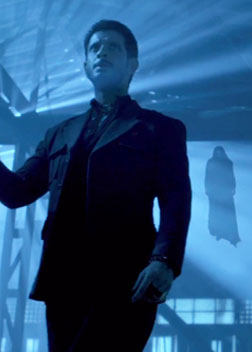 ADVERTISEMENT
This page was tagged for
1920londonhindimovie
1920 London hindi movie
1920 London reviews
release date
Sharman Joshi, Meera Chopra
Follow @fullhyderabad
Follow fullhyd.com on
About Hyderabad
The Hyderabad Community
Improve fullhyd.com
More
Our Other Local Guides
Our other sites
© Copyright 1999-2009 LRR Technologies (Hyderabad), Pvt Ltd. All rights reserved. fullhyd, fullhyderabad, Welcome To The Neighbourhood are trademarks of LRR Technologies (Hyderabad) Pvt Ltd. The textual, graphic, audio and audiovisual material in this site is protected by copyright law. You may not copy, distribute, or use this material except as necessary for your personal, non-commercial use. Any trademarks are the properties of their respective owners. More on Hyderabad, India. Jobs in Hyderabad.