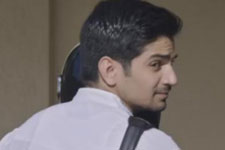 Josh / fullhyd.com
EDITOR RATING
6.5
Performances
Script
Music/Soundtrack
Visuals
7.0
9.0
7.0
5.0
Suggestions
Can watch again
Yes
Good for kids
Yes
Good for dates
Yes
Wait to rent it
No
You've got to hand it to the Malayalis - they spin some of the best yarn. Innovative ideas aren't all that uncommon in India, but the way those ideas get shaped and sculpted in Kerala is often a matter of wonderment. Take Drushyam for instance - with an idea sourced from a Japanese novel it becomes an Indian film with thoroughly Indian characters. It isn't just the pacing or the detailing - the emotional rhythms of that thriller resonate with the drama-seekers that we are. Traffic (a remake of a 2011 Malayalam film by the same name), too, boasts of such fine writing accorded to an already exciting plot.

The story, based on a true incident in Chennai, has to do with a heart transplant operation where the transport of the heart proves to be a bigger problem than the transplant of the heart. The donor is situated some 160 km away from the 12-year-old recipient. With roughly 150 minutes on hand and no permissions to fly a chopper (owing to bad weather), the traffic police co-ordinate a nail-biting mission carrying the heart from Mumbai to Pune by road through the city traffic. Please take a moment to reflect on that - this reviewer took 45 minutes to reach a theatre which was 5 km away. City traffic can literally stop hearts.

Most writers would make it a straightforward narrative, but not in this case. Writers Sanjay and Bobby use a multiple-threads format and fill each thread with an engaging human story of its own. So you have the disgraced cop (Bajpai) who wants an opportunity to make up for his sins. There's the family (Khedekar and Gidwani) who have to make the tough decision of donating the heart of their alive but brain-dead son. There's the other family (Chatterjee and Dutta) who are desperate to save their girl but can't seem to push through the circumstances. And there's the traffic police commissioner (Jimmy Shergill) who is reluctant initially but then decides to make history.

All of this is fascinating material. The four mentioned above and two other subplots are masterfully interwoven, and each one of them is constructed with much care. Traffic is indeed a superb script. It is with these plaudits that we now come to the trouble with Malayali filmmakers (Rajesh Pillai, the director of the original makes the Hindi one, too).

Barring the Triple-A coterie (Anjali Menon, Anwar Rasheed and Alphonse Pothren) and their pals who make rather sublime cinema, the rest of Kerala's filmmakers seem to think that filmmaking is just mechanically reproducing the script on celluloid. The general effect is one of feeding the script as input to a machine which then whirrs and chugs and generates a completed film as the output (not unlike Roald Dahl's Automatic Grammatisator). Traffic, too, suffers from this mechanical approach.

The tepid execution can be sensed in the way the junior artistes are directed (some of them seem to believe they are in a school play), the way even the competent cast can't make you believe some things (Bajpai to Shergill, they all try, but something is missing here as opposed to their usual effortless performances), or the way you can't help but notice the tiny flaws like how a mother whose child is dying is perfectly made up with an enviable hairdo. The cinematography and editing don't overwhelm, either - with a plot so engaging, you still experience boredom occasionally.

While this is the case with a good part of the runtime, the movie (thankfully) breaks even in the third act. By this time you're neck deep in the plot, and things take a smashing turn when the vehicle carrying the heart has to pass through a terribly congested location called Bilal Colony. Part of it is just the song in the background, "Vithala". As the powerful number pulsates in your ears, the visuals on the screen spring to life as well. It's like the people in the editing room woke up and decided to do justice to the song. All put together, it makes for tremendously satisfying viewing, and you walk out of the theatre thoroughly stirred.

Thematically, the inspiration from Alejandro Innaritu's Amores Perros is obvious. However, we'd like to draw your attention to a different aspect of the film - one of diversity. At one point, Jimmy Shergill bellows that Mumbai traffic is like a spider's intricate web. That might be true, but the film showcases a more superbly intricate web, one that one we call society. It is just amazing when you consider the richness of variety at display here.

A powerful star who is helpless at his daughter's deathbed, fans who go well out of their way to help him, cops yielding to corruption, cops yearning for redemption, youngsters with contemporary ambitions and values, their parents of a different generation at loggerheads with them, Hindu processions, Muslim colonies, heartbroken lovers and betrayed friends - a society made up of all these and more disparate elements, coming together in an unlikely attempt to save a life. Stupefying, and, still, possible.

As we go through our humdrum living getting accustomed to regularity and blind to the unfamiliar, a story like Traffic gives us a reason to reflect on this extraordinary world that we live in. That is perhaps worth the dough you shell out at the box-office.
Share. Save. Connect.
Tweet
TRAFFIC (2016) SNAPSHOT 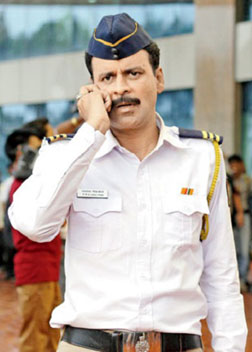 ADVERTISEMENT
This page was tagged for
information on movie traffic (2016) for movie review
traffic full hindi 2016
Traffic (2016) hindi movie
Traffic (2016) reviews
release date
Follow @fullhyderabad
Follow fullhyd.com on
About Hyderabad
The Hyderabad Community
Improve fullhyd.com
More
Our Other Local Guides
Our other sites
© Copyright 1999-2009 LRR Technologies (Hyderabad), Pvt Ltd. All rights reserved. fullhyd, fullhyderabad, Welcome To The Neighbourhood are trademarks of LRR Technologies (Hyderabad) Pvt Ltd. The textual, graphic, audio and audiovisual material in this site is protected by copyright law. You may not copy, distribute, or use this material except as necessary for your personal, non-commercial use. Any trademarks are the properties of their respective owners. More on Hyderabad, India. Jobs in Hyderabad.