The Man Who Knew Infinity Review 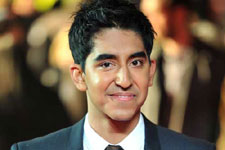 Josh / fullhyd.com
EDITOR RATING
7.0
Performances
Script
Music/Soundtrack
Visuals
8.0
7.0
8.0
8.0
Suggestions
Can watch again
No
Good for kids
Yes
Good for dates
Yes
Wait to rent it
No
This is a fanboy review. I'm a fan. Not of the film or the stars per se, but of the source material of this film. I'm a fan of the people involved. Of Srinivasa Ramanujan, of G H Hardy, and, oh yes, of Bertrand Russell (I think of him like Mowgli would think of Baloo).

So when a film brings these people to life and has them interact with witticisms, with hope, and with despair, I have a similar experience to what my grandmother experienced when she watched Lord Rama on the big screen.

Now, does any of that make the film good or bad? Not really. It just means I notice and strongly react to things that others might not care for. Like when John Littlewood jollily claims that Newton "invented" gravity, I experienced a twist in my gut. It isn't like earlier apples generally flew out of earth's orbit and one fine day Newton got them to promptly drop to the ground. He merely "discovered" the law of gravity without ever having the slightest influence on how it worked.

But let me sober up now, and carry out my duties.

You might perhaps be aware of the sensational but tragic life of Ramanujan (Dev Patel) where he goes from being a paltry clerk in Madras to being the most famed mathematician of the last century. And yeah, the utterly tumultuous journey therein. The film follows this template, quite like you would expect a biopic to. And it does function as a usual biopic in other quarters, and that is where my chief gripe with the film lies.

The Man Who Knew Infinity barely scratches the surface of the mathematics of the man who knew infinity. I'm not saying you make it a lecture on Cauchy functions. What I'm saying is, as far as Ramanujan and Hardy are concerned, mathematics stops being that dreary algorithmic mess that we struggle with to get into and get through college. Mathematics, to these people, is a creative art, and among the highest pursuits of human life. Like music, and like painting, it is the joyful discovery and painstaking creation of patterns on the very frontiers of human experience.

And that aspect is lost when a biopic chooses to make its subject look more like an achiever and less of an artist. When you only see the struggle and the oohs and aahs of the people around him, you could very well think of Ramanujan as Usain Bolt, when he is more of Beethoven. It is my sincere belief that a biopic of such a man and such a mind could have made more than a couple of feeble attempts to actually communicate the specific kind of genius he is. It is difficult but it ought to have been attempted.

But I can't really hold it against a film for not aiming at greatness. Particularly when it does well with whatever aspirations it set for itself. The craft of The Man Who Knew Infinity is noteworthy. It is amazing how authentic the Madras portions feel. Aside from the authenticity, there are the aesthetic aspect of the cool coconut groves, the calming waves of the Bay Of Bengal, and the flute notes in the background score. The England portions with the backdrop of the First World War take a more gloomy colour. And that also works to underline the agony of the leading man in the land far away.

Furthermore, the choices by which the film distinguishes itself are the ones that handle the human aspect of this troublesome tale.

The relationships that the movie portrays are (cinematically, although not factually) fine work. Like that between Ramanujan and his wife Janaki (Devika Bhise). To empathise with Ramanujan's suffering in England, you need that background of having someone of his own and yet being away at a place where there is no one. Each of those letters they write to each other sounds like an embrace, and Patel and Bhise make a beautiful screen couple.

More importantly, there is that relationship between him and his benefactor G H Hardy (Jeremy Irons). Although Ramanujan's life and worries (and Dev Patel's accented but competent portrayal) take centrestage, it doesn't take a very keen mind to gather that Hardy is the more interesting personality of the two. For instance, he makes great efforts to provide Ramanujan with all that the genius needs to work with, and yet he barely gives him the sense of warmth that a person might need in an unwelcoming foreign country. The movie goes so far as to suggest that this distance between the two men (who find a close friendship when it's already too late) was possibly partly responsible for Ramanujan's fate. Intriguing premise.

And Jeremy Irons is everything that I thought G H Hardy would be (in what little I gleaned from the latter's "A Mathematician's Apology"). His motivations, his discomfort, his discomfort with his discomfort, and that brief quiver in his face when he learns of Ramanujan's death - Irons is golden as Hardy.

With these two relationships making the crux of the plot and the first World War setting the context, the film draws you into the world that saw genius being encouraged (by Hardy and Littlewood), rejected (by other professors at Trinity), racially profiled, and rightfully recognised. Exhilarating and moving, The Man Who Knew Infinity with its humble aspirations still makes for involved viewing.
Share. Save. Connect.
Tweet
THE MAN WHO KNEW... SNAPSHOT
THE MAN WHO KNEW INFINITY SNAPSHOT 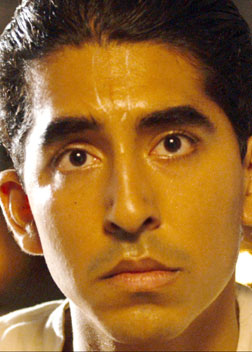 ADVERTISEMENT
This page was tagged for
The Man Who Knew Infinity english movie
The Man Who Knew Infinity reviews
release date
Dev Patel, Jeremy Irons
theatres list
Follow @fullhyderabad
Follow fullhyd.com on
About Hyderabad
The Hyderabad Community
Improve fullhyd.com
More
Our Other Local Guides
Our other sites
© Copyright 1999-2009 LRR Technologies (Hyderabad), Pvt Ltd. All rights reserved. fullhyd, fullhyderabad, Welcome To The Neighbourhood are trademarks of LRR Technologies (Hyderabad) Pvt Ltd. The textual, graphic, audio and audiovisual material in this site is protected by copyright law. You may not copy, distribute, or use this material except as necessary for your personal, non-commercial use. Any trademarks are the properties of their respective owners. More on Hyderabad, India. Jobs in Hyderabad.