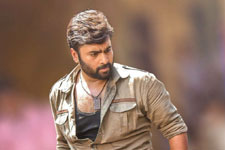 Ravi Kandala / fullhyd.com
EDITOR RATING
3.0
Performances
Script
Music/Soundtrack
Visuals
4.0
3.0
2.0
7.0
Suggestions
Can watch again
No
Good for kids
No
Good for dates
No
Wait for OTT
No
They had no idea what to do with Raja Cheyyi Vesthe (RCV). Trust us.

Well, they probably did have an idea - an aspiring filmmaker is asked to write a script about killing a ruthless villain who has wronged many people, and once he's written the script, is blackmailed into doing the killing as well. How he goes about accomplishing this task while protecting his loved ones should've made for a thrilling plot.

The team of RCV had other ideas, though. They thought they would put a half-baked love story in there. And a few utterly unnecessary songs. And a whole lot of mother sentiment. And a revenge angle. And an unnecessary flashback to re-establish the ruthlessness of the villain which has been established myriad times already through the movie. And a cutesy song with a bunch of kids. And around 20 more shots establishing the ruthlessness of the villain. And a final fight with everyone that the villain ever wronged. Yes, an unpalatable hotchpotch it indeed is.

So Rajaram (Nara Rohit) is a filmmaker running around producers' offices narrating stories while also making time for meet cutes with his girlfriend Chaitra (Isha Talwar). He receives an anonymous courier one day asking him to write a love story and email it to a director. He does the same. He then receives a second email asking him to pen the climax of an action film which involves a common man killing a ruthless villain. The next thing you know, he's received a gun and a photo of Manek (Tarakaratna) who he has to kill failing which he and his loved ones will be killed.

Even as Raja struggles to figure out who's doing this to him, twist after twist comes in, and Raja finds himself up for the job. He decides he has to kill the villain no matter what. How he goes about doing that forms the last 15 minutes of Raja Cheyyi Veste. And therein, as we've mentioned before, lies the problem.

RCV falters in the fact that it builds a lot of good suspense around incidents, and then reveals the suspense in a matter of minutes. You want to sit there and double guess the director and then be proved right, but even before you can apply your mind, the twist is out. The entire second half proceeds on these lines, and after the first couple of twists, you stop bothering. Also, many scenes run for several minutes and end with absolutely no payoff. The director thinks he's brought them all together towards the end, but sadly, that is only his perception.

The performances are all uni-dimensional. Nara Rohit's lines roll off his tongue a bit too easily - you're waiting for him to stress on some lines or show some feeling in some others, but they all come off like casual conversations rather than like dialogues. Tarakaratna decides to let his contact lenses do the talking - his look is good, but his dialogue delivery is stunted, with the menace in his eyes not reflecting in his voice. Isha Chawla seems to have just one expression. There's a scene where the hero reveals to her that the villain knows her location and that she's in danger - she just lifts her face and looks at the camera with a blank face that reveals absolutely nothing. Good for poker, but bad for films.

The film looks good, but that's about it. The songs are forgettable. The re-recording is bad, too - you'll need to struggle to hear the dialogue over the background score in several scenes.

Raja Cheyyi Vesthe loses its plot way too early and does not manage to recover. Give this one a miss. Nara Rohit needs to take a break - three releases in two months with not even one movie doing any decent business does not augur well.
Share. Save. Connect.
Tweet
RAJA CHEYYI VESTE SNAPSHOT 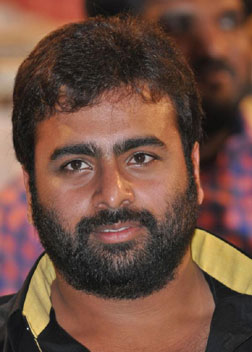 ADVERTISEMENT
This page was tagged for
Raja Cheyyi Veste telugu movie
Raja Cheyyi Veste reviews
release date
Nara Rohit, Isha Talwar
theatres list
Follow @fullhyderabad
Follow fullhyd.com on
About Hyderabad
The Hyderabad Community
Improve fullhyd.com
More
Our Other Local Guides
Our other sites
© Copyright 1999-2009 LRR Technologies (Hyderabad), Pvt Ltd. All rights reserved. fullhyd, fullhyderabad, Welcome To The Neighbourhood are trademarks of LRR Technologies (Hyderabad) Pvt Ltd. The textual, graphic, audio and audiovisual material in this site is protected by copyright law. You may not copy, distribute, or use this material except as necessary for your personal, non-commercial use. Any trademarks are the properties of their respective owners. More on Hyderabad, India. Jobs in Hyderabad.