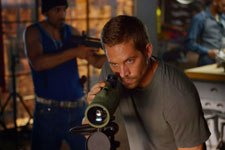 Nupur Barua / fullhyd.com
EDITOR RATING
5.0
Performances
Script
Music/Soundtrack
Visuals
5.0
4.0
5.0
6.0
Suggestions
Can watch again
No
Good for kids
No
Good for dates
No
Wait for OTT
No
It is now officially the era of official remakes. Either filmmakers have run out of ideas, or they feel (sometimes, rightly so) the need to retell a story that may have been ahead of its times then, but is relevant now.

Film buffs who swear allegiance to the originals may need to relax with their outright rejection of a tampered classic, but more often than not, they are justified. And when Hollywood, the mother of all things experimental, decides to pick up a decade-old French film that was written by Luc Besson, you would think there is enough reason to not denounce the effort - but somehow, again, the remake of District 13 (or Banlieue 13, French title) ends up being a spoof of sorts of the original in its new avatar, Brick Mansions.

As with the original, there is a dystopian society that is in need of some intervention. Detroit, in the future, is a walled city, under martial law. There are rules, and the people in the brick mansions (hence the title) are forced to live in terror and fear. The wall is supposed to contain all crime within its premises (and the law resides outside its premise), and it is here that Lino (David Belle) grew up.

Lino has a problem with the drug lord Tremaine (RZA), who rules the area with an iron fist and dresses in gaudily expensive clothes that scream evil. Lino crosses paths with Tremaine once too often, and is repaid with the villain kidnapping his ex-girlfriend Lola (Catalina Denis).

Lino needs help. Even with his parkour and intelligence, there is only so much he can do to defy the menace. This is when the law (that, as mentioned, resides outside the walls) sends help in the form of Damien Collier (Paul Walker), an undercover cop.

Lino, an ex-convict, does not care much for the cop, but the latter knows that he has to build a relationship with the faster-than-thought-when-running guy, if his mission is to succeed. Together, they can prove to be a formidable opponent to Tremaine and his ilk, but will they succeed?

If you have watched the original, you already know the outcome. And the story. The plot is not too different from that of the French film, except for the setting. Remember that the sequel to the French movie was not as well accepted as the original, and remember that this was more than 10 years ago. On hindsight, it was relevant then, only because it was original and fresh.

The parkour element gave rise to a large number of YouTube videos of young boys and guys emulating the French actor. Parkour has not yet died a natural death as a trend, but the fact remains that it is not a novelty. So although all that jumping from buildings and other similar stuff is still a thrill to watch, it does not give you goosebumps.

Brick Mansions is an action movie - which means that the story is not important, although the writers try to bring in emotions like revenge and camaraderie. Characters are black and white and grey. The bad guys are black, literally, and the good guys are white, again, literally, so this movie is an interesting take on racism and perceptions as well.

If the movie is trying to warn us of the impending doom that all our societies will face eventually, we have already seen similar warnings in countless other movies, so the threat is not so shocking. The dialogues, in true action movie style, have some forced humour, and some original lines that make you smile. The bromance is awkward, because it only involves intense glares at each other (the lead characters). And yes, the actual villains are, inevitably, the same people who wield all the power.

This is Paul Walker's last movie, and he will be missed, of course. Something tells you that he knew he would never get to act again, and in this role, he gives it all he has. He is fascinating to watch. However, he is not as flexible as David Belle, who reprises his role from the original. The French actor is still fit, a little buffed up maybe, but astonishingly fast.And more believable as the angry young man.

RZA looks like he will break into a rap number any moment. The other actors do their bit, and they have fun while at it, evidently. Nobody seems too serious about their acting, overall, including the mandatory hot girl and the aggrieved girlfriend.

The production design is dismal, as is should be, given the tone of the movie. While this is effective, it becomes a bit too staged after a point. How dystopian can one get, after all, given the competition one has in such genres?

The costumes are normal, and nothing to write home about. The cinematographer seems tired of the action, although some sequences still make you gasp. And the editing is crisp, which is a relief.

There is no reason to watch Brick Mansions, unless you are a fan of Paul Walker. In fact, we recommend this movie only because he stars in it. There is something so sincere about him that you may find yourself trying to swallow a lump in your throat. And after you watch the movie (or even if you do not), rent out the DVD of the French original.
Share. Save. Connect.
Tweet
BRICK MANSIONS SNAPSHOT 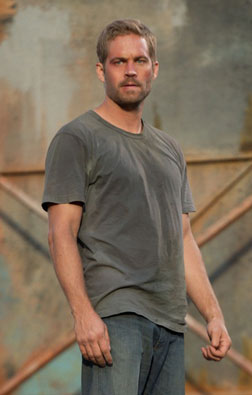 ADVERTISEMENT
This page was tagged for
Brick Mansions english movie
Brick Mansions reviews
release date
Paul Walker, David Belle
theatres list
Follow @fullhyderabad
Follow fullhyd.com on
About Hyderabad
The Hyderabad Community
Improve fullhyd.com
More
Our Other Local Guides
Our other sites
© Copyright 1999-2009 LRR Technologies (Hyderabad), Pvt Ltd. All rights reserved. fullhyd, fullhyderabad, Welcome To The Neighbourhood are trademarks of LRR Technologies (Hyderabad) Pvt Ltd. The textual, graphic, audio and audiovisual material in this site is protected by copyright law. You may not copy, distribute, or use this material except as necessary for your personal, non-commercial use. Any trademarks are the properties of their respective owners. More on Hyderabad, India. Jobs in Hyderabad.