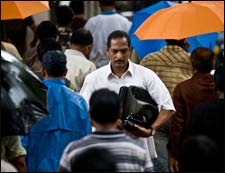 Deepa Garimella / fullhyd.com
EDITOR RATING
2.0
Performances
Script
Music/Soundtrack
Visuals
7.0
3.0
5.0
6.0
Suggestions
Can watch again
No
Good for kids
No
Good for dates
Yes
Wait for OTT
Yes
Tum Milo Toh Sahi is one those quiet, unassuming movies that donâ€™t care much for decibel, drama or dough. It is mostly a small-screen watch, and though not a bad movie, it doesnâ€™t make much of an impact on either the viewer or on the box office.

The plot is made up of multiple threads that keep converging at a coffee shop called Lucky Cafe. Run by the high-spirited Dilshad Nanji (Dimple Kapadia) more like a home and less like a commercial enterprise, the food joint is frequented by a bunch of miscellaneous Mass Communication students of a nearby college. One of the stories has Bikramjeet Singh (Rehan Khan), a fresher of this college, trying to woo his senior Shalini (Anjana Sukhan), a regular at Lucky Cafe.

Then, there is Amit (Sunil Shetty), a corporate honcho who has major squabbles with his wife Anita (Vidya Malvade), who in turn confides in Dilshad. And lastly but most interestingly, Nana Patekar plays Subramaniam, a grouchy single old man who keeps lecturing even strangers on how to behave themselves. Dilshad tries to strike a friendship with the crabby Subramaniam, who eventually does melt down.

Trouble starts when Amitâ€™s company (Mohnish Behl and Amit Behl) starts creeping up to buy out Lucky Cafe, a move that offends the sentiments of not just Dilshad, but of everyone associated with the cafe. Subramaniam and the college crowd all pitch in to save the eatery.

The story is less of a full-fledged plot and more of a loosely strung series of individual situations. Besides having the three couples/pairs depict various stages of a relationship, the film also takes up the "corporate greed vs human emotion" cause. However, the mildness of the proceedings makes the whole flick much less than engaging to sit through.

For example, the conflict between the bakery and the company is dealt with in a rather naÃ¯ve way, and even when you hope the wry Subramaniam pitching in as lawyer will up the IQ of the happenings on screen, the film continues to be laid back in its approach.

Performances are pretty nuanced, and expectedly, Nana Patekar delivers the most engaging of them all. However, Dimple Kapadia bags most of the limelight here. The actress does a decent job, though not as spirited as audiences used to her energy are probably expecting. Suniel Shetty is good, and Vidya Malvade and Anjana Sukhani deliver some okayish performances.

The cinematography isnâ€™t amateurish, and the glossiness of the regular Bollywood offering is quite in place. And the music alternates between being lilting and peppy, but ends up not making sense a lot of the time. If youâ€™re interested, thereâ€™s an item song by Tanisha Mukherjee as well.

In short, this is a movie that'd do a respectable job of filling an empty afternoon, provided you're okay with a dose of nothingness.
Share. Save. Connect.
Tweet
TUM MILO TOH SAHI SNAPSHOT

See Tum Milo Toh Sahi full details
TUM MILO TOH SAHI USER REVIEWS
1 - 1 OF 1 COMMENTS
POSITIVE  |  NEGATIVE |  NEWEST  |  OLDEST  |  MOST HELPFUL  |  LEAST HELPFUL
USER RATING
5.0
2 USERS
Performances
Script
Music/Soundtrack
Visuals
7.0
5.0
3.0
5.5
Can watch again - No
Good for kids - Yes
Good for dates - No
Wait for OTT - Yes
Krishna on 5th Apr 2010, 9:06am | Permalink
Don’t waste your money on this ill executed venture. No idea why Nana Patekar had to be a Tam. They could’ve easily made him a Maharashtrian or taken someone from Kollywood for the role.

ADVERTISEMENT
This page was tagged for
tum milo toh sahi movie in hindi
tum milo toh sahi movie in blu-ray
tum milo to sahi budget movie
Tum Milo Toh Sahi hindi movie
Tum Milo Toh Sahi reviews
Follow @fullhyderabad
Follow fullhyd.com on
About Hyderabad
The Hyderabad Community
Improve fullhyd.com
More
Our Other Local Guides
Our other sites
© Copyright 1999-2009 LRR Technologies (Hyderabad), Pvt Ltd. All rights reserved. fullhyd, fullhyderabad, Welcome To The Neighbourhood are trademarks of LRR Technologies (Hyderabad) Pvt Ltd. The textual, graphic, audio and audiovisual material in this site is protected by copyright law. You may not copy, distribute, or use this material except as necessary for your personal, non-commercial use. Any trademarks are the properties of their respective owners. More on Hyderabad, India. Jobs in Hyderabad.