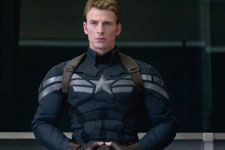 Nupur Barua / fullhyd.com
EDITOR RATING
7.0
Performances
Script
Music/Soundtrack
Visuals
6.0
7.0
6.0
8.0
Suggestions
Can watch again
Yes
Good for kids
Yes
Good for dates
Yes
Wait to rent it
No
The Russo brothers, Anthony and Joe, are known for their comedies on both television and the big screen (You, Me And Dupree and Arrested Development are their most famous works). So it is indeed surprising to know that not only have they directed Captain America: The Winter Soldier, but that they have also signed up for its sequel. Sceptical? Do not be, trust us, because these brothers have exhibited a depth for characters that nobody knew they were capable of.

If you are a graphic novel buff who believes in superheroes, this is definitely one movie you cannot afford to miss. And for those who missed the other films before this one, do not fret. You can always begin anew, and then hire DVDs to learn more about the back story.
Share. Save. Connect.
Tweet
CAPTAIN AMERICA: THE WINTER... SNAPSHOT
CAPTAIN AMERICA: THE WINTER SOLDIER (3D) SNAPSHOT 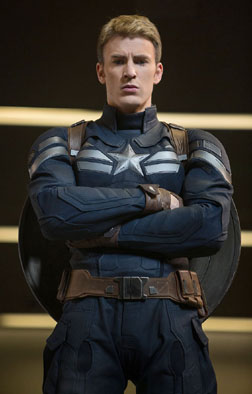 ADVERTISEMENT
This page was tagged for
Captain America: The Winter Soldier (3D) english movie
Captain America: The Winter Soldier (3D) reviews
release date
Chris Evans, Scarlett Johansson
theatres list
Follow @fullhyderabad
Follow fullhyd.com on
About Hyderabad
The Hyderabad Community
Improve fullhyd.com
More
Our Other Local Guides
Our other sites
© Copyright 1999-2009 LRR Technologies (Hyderabad), Pvt Ltd. All rights reserved. fullhyd, fullhyderabad, Welcome To The Neighbourhood are trademarks of LRR Technologies (Hyderabad) Pvt Ltd. The textual, graphic, audio and audiovisual material in this site is protected by copyright law. You may not copy, distribute, or use this material except as necessary for your personal, non-commercial use. Any trademarks are the properties of their respective owners. More on Hyderabad, India. Jobs in Hyderabad.