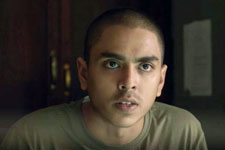 T J Reddy / fullhyd.com
EDITOR RATING
5.5
Performances
Script
Music/Soundtrack
Visuals
7.0
5.0
7.0
7.0
Suggestions
Can watch again
No
Good for kids
No
Good for dates
No
Wait to rent it
Yes
Watching Rukh reminded me of 2016 Kannada film Godhi Banna Sadharan Mykattu (a highly recommended movie). A story of a young man in the search of some truths while being aided by a woman and a sub-plot that involves a few shady figures is eerily similar. What make the two movies similar are the plot threads and stellar acting, and what differentiate them are Rukh's quiet environments, lack of colour and much defter touch when it comes to exploring the human elements behind a whodunit.

As soon as 18-year-old Dhruv (Adarsh Gourav) thinks he has found his freedom from parental coddling and indulges in his urge to explore by living alone, he is dragged right back into his seemingly unavoidable home life when his father Diwakar (Manoj Bajpayee), a leather company proprietor, meets his maker via a road accident. A young man who doesn't care about any issue his family faces, Dhruv comes down to perform the final rites.

While he listlessly executes his duties, his keen sense of the world and the people around him flicks a switch in his head which whispers to him that his father's death might not be as accidental as it seems. Armed with the will of a pitbull and the haircut of a skinhead, Dhruv begins the peel the layers off the mystery of his dad's death, and consequently his personal understanding of his father.

Rukh is held back from being truly spell-binding by many little aspects film nerds hold near and dear. The movie is a collection of powerfully acted, excellently staged scenes held together by a single inciting incident and a flimsy twist. It makes it a point to keep the audiences' knowledge of the many mechanisms of the plot, a secret. And it constantly finds amusement in reminding (audience surrogate) Dhruv of his lack of maturity and wilful ignorance of the happenings around him.

The movie needs to do this because under its complicated puzzle of a plot, it has cold-heartedness and disjointedness to it. The film is a window into the life of a young man coming of age by solving a mystery, but rarely does it truly open the door and let the audiences walk a mile in Dhruv's shoes. The movie works excessively hard at keeping its twists under wraps seemingly failing to notice that its characters and their ability to connect have been lost under those wraps as well.

Darling of film geeks everywhere, Manoj Bajpayee elevates his character above the material owing to his workman-like charisma and a sea of emotion hidden behind his body language. Even though his role is minimal, his presence around the happenings of Dhruv's life is ominous. We never truly manage to escape the long shadows our parents cast over our lives, do we?

Smita Tambe and Adarsh Gourav, while engaging with their presence and flawless with their performances, lack the extra notch on their acting dials which could have made them relatable. This can be attributed to the film's narration and overall structure which toggle between timelines and characters all the while working feverishly at keeping the audiences in the dark. While the mother-son duo have conflicts that are universal and while the emotional arcs aren't spoon-fed, the film's glacial pacing and insistence on reusing a few age-old tropes to elicit emotion go against its need to be a memorable work of pseudo-noir fiction.

However, there is no wasted motion in the movie's technical departments. Even with the film falling prey to some dodgy lighting in a few instances, the overall look and feel is as deliberate as its carefully constructed narration. The quiet score and specific sound design that underline character growth and plot progression respectively are in sharp and welcome contrast to the bright lights, loud noises and colour palettes, and overall gaudiness of the typical Bollywood fare.

And that is exactly the point at which Rukh might sink or swim for most audiences. A film devoid of both a marketing machine and a four-quadrant sensibility walks in with a risk of being forgettable or, worse, non-profitable. Sharing some similarities with recent release Daddy, the movie is technically flawless and has an interesting plot to sink your teeth into. Rukh has an additional wrinkle of being a coming-of-age drama masked as a whodunit murder mystery. It has deep-set emotional conflicts and strong performances bolstering it. But that might all not be enough, as Daddy showed. The audiences need to be patient as the film meanders through its relatively short runtime. And technically flawless might qualify as high art for some, but art needs to entertain before all else, and Rukh is relatively anaemic in that regard.
Share. Save. Connect.
Tweet
RUKH SNAPSHOT 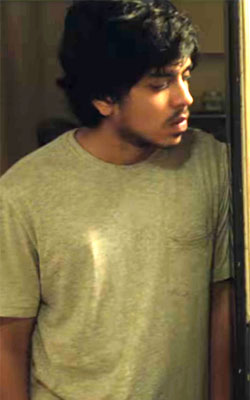 ADVERTISEMENT
This page was tagged for
Rukh hindi movie
Rukh reviews
release date
Manoj Bajpayee, Adarsh Gourav
theatres list
Follow @fullhyderabad
Follow fullhyd.com on
About Hyderabad
The Hyderabad Community
Improve fullhyd.com
More
Our Other Local Guides
Our other sites
© Copyright 1999-2009 LRR Technologies (Hyderabad), Pvt Ltd. All rights reserved. fullhyd, fullhyderabad, Welcome To The Neighbourhood are trademarks of LRR Technologies (Hyderabad) Pvt Ltd. The textual, graphic, audio and audiovisual material in this site is protected by copyright law. You may not copy, distribute, or use this material except as necessary for your personal, non-commercial use. Any trademarks are the properties of their respective owners. More on Hyderabad, India. Jobs in Hyderabad.