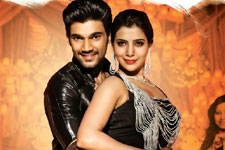 Kritika Deval / fullhyd.com
EDITOR RATING
5.5
Performances
Script
Music/Soundtrack
Visuals
6.0
4.5
5.5
7.5
Suggestions
Can watch again
No
Good for kids
No
Good for dates
No
Wait for OTT
Yes
It might not be now, or even anytime soon, but we are bound to get to a point where all our commercial movie treatments are written in the form of checklists. Take Alludu Seenu. Everybody in the theatre knows that the film exists because Bellamkonda Suresh thought it would be a good idea to shoot a film that can serve as a resume for his son, Srinivas. When the premise is that the hero is what makes the movie, all you need for a plot is a series of events to make him do stuff, right?

So we can see Mr. Suresh list out his son's pluses to Mr. V. V. Vinayak, the film's director: "...he is really good at dancing and fighting, and a little bit of acting also, but nothing too intense. Put lots of comedy so that people are fooled into thinking that this is a good movie. Family sentiment must be there so they can see him emote... Oh, and don't forget to put Samantha - only the best for my boy."

And there's the checklist for Alludu Seenu.

The remaining semblance of a storyline reads thus: Seenu (Bellamkonda Srinivas) and his uncle Narasimha (Prakash Raj) are a fiscally unlucky pair who decide to run away to Chennai to escape moneylender attacks in their village. They end up in Hyderabad instead, where a further stroke of serendipity leads Seenu to Bhai (Prakash Raj), who (as you may have guessed from who's playing the role) looks exactly like his uncle. Hijinks ensue, Bramhanandam (as Seenu's PA, Dimple) makes many laughs, and Bhai's daughter Anjali (Samantha) does lots of glamorous.

At this point, we are actually enjoying the movie, because V V Vinayak is a man who is really good at working with his material, if not someone who will go out of his way to blow your mind.

But then, the interval twist happens, and it is so mind-numbing in its mediocrity, that the movie just does not rise from there. Also, two out of three of you will be correct in your guesses of what the twist is just from reading the plot above.

Bellamkonda Srinivas is indeed a cut above the run-of-the-mill, but hopefully he will use his mountains full of privilege to, at the very least, try and do what artists get into the business for, because we cannot bring ourselves to be pessimistic enough to believe that this game of slots is the kind of career our big budget filmmakers had in mind when they first started out. Also, he actually is pretty good with the dancing and the fighting.

Samantha has proven herself to be the perfect foil to our Heroes (different because they start with CAPS), in that her role can be window-dressingy even while she herself gives the illusion of a deep personality to the character, which makes us feel happy things about Samantha and sad things for Samantha. Bramhanandam and Prakash Raj, both of whom never fail to entertain if they get half a scriptwriter, do not disappoint, and are a big portion of why you won't regret watching this one.

The screenplay is actually quite entertaining for a large portion of the first half, even though boredom is bound to be your prevailing mood for the rest of it. The visuals are slick, and does Samantha get to keep all of the clothes she wears in her movies, and if yes, can we know how to break into her house? (JK. LOL. SRSLY. JK.)

The music is okay, but won't really stay with you for a long time. The videos have been shot pretty well, though.

All in all, this isn't a bad movie, but it won't let you forget why it was made. Also, it technically isn't a good movie, either.
Share. Save. Connect.
Tweet
ALLUDU SEENU SNAPSHOT 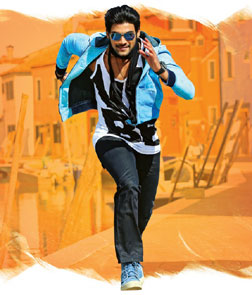 ADVERTISEMENT
This page was tagged for
alludu seenu telugu full movie
Alludu Seenu telugu movie
Alludu Seenu reviews
release date
Bellamkonda Sai Sreenivas, Samantha
Follow @fullhyderabad
Follow fullhyd.com on
About Hyderabad
The Hyderabad Community
Improve fullhyd.com
More
Our Other Local Guides
Our other sites
© Copyright 1999-2009 LRR Technologies (Hyderabad), Pvt Ltd. All rights reserved. fullhyd, fullhyderabad, Welcome To The Neighbourhood are trademarks of LRR Technologies (Hyderabad) Pvt Ltd. The textual, graphic, audio and audiovisual material in this site is protected by copyright law. You may not copy, distribute, or use this material except as necessary for your personal, non-commercial use. Any trademarks are the properties of their respective owners. More on Hyderabad, India. Jobs in Hyderabad.