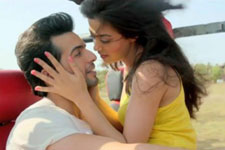 Nupur Barua / fullhyd.com
EDITOR RATING
4.0
Performances
Script
Music/Soundtrack
Visuals
5.0
3.0
4.0
5.0
Suggestions
Can watch again
No
Good for kids
No
Good for dates
No
Wait for OTT
No
Where do has-been television actors go to after their careers become stagnant on the small screen? Answer: the big screen. The flip side of this theory is that none of them makes it big (exceptions being Rajeev Khandelwal and Pulkit Samrat), and they fade from public memory slowly but surely after a film, or two.

It is a cruel world that way. What is even more cruel is that nobody thinks twice about dumping pseudo-intellectual gibberish, also called "intense screenplays", on these desperate artistes. The result, as expected, are tacky films, to say the least. And this is especially true for Hate Story 2.

No, it is not a sequel to the famous Hate Story that had Paoli Dam shedding her clothes with élan. The only common factor between the two movies is that a wronged woman sets out to avenge herself, a la Rekha in Khoon Bhari Maang.

Sonika (Surveen Chawla) stutters whenever she has a conversation with influential politician Mandar (Sushant Singh). She is his mistress, and his hold over her is so strong that she cannot allow herself to have her own life. The consequences will be bloody. And that, in short, is exactly what happens.

Sonika attends photography classes, and this is the only time she is happy. One of her classmates is this cheerful young man named Akshay (Jai Bhanushali), and he is in love with her. She finds herself reciprocating, and warns him about the ruthless Mandar before things get too far. Akshay laughs it off, and whisks her off to Goa.

A few kisses and a song later, Mandar hunts them down. He has Akshay drowned, and buries Sonika alive in a graveyard. A drunkard discovers her, digs her out, and rushes her to the hospital, but Sonika is in no mood to hang around for the cops to interrogate her. She escapes, with one agenda on her mind - revenge.

The story seems pretty sound as a one-line concept, but screenplay writing is a whole new ballgame altogether, at least for the writers of this movie. Mandar may be the devil from hell, but besides a flimsy mention of a grandmother (who, when she appears, does not seem so helpless), there is no reason for Sonika to put up with his demands. The sudden transformations from a petrified being to a defiant lover, and later to a cold-hearted murderer, are rather abrupt.

Sonika is intensely in love with Akshay, and his murder leads to her transformation. However, the love story itself is ambiguous. Akshay mouths some corny dialogues, Sonika giggles, then he asserts his love for her, and she tells him about Mandar, and then they both make out in the swimming pool. The intensity is implied - the chemistry between the two characters is negligible, and the journey towards realisation of true love never happens. So it is rather mystifying why Sonika would want to avenge the death of a man she only giggled with, instead of trying to carve out a better life for herself.

The script has continuity bloopers in abundance. Sample this - a corrupt Goa cop calls up Mandar to tell him that Sonika is alive. Yet, when Sonika calls Mandar, much later in the story, he is shocked because he had no idea that she was alive. Also, one jarring detail cannot escape your eyes - Sonika's impeccable French-manicured nails after she was buried alive. And not once does the director explain where all that money is coming from for Sonika to wear fashionable clothes while on the run - she had nothing that belonged to her, but she seems to get by quite well.

A back story on the Mandar-Sonika relationship (how it started, etc.) would have given the movie some perspective, perhaps. Or maybe a slightly more detailed look at how Sonika manages to get back on her feet. Instead, the screenplay is all about Mandar's ruthlessness and Sonika's determination. The dialogues do not help much, either, and the absence of comic relief makes the movie tiresome and repetitive most of the time.

Surveen Chawla gives this role her best shot. When she first made her debut on television, everybody compared her to Aishwarya Rai, in terms of look and talent. And she still resembles the latter, even in her acting. Chawla is the protagonist, and she is sincere, although she does go OTT once in a while. That there are inconsistencies in the characterisation is not her fault.

Sushant Singh is the best thing about the movie. He hams a bit, but he is watchable and a treat for the eyes. Jai Bhanushali, on the other hand, does not have much to do, and the lack of chemistry with his heroine is a big minus point. Siddharth Kher looks very lost, and does not have the presence required to play an honest cop. Neha Kaul is wasted - she could have been used in a few more scenes.

The production design is very basic, and not impressive. The absence of grittiness in what is otherwise supposed to be dark film is sorely felt. Everything is bright and glossy, but that can also be the cinematographer's fault. The visuals are almost lazy, and some sudden high-speed ones in the middle of a scene serve no purpose.

Ditto with the editing - both departments have tried to experiment as much as they could with the footage, and the result is a jumble of a narrative that hurts the eye, for a little too long. The music is random, and the item number with Sunny Leone is not very well-shot.

Hate Story 2 seems almost amateurish as an attempt to tell a story of revenge, when compared with Hate Story (and we all know how that movie fared). Thankfully, the director did not think it necessary to insert too many sex scenes (usually done for effect), even though the whole plot is about lust and power. The predictable twist in the tale is actually a welcome relief at the end, because you just want to go home.

This is one revenge saga that can be given a miss, unless you are a huge Sushant Singh fan.
Share. Save. Connect.
Tweet
HATE STORY 2 SNAPSHOT 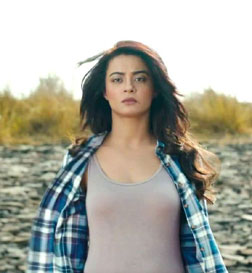 ADVERTISEMENT
This page was tagged for
hate story 2 movie
hate story 2 hindi movie
hate story 2 full hd movie hindi
HD movie plant Hate Story 2 Hindi mein movie
Hate Story 2 hindi movie
Follow @fullhyderabad
Follow fullhyd.com on
About Hyderabad
The Hyderabad Community
Improve fullhyd.com
More
Our Other Local Guides
Our other sites
© Copyright 1999-2009 LRR Technologies (Hyderabad), Pvt Ltd. All rights reserved. fullhyd, fullhyderabad, Welcome To The Neighbourhood are trademarks of LRR Technologies (Hyderabad) Pvt Ltd. The textual, graphic, audio and audiovisual material in this site is protected by copyright law. You may not copy, distribute, or use this material except as necessary for your personal, non-commercial use. Any trademarks are the properties of their respective owners. More on Hyderabad, India. Jobs in Hyderabad.