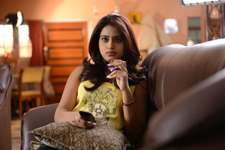 Kritika Deval / fullhyd.com
EDITOR RATING
3.0
Performances
Script
Music/Soundtrack
Visuals
5.0
3.0
5.0
4.0
Suggestions
Can watch again
No
Good for kids
No
Good for dates
No
Wait for OTT
Yes
Naga Lanka Ashwin (Arvind Krishna) and Deeksha (Dimple Chopade) are in love and want to get married. They don't have much of an option, you see. They did... the dirty. Not that we saw much. We could tell that's what happened because there was a song and the guy was doing his intense stalker thing and the girl was doing her shy running away thing.

We really should have sex-ed classes in our schools if the next generation are to have any idea at all as to how to make their next generation. The guys might get it into their head that running after a girl does the trick, and then where would humanity be?

So, anyway, they ran around in circles, and so Ashwin is to speak to Deeksha's father. Since this happens pretty early into the film, you know there's no chance of the father joyously giving up the ownership papers of his daughter. The stick in this quagmire of love is, d'uh, money.

You can guess what happens at least over the next half hour. Ashwin calmly tells the father that he's due for a promotion in a month, and that he will go claim his property then. The problem, though, is that Ashwin likes biscuits. The ones his boss keeps feeding him. Everytime he makes Ashwin do something ridiculously menial in exchange for keeping the promotion carrot dangling just within reach.

So Ashwin finds a like-minded guy, Chitti Raju (Vennela Kishore), and together, they wish and wish and wish that both their bosses drop dead. But then the fairy godmother shows up, and it seems as though their wish just might've come true. And you know what they say about wishes.

So that's pretty much all there is to it. Biscuit, with its classic comedy-of-errors plotline, could've been a laugh riot in the hands of someone competent in humour, say Indraganti or the fantastic Sudheer K Varma. As things stand, Anil Gopal Reddy only comes off as an aspirant, a lukewarm one at that.

Whatever lines pass for comedy make you sympathise with the abominable habit kids these days have of using "lol" as an actual verb while speaking, when all they feel is the mildest form of amusement. The plot takes too long to establish, and even longer to unravel. Not that there is much to unravel, it's all just the same twine looped over and over again.

The romance bit at the beginning is OK, mostly thanks to the adorable looking Dimple Chopade. Arvind Krishna, although quite handsome, is more the marble statue type, and probably thinks that to express is to take away from the dignity of his statue-hood.

Vennela Kishore is a strong performer given very little to work with, as are M S Narayana, Tanikella Bharani, Thagubothu Ramesh and their coterie of comics.

Perhaps recent offbeat successes like Venkatadri Express and Swamy Ra Ra have given us too high an expectation of what a decent thriller ought to look like. The cinematography in Biscuit, therefore, although not ugly in anyway, simply does not toe the border of the ordinary, not by a millimeter. The editing is sloppy. You can clearly make out that the dubbing is out of sync. The hummable music is all that makes up the silver lining.

Why go out into the rain when you can watch it in the comfort of your home? Wait until it shows up on the TV. Biscuit isn't even worth the effort it takes to go to the DVD store.
Share. Save. Connect.
Tweet
BISCUIT SNAPSHOT 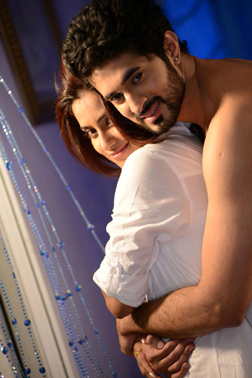 ADVERTISEMENT
This page was tagged for
Biscuit telugu movie
Biscuit reviews
release date
Arvind Krishna, Simran Suri
theatres list
Follow @fullhyderabad
Follow fullhyd.com on
About Hyderabad
The Hyderabad Community
Improve fullhyd.com
More
Our Other Local Guides
Our other sites
© Copyright 1999-2009 LRR Technologies (Hyderabad), Pvt Ltd. All rights reserved. fullhyd, fullhyderabad, Welcome To The Neighbourhood are trademarks of LRR Technologies (Hyderabad) Pvt Ltd. The textual, graphic, audio and audiovisual material in this site is protected by copyright law. You may not copy, distribute, or use this material except as necessary for your personal, non-commercial use. Any trademarks are the properties of their respective owners. More on Hyderabad, India. Jobs in Hyderabad.