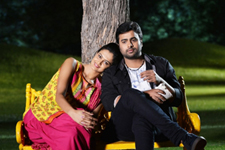 Kritika Deval / fullhyd.com
EDITOR RATING
6.5
Performances
Script
Music/Soundtrack
Visuals
7.0
6.0
6.0
7.0
Suggestions
Can watch again
No
Good for kids
No
Good for dates
No
Wait to rent it
No
Right at the beginning, we are told that the CM Sambasiva Rao (Kota Srinivasa Rao) has been kidnapped. We are shown a montage of breaking news live telecasts and shocked tweets and "common" people sitting back to the view the drama.

The police have set up a camp outside an old age home where we are told the CM is being held, and the obviously evil Home Minister (evil because Giri Babu is playing him, d'uh!) is doing all he can to do as little as possible while fielding most questions. The Police Commissioner (Posani Krishna Murali) is already under fire for inaction despite the event having taken place about a millisecond ago.

A not-too-impressive sleight of camera takes us away from the not-too-slick hullaballoo of the circus outside, right into the building, where it is revealed that the kidnapper is none other than our angry young hero Sreenu (Nara Rohith). Sorry. That would be Manchodu (we kid you not) Sreenu. Immediately, our minds set up a long-suffering sigh...

...only to be immediately cut short when it turns out that the tiresome slideshow of pre-poll political rhetoric we were expecting is actually the most delightful little whodunit only masquerading as such!

Don't get us wrong. The rhetoric is all there - the casual corruption that takes lives, the way our government is fleecing billions in terms of small change (really, really, small change), the sheeple who don't care about their governments except in terms of immediate benefits, and all the other tiresome "truths" of being an Indian citizen. But you can happily ignore all of that when Posani is interviewing Sreekar (Sree Vishnu) about the kidnapper, or when Sreenu is making demands of a thousand rupee note without Mahatma Gandhi's face and the return of the 82 paise he lost when he had to pay Rs. 72 for fuel worth Rs. 71 and 16 paise.

We're not going to spoil things for you by giving out too much, but here's the basic plot. Sreenu takes the help of Sreekar, the son of a powerful politician, to get the Chief Minister to an old age home to personally make a donation. Sreekar does so because, well, that's a story you have to watch to believe.

Anyway, now the CM is alone in a building that has cameras set up outside and screens inside for Sreenu to toggle between news and visuals of the cops and the media outside. Meanwhile, Sreekar is stuck outside with the City Commissioner, only able to answer every one of the officer's questions with a negative or with the kind of answers that would turn the most well-balanced of people into raving lunatics.

Soon enough, amid his demands and his slickly timed revelations about himself, Sreenu manages to turn public opinion to his side, along with giving the Chief Minister a rabid case of Stockholm. Also, he somehow manages to convince everyone that he is actually a ghost. Now, we can see that he is about as corporeal as it gets, considering that his voice can be broadcast all over the country, but we do own up to a few moments of confusion.

Is Sreenu really an avenging spirit, or merely a commoner-turned-crusader due to circumstances? Can he pull off what he set out to do? And, even if he does, what does it mean for him? For all of this, and a helluva lot of entertainment, watch it for yourself.

Nara Rohit gives a wonderfully understated performance, even if his tendency to over-smirk (yes, that's a thing) gives you an urge to punch it off once in a while. That was the whole point. He is perfect for his audacious yet cynical role, and we see great things ahead for him.

Kota Srinivasa Rao is great as usual, and any faults in his performance lie with the fact that his character is rather flat and only ever reacts in the most knee-jerk way possible. Shubra Aiyyappa plays an interesting part in the film for about 20 minutes, after which she is relegated to window-dressing as is her rightful lot.

The true stars, however, are Posani and Sree Vishnu, whose interactions provide for some of the most diverting moments in the entire story. We enjoy how much Posani enjoys playing his character, and the two share a great chemistry. It also helps that their characters are better drawn out even than that of the hero, who is pretty much the stock avenging angel type.

The background score and cinematography work together seamlessly as part of the narrative, but the songs themselves won't stick around in your mind for too long.

All that lets the film down is the obvious "The Power Is Yours" preaching towards the end, and the fact that the plot gets a tad tedious when more than half an hour of the entire movie is full of newscasts that look like stock footage.

However, even while the movie is boring you with its lecturing, you still find yourself loath to get up even to pee, lest you miss a critical plot point in this tease of a riddle.
Share. Save. Connect.
Tweet
PRATHINIDHI SNAPSHOT 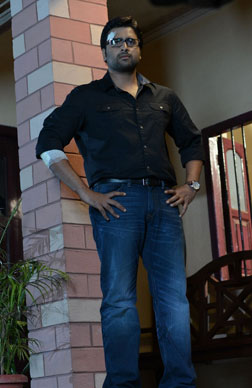 See Prathinidhi full details
PRATHINIDHI USER REVIEWS
1 - 1 OF 1 COMMENTS
POSITIVE  |  NEGATIVE |  NEWEST  |  OLDEST  |  MOST HELPFUL  |  LEAST HELPFUL
usualsuspect on 6th Aug 2014, 7:19pm | Permalink
good movie...thanks for the review.It made me watch the movie.
Agree the media news episodes are rather redundant.
Liked the fact that both perspectives are presented nicely.
Plot holes are always there..SPOILER ALERT..especially the police inaction and taking 24 hours to come up with the picture, how did they determine the body found..when nobody in the family is alive..DNA test?within hours?

ADVERTISEMENT
This page was tagged for
Prathinidhi telugu movie
Prathinidhi reviews
release date
Nara Rohit, Shubra Aiyappa
theatres list
Follow @fullhyderabad
Follow fullhyd.com on
About Hyderabad
The Hyderabad Community
Improve fullhyd.com
More
Our Other Local Guides
Our other sites
© Copyright 1999-2009 LRR Technologies (Hyderabad), Pvt Ltd. All rights reserved. fullhyd, fullhyderabad, Welcome To The Neighbourhood are trademarks of LRR Technologies (Hyderabad) Pvt Ltd. The textual, graphic, audio and audiovisual material in this site is protected by copyright law. You may not copy, distribute, or use this material except as necessary for your personal, non-commercial use. Any trademarks are the properties of their respective owners. More on Hyderabad, India. Jobs in Hyderabad.