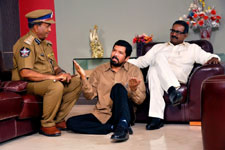 Ravi Kandala / fullhyd.com
EDITOR RATING
3.0
Performances
Script
Music/Soundtrack
Visuals
3.0
3.0
1.0
1.0
Suggestions
Can watch again
No
Good for kids
No
Good for dates
No
Wait for OTT
No
Maddineni Ramesh, the director of Broker, is quite a stickler for women's equality. While he shows the female lead of the film becoming a high-profile prostitute who changes the power equations in the state, he also shows the hero's nephew being hired out as a gigolo to ensure certain important signatures are made. And it takes a strong advocate for equality to dedicate a single scene to show the heroine's amoral activities while allowing a full song with eight atrociously dressed women for the gigolo's act.

Broker 2 is a kind which propagates the very kind of evil it claims to be against. So you get a rape scene set against the backdrop of a psalm-like song that says that there is no future for a country that harms women. It claims to be against all the ills of the society, but ends up showing how amoral and illegal ways can ensure a luxurious life. It claims to be pro-women while showing many of them in an extremely poor light (including the ones shown dancing in the aforementioned song).

Broker 2 is the story of Devudu (Posani Krishna Murali), a mediator who helps Bose (Bannerjee) become the Chief Minister of the state by horse-trading and by deposing the current CM Das (Jeeva). Devudu works for Bose, and becomes the go-to man to discuss deals and get work done at the CM's peshi.

Devudu meets Kasturi (Sneha), who comes to the city in search of a job. The girl falls prey to 4 young men who promise her a job and rape her. Devudu then takes her under his wing and promises to get married to her. However, circumstances (and the script writer) interfere here, and add some strange twists to this story that lead to a bizarre denouement.

The director had his heart in the right place, and that's about the only thing he had in the right place. He brings up several pertinent issues via the monologues of Posani and another actor who plays Bannerjee's Dad. However, these monologues are so randomly inserted that rather than concentrate on the issue that they bring up, you end up wondering how the monologue cropped up in the first place.

The editing is also quite random. There are several major tragedies that happen in the film right after which the main characters go about their business without an iota of sadness. A couple of songs by the Jana Natya Mandali are well-intentioned, but are shot like the plays for the annual day functions in schools, rendering them impactless. There are also several scenes like the one in which a former CM is arrested from his house in an undignified manner (reminiscent of Karunanidhi's arrest in Tamil Nadu) that are quite pointlessly inserted.

Posani does what he usually does in his usual eccentric manner - we are not yet sure it can be called acting. The man, however, deserves brownie points for having the guts to utter some hard-hitting dialogues against some powerful communities and people. The rest of the starcast goes through the motions.

Discussing technical values in a film like this is unwarranted as it is only likely to cause further lament. While the two songs by the Jana Natya Mandali are good, the remaining are terrible.

Broker 2 is a movie that deserved a better director, and emerges a sub-standard product with several flaws.
Share. Save. Connect.
Tweet
BROKER 2 SNAPSHOT 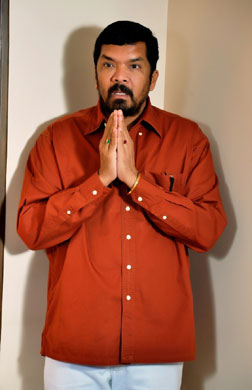 ADVERTISEMENT
This page was tagged for
Broker 2 telugu movie
Broker 2 reviews
release date
Posani Krishna Murali, Sneha
theatres list
Follow @fullhyderabad
Follow fullhyd.com on
About Hyderabad
The Hyderabad Community
Improve fullhyd.com
More
Our Other Local Guides
Our other sites
© Copyright 1999-2009 LRR Technologies (Hyderabad), Pvt Ltd. All rights reserved. fullhyd, fullhyderabad, Welcome To The Neighbourhood are trademarks of LRR Technologies (Hyderabad) Pvt Ltd. The textual, graphic, audio and audiovisual material in this site is protected by copyright law. You may not copy, distribute, or use this material except as necessary for your personal, non-commercial use. Any trademarks are the properties of their respective owners. More on Hyderabad, India. Jobs in Hyderabad.