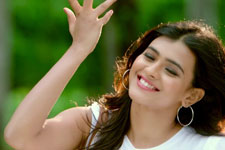 Ajay Kumar R / fullhyd.com
EDITOR RATING
2.5
Performances
Script
Music/Soundtrack
Visuals
7.0
2.0
5.0
7.0
Suggestions
Can watch again
No
Good for kids
No
Good for dates
No
Wait for OTT
No
Deliberately or not, Bhaskar Bandi's romcom Nanna Nenu Naa Boyfriends reverses gender stereotypes to reflect the hypocrisy within our society - you cannot help wondering how differently it would have been perceived had a man done what Padmavati (Hebah Patel) does in this film. But through a few of its characters, NNNB tells you how society, or Tollywood (or the film industry itself) to be more honest, has still not evolved past typecasting genders and justifying misogynous slurs and notions.

Indeed, poor execution means that the noble intent and even the long soliloquy by the protagonist about the grey areas of love and being forgiven for her own "misdeeds" don't save this film, especially given that it comes at a time when evolved and sensitive movies like Pink are slowly emerging out of the cracks and crevices of Indian cinema.

Fresh from the success of Ekkadiki Pothavu Chinnavada, Hebah Patel gets an author-backed role and plays Padmavati a.k.a. Paddu, a female equivalent of a playboy, or literally a "b*tch" as the movie terms her later. Her loving father (Rao Ramesh) wants her to get married, and sees that as the ultimate objective of a woman's life (as do many among us).

Served a near fait accompli but offered a choice in who she will get married to, Paddu, who is chic and independent, decides to try out a new form of groom selection - or rather an old one given it is just a variant of a swayamvara. But she adds her own flavour to the ancient tradition, deciding to date three different men (played by Noel Sen, Parvateesam and Ashwini Babu) she's picked up from Facebook, without telling them about her scheme or that they are being put through an acid test that may break at least two hearts.

Her friend Maggie (played quite well by Tejaswi Madivada), although skeptic, supports her in the experiment. Together they give you a walkthrough of how to enact a swayamvara in this day and age, in foolish, irksome and embarrassing steps. They however soon get trapped in a web of lies, all three men fall fully in love with her, and the duo plan on ending the process by putting the three through a final test. Paddu, being as silly and errant as a lot of people are in their early 20s, complicates the situation beyond repair, and her mother nearly disowns her.

As mentioned earlier, the movie is, unintentionally, about a woman with the morality of a man (the flirting and philandering kind), and how society, including her very own mother, will react to that. In Paddu's words in an excruciating monologue in the end, neither her mother nor her father nor her best friend understand her intentions. She tries to defend herself, but ends up calling herself the B word. Perhaps her only mistake was lying to the three men - had she put forth a proposal with the details of her intentions of a swayamvara, she might have gotten a practical response. But this mistake is not worth the slut-shaming the movie seems to encourage. Paddu punishing herself under the pretext that she is a woman who conned three men is sexism hardwired into her mind, probably by society (particularly the mother), which deviates her from thinking of an actual solution to the moral dilemma she has put herself in.

All of this subtext betrays the film being just as patriarchal as the real world despite its bold name and promos. Indeed, NNNB, just like a lot of Tollywood movies including Srirastu Subhamasthu, also conveys, through Paddu's father, the notion that the paramount goal in a woman's life ought to be marriage. Sure, her father is compassionate and would never get her married against her will, but that's merely sugarcoating - while he says that she can wed anyone she wants to, the point is that he wants her to marry anyway, even after a huge heartbreak. Paddu might have saved herself a lot of trouble had she been able to straight out refuse to marry anyone for a while.

Hebah Patel, despite the unfortunate role she plays, emotes well. Kumari 21F remains, however, her best so far. Madivada is more vivacious than Patel and, in several places, acts better. Rapper, singer and music director Noel Sean pulls off his role as one of the three lovers quite well, while the act of Ashwin Babu is straight out of a comedy gig, and not in a good way. Parvateesam as the third lover and a temple priest nails it. However you might not find his pub scenes too funny.

Chota K Naidu renders high-grade visuals and frames the movie in a modern backdrop. Sekhar Chandra's folksy soundtrack is deadbeat and doesn't help lessen the irritation you feel after watching the bigoted tragedy.

Apart from the blatant sexism and the occasional vulgar comedy and camera shots, this film has nothing to offer, except maybe a distasteful spoof of a feminist movie, if you ever wanted one.
Share. Save. Connect.
Tweet
NANNA NENU NAA BOY... SNAPSHOT
NANNA NENU NAA BOY FRIENDS SNAPSHOT 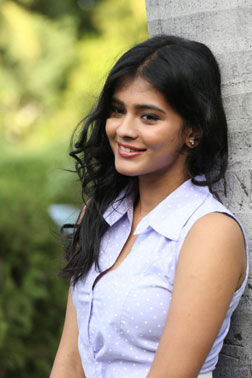 ADVERTISEMENT
This page was tagged for
Nanna Nenu Naa Boy Friends telugu movie
Nanna Nenu Naa Boy Friends reviews
release date
Hebah Patel, Tejaswi Madivada
theatres list
Follow @fullhyderabad
Follow fullhyd.com on
About Hyderabad
The Hyderabad Community
Improve fullhyd.com
More
Our Other Local Guides
Our other sites
© Copyright 1999-2009 LRR Technologies (Hyderabad), Pvt Ltd. All rights reserved. fullhyd, fullhyderabad, Welcome To The Neighbourhood are trademarks of LRR Technologies (Hyderabad) Pvt Ltd. The textual, graphic, audio and audiovisual material in this site is protected by copyright law. You may not copy, distribute, or use this material except as necessary for your personal, non-commercial use. Any trademarks are the properties of their respective owners. More on Hyderabad, India. Jobs in Hyderabad.