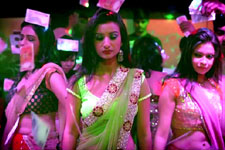 From the house of the Bhatts comes a film in this genre, aspiring to do justice to the legacy of realistic social cinema, telling the story of the fall. No, not Adam and Eve, not this one (this one has Rajkummar Rao, not Emraan Hashmi). CityLights is the oft-told-but-never-goes-stale tale of a rural migrant, a good man, and his inescapable decline in the city of Mumbai.

Hansal Mehta's CityLights is an official adaptation of the widely celebrated 2013 indie film Metro Manila, directed by British filmmaker Sean Ellis. Relocating the original screenplay into the Indian context could have been tricky business, but writer Ritesh Shah does a fine job of it. The story is steeped in local flavor and sensibility.

We are thrown into the film, in medias res, where a man in a speeding car pulls out a weapon and points it at the main protagonist - a gunshot, and then the screen blacks out. The viewer is left with a sneaking feeling of doom - a feeling you can never really shake off through the course of the film.

Flashback, and we are in a small village in Rajasthan, home to the gentle Deepak Singh (Rajkummar Rao), an earnest young man who lives a simple but content life with his wife Rakhi (Patralekha) and their daughter Mahi. However, life is not idyllic, not even in the rustic backlands as we are routinely led to believe. Impatient debt collectors shut down his tiny cloth shop, and he must find another way to earn his bread.

In a poignant scene, we see a flock of pigeons flying in circles until they rest upon a wire, while off-screen we can hear Deepak as he pleads with the collectors to extend his period of payment. Such subtle snapshots, untainted by heavy symbolism, form an integral part of the film. Director Hansal Mehta tries his best to keep melodrama at bay, and succeeds in doing so. (But that is not to say that the film lacks in emotion.)

The family of three sets out for Mumbai, hoping to find a better life. The haunting folk-ballad "Ek Charraiya" sums up the emotional import of the characters' journey. The poignant lyrics reminisce a lost past, and counsel against going a bridge too far. In a way, this song foreshadows the distress and impending danger that loom large - a neat summing up of a migrant's dilemma.

Once in Mumbai, Deepak is duped, and the family is left penniless. In a heart-wrenching shot, the family huddles together along the dirty pavement, and the husband offers a handful of peanuts to his dejected wife. Mumbai is as much a character in the film, and cinematographer Dev Agarwal captures the city at its most unadorned, authentic self.

Rajkummar Rao's sheer brilliance as the quintessential outsider helps bring out the despair rampant in an unforgiving city like Mumbai. Here is a naive migrant who stumbles into the citylights, struggles in the dark, and eventually finds himself with his back against the wall. His wife, Rakhi, has to work in a dance bar while his daughter goes hungry.

Respite comes in the form of the Vishnu (Manav Kaul), who recommends Deepak to his boss at Active Security Bureau, a private security agency with wealthy clients. Manav Kaul aces his performance as the unusually helpful yet disquieting supervisor / new friend who takes Deepak under his wing. Here is a man of the underclass who seethes with discontent and is gradually losing his patience.

In the second half of the film, we see Deepak sinking deeper and deeper into a muck of penury and subterfuge. It is here that the thickening suspense gathers momentum. Some might find the build-up and the climax to be a tad underwhelming. That is so because CityLights never mutates into a full-blown thriller.

While the film traverses multiple generic territories - social drama, suspense and thriller - it does not transform into an all-out, nail-biting, spine-chiller. Some might call it a weak rendition. Put simply, CityLights is not Metro Manila.

Yet, the film uses restraint in an effective way. The director never loses sight of the fact that this film is about a hapless, ordinary man (not a hero) who must make the best of what he has been dealt. The underwhelming depiction drives home a cruel truth - the wrecking of lives is a mundane fact. People come to the city, people get lost.

The only folks who do not get lost are the actors. Rajkummar Rao's film trajectory has been a compelling one with powerful cinematic statements such as Shahid and Love, Sex, Aur Dhoka. He is the soul of the film.

Debut actress Patralekha is quiet and convincing, and is someone to watch out for. Manav Kaul is spellbinding, and successfully portrays a layered character.

Music composer Jeet Gannguli doles out sentimental fare. The title track "Citylights" is a racy number, a cautionary tip to the downward spiral that life in the big city is. "Muskurane" and "Ek Charraiya" are songs that will stay with you long after.

"How far will you go for the love of your family?" the trailer asks of you. Some will leave their home in the village, while others will plan a betrayal. Deepak Singh is not an overreaching hustler thirsty for more - he represents the faceless thousands that make up the underbelly, who hover on the fringe, scratching out a living, barely.

This story has been narrated many times before but CityLights succeeds in telling it, once more, in an engaging and heartfelt manner. Sure, there are the minor defects, such as the incredible naivete of Deepak's character or the sketchy characterization of Rekha, but these can be overlooked.

CityLights will pull at your heartstrings, guaranteed. But if you are in the mood for a happy film, then this one is best avoided.
Share. Save. Connect.
Tweet
CITYLIGHTS SNAPSHOT 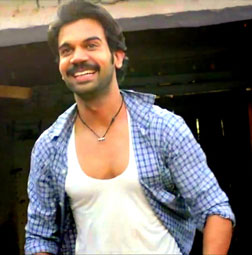 ADVERTISEMENT
This page was tagged for
citylights in hindi
citylights movie hindilinks4u.com
Citylights hindi movie
Citylights reviews
release date
Follow @fullhyderabad
Follow fullhyd.com on
About Hyderabad
The Hyderabad Community
Improve fullhyd.com
More
Our Other Local Guides
Our other sites
© Copyright 1999-2009 LRR Technologies (Hyderabad), Pvt Ltd. All rights reserved. fullhyd, fullhyderabad, Welcome To The Neighbourhood are trademarks of LRR Technologies (Hyderabad) Pvt Ltd. The textual, graphic, audio and audiovisual material in this site is protected by copyright law. You may not copy, distribute, or use this material except as necessary for your personal, non-commercial use. Any trademarks are the properties of their respective owners. More on Hyderabad, India. Jobs in Hyderabad.