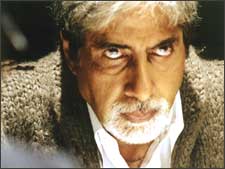 Kavita Krishnamoorthy / fullhyd.com
EDITOR RATING
6.0
Performances
Script
Music/Soundtrack
Visuals
NA
NA
NA
NA
Suggestions
Can watch again
NA
Good for kids
NA
Good for dates
NA
Wait for OTT
NA
Darna Zaroori Hai is as horrific as someone sneaking up behind you - slowly, stealthily, steadily - and then pulling your pants down. And you shriek only because you're left standing there with just a shirt on.

Darna Zaroori Hai follows the same portmanteau theme as its predecessor. But where Darna Mana Hai thrilled, chilled, and basically scared the bejeezus out of you, all this one proves is that having a pair of earplugs in the theater hall is zaroori.

RGV doesn't let us down in that department. With his patented whishing and whooshing noises periodically inserted, he's managed to churn out a movie with an all-star cast, and babes to boot.

This time around, instead of the 6 wacky teenagers, there are 5 kids who are the victims. Accordingly, there are only 6 stories instead of 7.

So now our kids chance upon this haunted mansion with the old grandma in it, and she challenges the leader of the scooby-doo gang that she can scare him. And thus begins our plethora of boo stories.

Leading the pack is the Big B and Ritesh Deshmukh. Amitabh's a professor tutoring Ritesh, when all of a sudden he jumps up, claiming that the person who's been haunting his house for 6 months is actually there with them at that very moment. For the life of him, Ritesh can't see anyone else in the room, except for his professor. Is someone really there? Or is the old professor losing it?

Now, RGV starts knocking off the li'l ones one by one, a k a DMH style. The only difference here is that instead of a situation of "and-then-there-were-none", each one of them actually returns – thoroughly bespooked. Or are they?

The next story has Arjun Rampal (looking yummy!) and Bipasha Basu (ravishing as usual). He walks into her house in the dead of night, to use her phone to call a mechanic to repair his car. She tells him that she stays alone 'coz her husband's dead, and whishhhhhh... 2 seconds later Bipasha's gone, and her husband's there claiming that his wife is dead. Wha?!? So who's the ghost and who's real?

Another story has Rajpal Yadav as an insurance agent, trying his level best to sell a policy to a middle class family comprising Suniel Shetty, Sonali Kulkarni and their kid. Amidst Sonali's and Suniel's histrionics, Rajpal Yadav carries the entire story on his back, and even though this tale is probably the weakest link of the lot, watching Rajpal makes it worth its while.

By now, we've lost two of the kids to the loo. But our grandma carries on, undeterred by the fact that her audience is getting spookier by the story.

Anil Kapoor is a movie director, who's only claims to fame are the run-of-the-mill, mushy love stories he's made till now. He decides to try a different genre, and describes a plot where a guy picks up a female hitchhiker who's actually a ghost.

But Anil Kapoor can't think of a proper ending to his story, and after leaving instructions with his staff to find a suitable heroine for the new film, decides to take a hiatus from his work to come up with a suitable end. On his way there, he picks up Mallika Sherawat, who's a hitchhiker. And she's a ghost. You see where we're going with this?

The last story narrated by grandma, involves Randeep Hooda as the “possessed” one. Possibly the funniest horror story of the lot, this one involves Randeep's body being taken over by a vengeful woman who was burnt to death by her in-laws. What's so funny about that, you ask? To find out, film dekhna zaroori hai.

While you may tend to jump once in a while, this movie on the whole has all the suspense and boo-factor of a rabbit being pulled out of a hat. The only difference being that Amitabh and Rajpal make it look good.

The movie definitely doesn't bore, and is a fresh change from all the other flicks currently doing the rounds. Amitabh's performance definitely gets the gold medal, with Rajpal and Riteish following closely on his heels. Anil Kapoor is surprisingly fine, and Bipasha with all her oomph provides the eye-candy that's de rigueur for any Bipasha-starring movie.

RGV fans may be a tad disappointed with the lack of the spine-chilling thrills that were resplendent in Bhoot. But while you must definitely catch this one for the sheer sake of diversity, don't expect to lose too much sleep over it.
Share. Save. Connect.
Tweet
DARNA ZAROORI HAI SNAPSHOT

ADVERTISEMENT
This page was tagged for
Darna Zaroori Hai hindi movie
Darna Zaroori Hai reviews
release date
Amitabh Bachchan, Riteish Deshmukh
theatres list
Follow @fullhyderabad
Follow fullhyd.com on
About Hyderabad
The Hyderabad Community
Improve fullhyd.com
More
Our Other Local Guides
Our other sites
© Copyright 1999-2009 LRR Technologies (Hyderabad), Pvt Ltd. All rights reserved. fullhyd, fullhyderabad, Welcome To The Neighbourhood are trademarks of LRR Technologies (Hyderabad) Pvt Ltd. The textual, graphic, audio and audiovisual material in this site is protected by copyright law. You may not copy, distribute, or use this material except as necessary for your personal, non-commercial use. Any trademarks are the properties of their respective owners. More on Hyderabad, India. Jobs in Hyderabad.