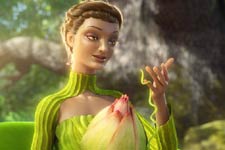 Epic, an animated film based on a book called The Leaf Men And The Brave Good Bugs, is a gorgeous-looking depiction of a conventional good-vs-bad story. None of the new-fangled vampire-wizard fixation, this - the story actually takes you back to your times with Enid Blyton's books, whose pages were filled with rich, descriptive accounts of worlds no one has really seen but that are inhabited by little people.

So, in Epic, Professor Bomba (Jason Sudeikis) is a sort of etymologist, who lives in a forest, and who thinks that the woods are inhabited by an advanced society of tiny warriors. We come to learn later that his wife had died early, and had doubted his sanity all through. His teenage daughter Mary Katherine, a.k.a. M K (Amanda Seyfried), apprehensively comes to stay with him in the woods.

But the professor is so absorbed in his work of identifying that unseen civilization (but so endearingly earnest) that his daughter doubts his judgement as well. She thinks of leaving, but when she's about to leave, she is unwittingly sucked into the very world she scoffed the existence of.

As she discovers, the forest is actually a hotbed of miniature activity. Mushrooms are actually men with hats, and dandelions and tulips are women with even bigger hats. Hummingbirds are used by valiant "Leaf-Men" as their steed, and dragonflies conduct parades in stunning military formation.

M K runs (literally) into this strange, surreal ecosystem in the middle of a fierce attack by the Boggans on the leaf-men. The Boggans epitomize everything that's wrong with this fairy-tale land - they are an ugly, slimy bunch of bugs, rodents and reptiles, that want the Queen (Beyonce) of the Forest to die so that they can rule over her land. M K joins the Leaf-Men's general Ronin (Colin Farrell), and unwilling leaf-man warrior Nod (Josh Hutcherson), in saving the soul of the Forest.

It's a simple, sweet story, though not as adept at tugging at the heartstrings as it is in evoking a couple of chuckles and grins every now and then. This is thanks largely to the comic pair of Mub (Aziz Ansari) the slug and Grub (Chris O'Dowd) the snail, a bungling duo (whose slapstick antics are delighting the kids) who accompany M K and gang on their roller-coaster rides through the wild.

There are no mind-blowing insights here (except for an oft-repeated maxim which basically says that we're all leaves of the same tree - i. e., we're all "connected" and nobody's alone) that characterize the really good animated films. Epic reminds you a lot of Avatar, but gets a little boring when the film has pulled all its rabbits out of the hat and you're just waiting for the final battle of good and evil to settle itself.

The visuals are pretty cool, as is common with most films of this genre. The forest is populated by zillions of creatures, both beautiful and beastly, and their level of detail is stunning. The sparkling waters of streams, the lush verdure of the grass and the moist undersides of slugs - they're all fine examples of the craftsmanship at work here.

On the flip side, while the prettiness of the "nice" creatures is captivating, the bugs that make up the bad, bad realm of the Boggans manage to gross you out. Watching mountains of creepy-crawlies wriggling around might not be very good for a full stomach. Especially in 3D.The action sequences are quite exhilarating, meanwhile.

Epic 3D is a fun movie, and definitely something you should take the children to. We're not sure it will go down in history as one of the best things to ever happen to Hollywood's kiddie section, but for this summer, it should do.
Share. Save. Connect.
Tweet
EPIC (3D) SNAPSHOT 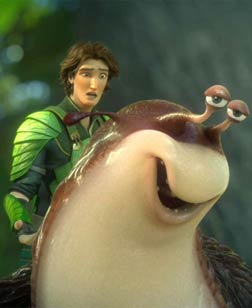 ADVERTISEMENT
This page was tagged for
Epic (3D) english movie
Epic (3D) reviews
release date
Amanda Seyfried, Josh Hutcherson
theatres list
Follow @fullhyderabad
Follow fullhyd.com on
About Hyderabad
The Hyderabad Community
Improve fullhyd.com
More
Our Other Local Guides
Our other sites
© Copyright 1999-2009 LRR Technologies (Hyderabad), Pvt Ltd. All rights reserved. fullhyd, fullhyderabad, Welcome To The Neighbourhood are trademarks of LRR Technologies (Hyderabad) Pvt Ltd. The textual, graphic, audio and audiovisual material in this site is protected by copyright law. You may not copy, distribute, or use this material except as necessary for your personal, non-commercial use. Any trademarks are the properties of their respective owners. More on Hyderabad, India. Jobs in Hyderabad.