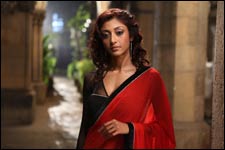 Nupur Barua / fullhyd.com
EDITOR RATING
5.0
Performances
Script
Music/Soundtrack
Visuals
7.0
5.0
4.0
6.0
Suggestions
Can watch again
Yes
Good for kids
No
Good for dates
No
Wait for OTT
No
Hell hath no fury like a woman scorned, and who would know this better than a man? And Vikram Bhatt takes this complicated premise to present a story of sex and revenge (the two inseparable issues that make all other human.relationships and emotions seem pointless), in his latest production, Hate Story. Unfortunately, the director seemed to get a little too carried away with skin show and heavy breathing (watch the promos to get an idea), and falls short of making a "bold" movie that makes you want to sit up and take notice.

To begin at the beginning, Kaavya Krishna (Paoli Dam) is a sincere and ambitious journalist, who manages to expose some underhand dealings of the big cement company, Cementec. Her associate and photographer Vicky (Nikhil Dwivedi) is also her best friend, who accompanies her on her investigating forays.

The sting operation definitely does not amuse Cementec, and the scion of the company, Siddharth Dhanrajgir a.k.a. Sid (Gulshan Devaiah), decides to fix the mess. He hires Kaavya to.work as his research assistant of sorts, and she proves valuable to the company. He then seduces her and kicks her out of the company - "I f... with people who f... with me," he tells her.

A series of events lead Kaavya to her death, almost, and that is when she decides to avenge her humiliation. And that is when the story becomes archaic, as do the dialogues.

One knows that the heroine will get her revenge, but it is the how that could have kept the audiences in their seats. Sadly, the writers could not think of a more modern or relevant plot. Kaavya figures out that the only way she can destroy Sid is by becoming the city's number one prostitute/seductress. Of course, the fact that she is intelligent and educated is of no relevance whatsoever. With this 1970s approach to a woman's plight and her solution, the story plods on from one ridiculous sub-plot to another, with predictable twists and turns.

Some questions remain unanswered. For example, the whole Cementec building is witness to Kaavya's humiliation. How come the CEO does not recognise her when she bumps into him? And what does Bhairavi, the prostitute, teach Kaavya? And why does Kaavya buy that big house? How?

What stands out is the performance by Gulshan Devaiah. The rich, young, arrogant brat, who stammers uncontrollably only in front of his father, is the most believable character in the film. He loves abusing, physically and verbally. His on-screen confidence makes him mean and appealing. Devaiah just seems to get better with each film.

Paoli Dam is already in the news for her controversial role in a Bengali movie. The publicity over her bare back in this movie's famous promotional poster has just added to her already famous name. As far as acting is concerned, she is sincere enough, but somewhat erratic, yo-yoing between some great emoting and complete hamming. She could not have asked for a more sensational debut, though.

Nikhil Dwivedi has a half- baked role, and he looks unhappy about it. Mohan Kapoor and Joy Sengupta do justice to their extended cameos. The cream of the crop, however, is Saurabh Dubey, who plays Sid's father.

As far as production value is concerned, New Delhi adds to the soul of the movie. Big houses and larger-than-life corrupt tycoons and politicians somehow seem more realistic in this setting. Sex and action sequences are shot aesthetically, albeit with unnecessary moans and pants. Costumes are a disappointment, although Gulshan Devaiah carries his suits very well.

Hate Story is a voyeur's delight, so to speak, without the sleaze. The story could have been a little more intelligent, and the abuses could have been enunciated a little more convincingly, but the movie can be watched onc, for Gulshan Devaiah, if nothing else.
Share. Save. Connect.
Tweet
HATE STORY SNAPSHOT 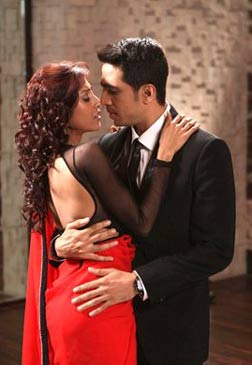 ADVERTISEMENT
This page was tagged for
sex story xxx hindi
www.indain bollywood hate story xxx.com
Hate Story hindi movie
Hate Story reviews
release date
Follow @fullhyderabad
Follow fullhyd.com on
About Hyderabad
The Hyderabad Community
Improve fullhyd.com
More
Our Other Local Guides
Our other sites
© Copyright 1999-2009 LRR Technologies (Hyderabad), Pvt Ltd. All rights reserved. fullhyd, fullhyderabad, Welcome To The Neighbourhood are trademarks of LRR Technologies (Hyderabad) Pvt Ltd. The textual, graphic, audio and audiovisual material in this site is protected by copyright law. You may not copy, distribute, or use this material except as necessary for your personal, non-commercial use. Any trademarks are the properties of their respective owners. More on Hyderabad, India. Jobs in Hyderabad.