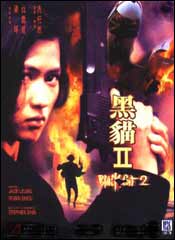 Mithun Verma / fullhyd.com
EDITOR RATING
1.0
Performances
Script
Music/Soundtrack
Visuals
NA
NA
NA
NA
Suggestions
Can watch again
NA
Good for kids
NA
Good for dates
NA
Wait for OTT
NA
Mary had a little lamb
You've heard this tale before.
But did you know she passed her plate
And had a little more?

Now, Mary's just been used
In the way action has been fused
Into this movie, just for the sake
And a purpose that's obviously fake.

Our heroine's body was cut, where she'd put her clip,
And inside was placed a snazzy gizmo microchip.
To combat evil causes was this done
'Yes!' we thought, 'This will be fun.'

But now she just stares blankly in every scene
She's either stoned or the worst actress there has ever been!
Thus the Lady Bond (Jade) was born
Making faces like Vajpayee in terrible lovelorn!
And I was talking about the audience there, not Lady Bond,
She just has the expression of an empty pond!

Our hero Robin (Robin) is chasing a terrorist gang
For a Chinese guy, he sure has a hep Hindi slang!
Pursuing assassins, all he's got is a neck very stiff
Next time at least, remember your chute while jumping off that cliff!

Now the chief wants Robin to join hands
With the inimitable Lady Bond who now understands
That she's not alone in her difficult quest,
Even the hero can pass the wood look-alike test!

Through furnaces, malls and runways
Together they kick terrorist butt - any time, any place.
The somersaults, guns & back flips though
Try to keep up the pace and the flow
But not enough punch was felt on my chin
Especially since I had already watched - Dunston Checks In!

En fin they obviously succeed,
The terrorist was also an android indeed.
So even he can use that pretence
To hide that he'd had absolutely no acting inference.

There's hardly anything to say about this flick
Except that the producers missed many a trick.
To bring back an old action schtick was awful,
But to call a Chinese chick an American Bond is unlawful!
Sure, we wouldn't complain if she was Carmen Electra
But not when she's a 009 in her push-up bra!

The action is a dripping cold sneeze
We'd rather watch VIP for action this sleaz-
y.
At least that has some skin
All this has is an old prin-
t.

This was long before the Matrix was made,
Surely people now expect that kind of gore.
Dolph Lundgrin is living only in the video arcade,
Those days are now gone and no more.

This they tell me is Black Cat II.
Really? Wow! Er, Black Cat who?
Any which way nobody cares,
They all left donning vacant stares.

Hope they reach home safe & sound
And more importantly, still earth bound!
'cos after undergoing American Bond 009
You're guaranteed to be anything but fine.