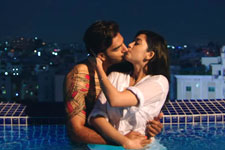 Neema Pramod / fullhyd.com
EDITOR RATING
1.0
Performances
Script
Music/Soundtrack
Visuals
1.5
1.0
4.5
2.5
Suggestions
Can watch again
No
Good for kids
No
Good for dates
Yes
Wait for OTT
Yes
Just before Hippi begins, the words "Deeply inspired by John Milton's poems" flash on the screen. A glimmer of hope made its way to the heart of this writer. Surely someone who is well-versed with literature would have some substance in his creation? Yes, you already saw the rating - and so you'll know that my heart was stomped upon and crushed by the end of 143 long minutes from then.

Kartikeya Reddy Gummakonda plays Devdas, fondly called Hippi by his loved ones. Why? Because he has long hair? Because he wears clothes that look like they were stolen from Ranveer Singh's wardrobe? Because this story feels as old as the hippi movement? You don't get the answer at first, and you still don't have an answer when the end credits finish rolling.

Anyway, the film opens with Hippi (now in short hair) about to commit suicide due to "love failure". However, he is (unfortunately) saved by his girlfriend Amukthamalyada (Digangana Suryavanshi). The film soon moves into familiar territory, with the hero lamenting the insidious evil of women, by using the titles of Milton's poems to explain his point.

After a few tasteless scenes involving Hippi's boss (J D Chakravarthy) and a peek into how Amukthamalyada "tortures" Hippi, you get the flashback that shows how the couple met. Hippi falls in love with Amukthamalyada at first sight - while he is busy kissing her best friend. Though Amukthamalyada spurns his advances initially, she eventually comes to accept his proposal. However, she poses a condition - that he chop off his long locks. The rest of the film is all about the power games between the two, culminating in an all-too-predictable climax.

Hippi is a disaster from the word go, and alarming in its misogyny. At the tail end of the movie, a character says something that can be roughly translated to "women are made for sex, just like lamb is made for biriyani". The film is replete which such lines, emphasising again and again how men are but mere victims of scheming, controlling women. And you cannot even question these otherwise all-powerful men why they continue being associated with such women, as the film clearly answers that in the aforementioned dialogue.

Hippi serves you a small dose of homophobia as well, in the form of the interactions between Hippi and the character played by Vennela Kishore. However, none of this is as heart-breaking as listening to a couple of men laughing and hooting at such scenes. Now we know why such problematic films continue to be made, even in 2019.

Even is you set the disturbing elements aside and judge the film purely on entertainment value, it's still bad news. Logic might as well be an alien term for the makers. How else do you explain the fact that Amukthamalyada continues to live with Hippi even after she has broken up with him and is now engaged to someone else? And what in the world was that reconciliation scene at the end? The two engage in a supremely childish fight - throwing things at each other and breaking everything in the house. Then she gets injured, and he rushes to help her. Out of nowhere, she begins to tearfully justify her behaviour to him.

We think that at least now, the word sorry will escape his lips. But no - what happens is that she casually mentions how her friend asked her if he was impotent, which immediately snaps Hippi into action as he sets out to prove this friend wrong. And that is it! An awfully-shot love-making song later, the two are back together, all forgiven and forgotten. In Hippi's case it is understandable, as throughout the film he has been shown in the light of a pervert. But what about Amukthamalyada, who had given out the impression of a confident, practical and sensible woman for most part?

The direction leaves a lot to be desired. The film has no sense of continuity, and definitely goes on for longer than it should have. A few action scenes are there just to mark attendance, adding nothing to the (non-existent) plot. The cinematography by R D Rajasekhar isn't too impressive either. However, Nivas K Prasanna contributes a decent set of tunes.

The only saving grace (apart from the music) is Digangana Suryavanshi, who makes a promising debut, rising above the terrible material given to her. She embodies the role of a strong modern-day woman beautifully.

Everyone else is a disappointment. Kartikeya needs to seriously work on his acting, as it is painful to watch him overplay every single emotion. His dances really well, though. J D Chakravarthy is not much better, and though Vennela Kishore tries, he too cannot do much for the film.

In spite of everything, you should be grateful to Hippi for teaching you that people who throw in literature references into conversations need not all be intelligent or great. As a person who used to take in pride in enjoying literature, I found this experience truly humbling. Thank you, Hippi.
Share. Save. Connect.
Tweet
HIPPI SNAPSHOT 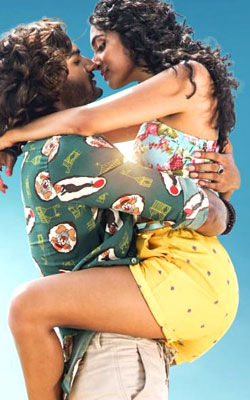 ADVERTISEMENT
This page was tagged for
Hippi telugu movie
Hippi reviews
release date
Kartikeya Reddy Gummakonda, Diganganana Suryavanshi
theatres list
Follow @fullhyderabad
Follow fullhyd.com on
About Hyderabad
The Hyderabad Community
Improve fullhyd.com
More
Our Other Local Guides
Our other sites
© Copyright 1999-2009 LRR Technologies (Hyderabad), Pvt Ltd. All rights reserved. fullhyd, fullhyderabad, Welcome To The Neighbourhood are trademarks of LRR Technologies (Hyderabad) Pvt Ltd. The textual, graphic, audio and audiovisual material in this site is protected by copyright law. You may not copy, distribute, or use this material except as necessary for your personal, non-commercial use. Any trademarks are the properties of their respective owners. More on Hyderabad, India. Jobs in Hyderabad.