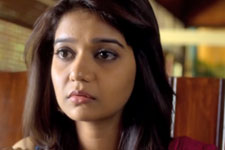 Kritika Deval / fullhyd.com
EDITOR RATING
7.5
Performances
Script
Music/Soundtrack
Visuals
7.0
6.0
6.5
7.5
Suggestions
Can watch again
No
Good for kids
No
Good for dates
Yes
Wait for OTT
Yes
A heist film this one might be, and a good one too, but first and foremost, Bangaru Kodipetta is a paean to the sheer tensile strength of the human spirit. Take for instance the film's foremost protagonist, Bhanumati Pinnieseetty (Swathi Reddy), a 20-year-old with nary a qualification, but dreams to populate a universe. She isn't just an architect of celestial castles. She has a plan, you see. And that's where Vamsi (Navdeep) comes in.

Her former co-worker (former because Bhanu has just gotten fired for fake certificates and for refusing to "help" her boss "help" her out of the situation), Vamsi has a police record, and just the right kind of recklessness to land himself a place in Bhanu's schemes.

Then there are Errababu and Dorababu (fight masters Ram and Laxman - we couldn't quite figure out who's who seeing as how they're identical twins), estranged brothers who are drawn into the situation due to financial messes of their own. Lest we forget, a pizza boy with aspirations towards Tollywood also finds himself, quite befuddlingly (we're not sure that's a word, but it should be, if only because no other word can properly describe the look on his face).

What's the scheme, again? Quite simple. You see, the energy drink company Bhanu got fired from has been offering gold coins to lucky winners. And Bhanu knows when and which truck all that gold is coming from. And, amid all this desperation, we really get to know all these fascinating people who we wouldn't spare a second glance at otherwise.

For all the engrossing pace of the film, the heist itself seems almost secondary to the growth and unfolding of all the players in it. Bhanu, as utterly adorable as she is, possesses a warrior spirit that simply will not let her give up, not even when her pesky conscience tries to come in the way. Vamsi, as jaded as he is, is so thoroughly enchanted by Bhanu's joie de vivre, he is even willing to set aside his own greed for her sake. And so it is with everyone else, as their lives entwine in utterly enchanting ways, all thanks to the startlingly creative screenplay.

The whole thing unfolds like a dream, those unnervingly real ones which you nonetheless know are dreams. This is because the camera, although quite decisive, often puts you in unexpected places. This constantly shifting point of view keeps you on your toes, because, without quite realising it, you find yourself wondering whose eyes will you see the world from next.

To be very honest, the plot itself is not very well done. It drags at times, and the final resolution is rather a letdown, seeming perfunctory when so much detail finds its way into the rest of the film. However, what breathes vital life into the film is the various individual efforts by the involved parties, all of which come together in an enchanting harmony.

Swathi is as charming as ever, her changeable face fairly swarming with expression. Her chemistry with Navdeep crackles throughout like live wire. Navdeep, who we have always maintained is quite ridiculously underutilized, finds himself thoroughly at ease in his role, constantly matching the film's intensity with his own.

While you won't find any overt attempts at humor, the premise is quite ridiculous enough to hold your attention. You will however finds yourself occasionally drifting off, thanks to the aforementioned failings concerning the uneven pacing. The innovative use of camera and screenplay almost make up for it. The music and background are as polished as the cinematography, and we assure you that you will find yourself going home and YouTubing the songs.

Bottomline : Bangaru Kodipetta is the proverbial chicken that lays the golden egg indeed. Too bad the makers slit the chicken too soon.
Share. Save. Connect.
Tweet
BANGAARU KODIPETTA SNAPSHOT 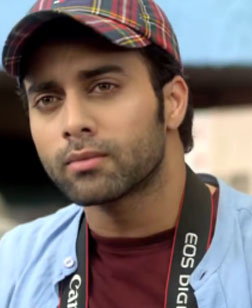 ADVERTISEMENT
This page was tagged for
Bangaaru Kodipetta telugu movie
Bangaaru Kodipetta reviews
release date
Navdeep, Swathi
theatres list
Follow @fullhyderabad
Follow fullhyd.com on
About Hyderabad
The Hyderabad Community
Improve fullhyd.com
More
Our Other Local Guides
Our other sites
© Copyright 1999-2009 LRR Technologies (Hyderabad), Pvt Ltd. All rights reserved. fullhyd, fullhyderabad, Welcome To The Neighbourhood are trademarks of LRR Technologies (Hyderabad) Pvt Ltd. The textual, graphic, audio and audiovisual material in this site is protected by copyright law. You may not copy, distribute, or use this material except as necessary for your personal, non-commercial use. Any trademarks are the properties of their respective owners. More on Hyderabad, India. Jobs in Hyderabad.