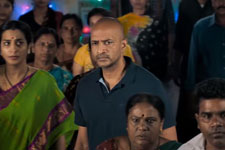 Aditya Devulapally / fullhyd.com
EDITOR RATING
3.0
Performances
Script
Music/Soundtrack
Visuals
3.0
5.0
2.0
2.0
Suggestions
Can watch again
No
Good for kids
No
Good for dates
No
Wait for OTT
Yes
What's the difference between a Telugu adult comedy and an adolescent comedy from the West?

Exactly! Our adult comedies are neither adult nor comedy. There's everything from voluptuous women to double-entendres, but nothing makes a mark on the adult mind. And it's not just Telugu either - there are barely any noteworthy adult comedies in the entire country. The last impactful one that comes to mind is Hunterrr.

Most of this genre in India have a simple formula: women tempt men using excessive makeup and push-up bras. Men get tempted but are good by nature. Finally everything ends with either all women are vile or a female empowerment message. Nothing in between.

But Shikaaru, with enough twists and turns, has some nuance in it. Set in Kakinada, the movie features a group of mischievous college friends who encounter trouble when one of their friends, Bobby (Medishetti Abhinav), flirts with a married housewife, Devika (Sai Dhansika). The two of them decide to meet the night her husband leaves town. The shit hits the fan when the husband returns, and chaos ensues with each step complicating the secret even further. Will Devika and Bobby be able to save themselves with the help of Bobby's three cartoonish friends?

Frankly speaking, Shikaaru is a surprise in the writing department (read low expectations helped amplify the experience). In a few crucial plot points, the kind of maturity displayed in the portrayal of women hits the right chord. Where it falls flat is the glamourisation of the women. A housewife, although presented as a being with needs, still has to wake up in a dazzling saree, go to sleep with full makeup on, and talk with an enticing voice.

Devika, played by Sai Dhansika in a pasty lifeless manner, is a woman who is tired of the lack of communication with her aggressive husband. Her husband likes to control his wife, and have a few pegs in the nights and finish the job on the bed in a minute and go to sleep. She studies secretly, talks to her parents secretly, and even craves a better romance secretly. Every thought and feeling of hers has to be a secret because, well. Her chance meeting with a flirty, understanding boy triggers her need for companionship.

Initially, I felt Sai Dhansika was an abysmal choice for a layered character like Devika. But I was alarmed when I recalled her acting portfolio. She has given fabulous performances before in films like Kabali. Therefore, I confidently concluded that the film ruined her for us. If only the filmmakers could have decided that she needn't be sexy, just sensible and subtle would have done the job. The notorious dubbing rues with mainstream Telugu films continue with terrible lip sync and the female actor pronouncing gibberish.

The rest of the cast are the Hushaaru batch. They are underwhelming in almost every scene. In their best moments they hit the decent mark. However, the supporting cast like Chammak Chandra and Posani Krishna Murali have done total justice to whatever silliness they were placed in. There is a whole Jai Balayya episode with people chanting diverse Balayya anthems for 5 minutes, and Posani sells the hell out of the scene.

The end of what feels like a twisty ride becomes a lousy drag when it ends with a monologue from a father about torturous husbands. Regardless, the movie has enough nuances in the writing department that put you in a pleasant spot. The female characters are glamourised but their souls aren't killed for the film. The male characters, although perverted, end up with self-awareness that doesn't feel kitsch. All in all, this one doesn't dissatisfy you when you walk out of the hall.
Share. Save. Connect.
Tweet
SHIKAARU SNAPSHOT 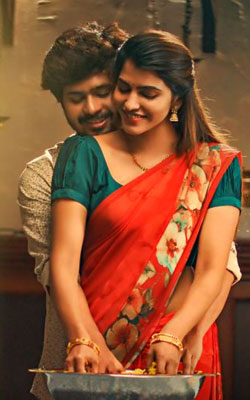 ADVERTISEMENT
This page was tagged for
Shikaaru telugu movie
Shikaaru reviews
release date
Sai Dhansika, Tej Kurapati
theatres list
Follow @fullhyderabad
Follow fullhyd.com on
About Hyderabad
The Hyderabad Community
Improve fullhyd.com
More
Our Other Local Guides
Our other sites
© Copyright 1999-2009 LRR Technologies (Hyderabad), Pvt Ltd. All rights reserved. fullhyd, fullhyderabad, Welcome To The Neighbourhood are trademarks of LRR Technologies (Hyderabad) Pvt Ltd. The textual, graphic, audio and audiovisual material in this site is protected by copyright law. You may not copy, distribute, or use this material except as necessary for your personal, non-commercial use. Any trademarks are the properties of their respective owners. More on Hyderabad, India. Jobs in Hyderabad.