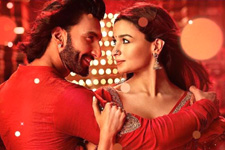 Samrat Sharma / fullhyd.com
EDITOR RATING
1.0
Performances
Script
Music/Soundtrack
Visuals
NA
NA
NA
NA
Suggestions
Can watch again
NA
Good for kids
NA
Good for dates
NA
Wait for OTT
NA
Let's try an experiment: calculate the cost of two tickets to your favorite movie theater, add the average cost of popcorn and whatever aerated drinks you prefer. That, now, is about the minimum amount of money you will spend watching an average film. Now take that money, and your urge to go watch Rocky: The Rebel, and go buy yourself a book, a cup of coffee with friends, a DVD of your favorite film, or, barring all else, tickets to something else.

For Rocky is not just a bad film, it is such a monumentally bad film that it leaves all norms of even bad film making behind. Bad production values, no character development, insipid direction and lack of continuity may still have been forgiven if the film had a basic sense, a plot or even any other redeeming feature. C'mon, I'll take anything, even good songs. The film defies all conventional definitions of a film by such a long shot, I am still in shock.

The story, you say? Well, there's the titular Rocky (Zayed Khan), a rebellious kid who wants to beat up all goons he encounters, who falls in love with Neha (Isha Sharvani). One of the goons he rubs off the wrong way (Rajat Bedi) kills his girlfriend (Or was it wife? I'm sorry, the film was unclear), and he decides to take a holiday in London for 3 months. Another girl, Priya (Minissha Lamba) falls in love with him, and after initial reluctance over the shock of his wife's death, he beats up these goons too. He then returns to India, and beats up the original goons.

Don't let the above synopsis fool you, though. That girls routinely fall for Rocky does not imply that he has any redeeming qualities, or even any charisma. His is a flat, uni-dimensional character, played by Khan with all of his hamming skills on display. He tries to do a Shahrukh Khan, and ends up being a simpering fool with three stock gestures for all emotions.

Also, don't let the synopsis make you think this is an action heavy film. The action in the film is of the standard punches in mid-air variety, and is neither exciting nor particularly active. The songs by Himesh Reshammiya might be slightly popular before the release of the film, but they will soon turn out of favor after anyone sees the film. There were about 17 people in the hall with me, and I think it is safe to say that most people will have the good sense not to.

Despite a long oeuvre of Malayalam and Tamil films to his credit, Suresh Krishna's direction and overall grasp of the proceedings of the film seem very loose. The performances are generally over the top, with some even opting for forced cool by doing violent gestures in front of hapless auntyjees. The flow of the non-existent plot is extremely tedious, and the background music ranges from loud to stolen. Yes, you heard that right - the film shamelessly lifts music from Spiderman and The Rock, and even manages to make them sound boring.

So, the direction is poor, the performances are laughable, the soundtrack insipid, and the plot non-existent. Is there anything good that can be said about the film at all? Well, Isha Sharvani looks pretty for her smallish screen time, and some songs have halfway decent cinematography. That's about it.

Rocky is such a non-film that expecting anything out of this car wreck is just plain wrong. That it managed to gather dust before finally being released feels justified, somehow, and the only question you ask is why was it not allowed to continue to gather dust. This is a terrible, terrible waste of your time. I walked out of the movie theater near the climax of the film. You shouldn't even bother entering.
Share. Save. Connect.
Tweet
ROCKY SNAPSHOT

ADVERTISEMENT
This page was tagged for
Rocky hindi movie
Rocky reviews
release date
Zayed Khan, Minissha Lamba
theatres list
Follow @fullhyderabad
Follow fullhyd.com on
About Hyderabad
The Hyderabad Community
Improve fullhyd.com
More
Our Other Local Guides
Our other sites
© Copyright 1999-2009 LRR Technologies (Hyderabad), Pvt Ltd. All rights reserved. fullhyd, fullhyderabad, Welcome To The Neighbourhood are trademarks of LRR Technologies (Hyderabad) Pvt Ltd. The textual, graphic, audio and audiovisual material in this site is protected by copyright law. You may not copy, distribute, or use this material except as necessary for your personal, non-commercial use. Any trademarks are the properties of their respective owners. More on Hyderabad, India. Jobs in Hyderabad.