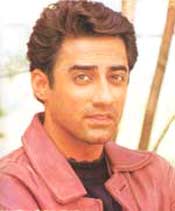 Kiran Nadella / fullhyd.com
EDITOR RATING
1.0
Performances
Script
Music/Soundtrack
Visuals
NA
NA
NA
NA
Suggestions
Can watch again
NA
Good for kids
NA
Good for dates
NA
Wait to rent it
NA
Generally speaking, if you're at the supermarket and they discover that a head of lettuce is filled with maggots, they wouldn't sell it to you. But since Bollywood is no supermarket, instead of shelving its offal, it simply disposes of it through the theaters. So welcome to Kaboo.

Kaalia, the assassin of Shanker (Tiger Bhai - the terror of Mumbai), escapes the long hands of the law aiming to assassinate Raja, the brother of Shanker. Raja, on the other hand, vows to gun down all the guys who were responsible for turning Shanker into Tiger Bhai and subsequently his death. He murders Kaalia and Anna (Shanker's evil boss).

Raja murdering the final villain, a minister, and in turn getting shot by the police is what forms the climax (morale: no one is above the law), literally. That's exactly when you say to yourself: "When I die, I shall look back upon my life and regret nothing, except for the ninety minutes I spent watching this cinematic abomination."

Kaboo could prove lethal to frat boys who gather to watch it and take a drink every time they see some bare skin in a duet - at the very least, serious cases of blood poisoning are assured. For the reason that there is not one song in the movie in which the female protagonists are allowed to break away from the (subliminal) female dress code - bra and short skirt.

Faisal Khan is like Tusshar Kapoor minus good looks and talent. The music and the background score in the movie appear to be a lorry driver's delight - blaring, rounded off with the nastiest possible mixing. Now taking into consideration the skimpy female dress code and the blaring music, I guess it is not very hard for one to deduce who the intended audience is!

If you want to watch a movie that will suck the life right out of you, try this one. Making a movie that does not have one single inspired moment in it - not one thing where the viewer goes "Gee, that was mildly interesting" - would take Herculean effort, because even the stupidest guy on the planet should be able to take a couple hours of film and do at least one interesting thing. There's not one interesting moment in this entire film. Not one.
Share. Save. Connect.
Tweet
KAABOO SNAPSHOT

ADVERTISEMENT
This page was tagged for
Kaaboo hindi movie
Kaaboo reviews
release date
Faisal Khan, Rajat Bedi
theatres list
Follow @fullhyderabad
Follow fullhyd.com on
About Hyderabad
The Hyderabad Community
Improve fullhyd.com
More
Our Other Local Guides
Our other sites
© Copyright 1999-2009 LRR Technologies (Hyderabad), Pvt Ltd. All rights reserved. fullhyd, fullhyderabad, Welcome To The Neighbourhood are trademarks of LRR Technologies (Hyderabad) Pvt Ltd. The textual, graphic, audio and audiovisual material in this site is protected by copyright law. You may not copy, distribute, or use this material except as necessary for your personal, non-commercial use. Any trademarks are the properties of their respective owners. More on Hyderabad, India. Jobs in Hyderabad.