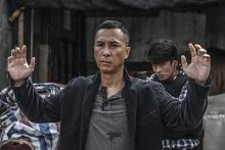 Nupur Barua / fullhyd.com
EDITOR RATING
6.0
Performances
Script
Music/Soundtrack
Visuals
6.0
5.0
7.0
8.0
Suggestions
Can watch again
No
Good for kids
No
Good for dates
No
Wait to rent it
Yes
Martial arts films, especially those made in Hong Kong, can never cease to fascinate any audience around the world. Unfairly tagged as B-grade movies, most of them serve plenty of action, with a side order of melodrama and old school values. Surprisingly, the genre has been ignored lately, and so Kung Fu Killer, the latest Hong Kong movie to be released internationally, has been much looked forward to by fans of martial arts and bad dubbing.

Hahou Mo (Donnie Yen), a martial arts champion and instructor, has been in prison for almost three years. His crime is forgiveable, in a way - he involuntarily killed an opponent in the ring. And it is now more in the authorities own interests to ignore his crime and recruit him as one of their own - a known devil is better than an unknown one, and there is an unknown villain - Fung Yu-Sau (Wang Baoqiang) - who has made it his habit to inexplicably murder former fighting champions.

Fung is no mystery to Hahou, who has been in the circuit for a while. Identifying Fung is also not a problem. The bigger obstacle that Hahou has to overcome is to win over Inspector Luk Yuen-Sum (Charlie Young), the man he has to help with this mission, and also to ascertain that his rather nimble sword-wielding girlfriend (Michelle Bai) is safe back at home.

As with most movies in this genre, the logic is mostly irrelevant, both in action and in script. The villain exists, and therefore he has to be eliminated. His evilness is emphasised through a series of flashbacks and unrelated events. The heroes therefore have to learn to get along and save the world from this maniac serial killer who targets retired martial arts champions.

In any case, the dialogues, the script, the unintentional humour, the logic, the story, all of these then become redundant, because, let's face it, you would watch Kung Fu Killer for only one reason - the Kung Fu! As an aside, it seems wise to remind you that the English dubbing is never good, and you should probably try to catch the movie in its original language - maybe when the DVD comes out.

And so, the action. Everything else pales in comparison. The script jumps from one action sequence to another, and everything else in between can be your time out - for a visit to the washroom, or to pick up some more popcorn. From a very weird giant human skeleton to huge trucks - every prop and piece of furniture is just another excuse to show off one's fighting skills. In typical Hong Kong movie style, every prop is also a dangerous weapon, and every consequent action sequence becomes more complicated than the previous one. Although all of the action is well-choreographed, we recommend willing suspension of disbelief if you truly want to enjoy the sequences - much like in a Rohit Shetty movie.

Kung Fu Killer does not have the sophistication of American action movies, or the inanity of Hindi films. If you can watch it with a pinch of salt, then you will love it. The camera angles are exaggerated and the melodrama is irritating, but the film tries to entertain. You may find yourself comparing the movie with others that the Hong Kong film industry has offered us in the past, and you may find this one slightly lacking in most departments, maybe because it employs some wannabe tactics (of American movies), but it is worth one look anyway. Especially if you are a martial arts fan. Enjoy.
Share. Save. Connect.
Tweet
KUNG FU KILLER SNAPSHOT 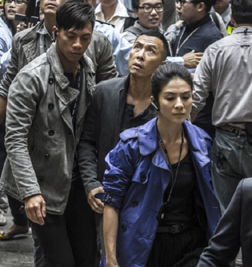 ADVERTISEMENT
This page was tagged for
Kung Fu Killer english movie
Kung Fu Killer reviews
release date
Donnie Yen, Charlie Yeung
theatres list
Follow @fullhyderabad
Follow fullhyd.com on
About Hyderabad
The Hyderabad Community
Improve fullhyd.com
More
Our Other Local Guides
Our other sites
© Copyright 1999-2009 LRR Technologies (Hyderabad), Pvt Ltd. All rights reserved. fullhyd, fullhyderabad, Welcome To The Neighbourhood are trademarks of LRR Technologies (Hyderabad) Pvt Ltd. The textual, graphic, audio and audiovisual material in this site is protected by copyright law. You may not copy, distribute, or use this material except as necessary for your personal, non-commercial use. Any trademarks are the properties of their respective owners. More on Hyderabad, India. Jobs in Hyderabad.