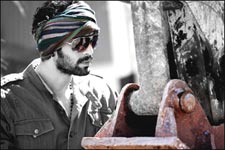 Deepa Garimella / fullhyd.com
EDITOR RATING
6.5
Performances
Script
Music/Soundtrack
Visuals
7.0
6.0
8.5
7.5
Suggestions
Can watch again
Yes
Good for kids
Yes
Good for dates
Yes
Wait to rent it
No
Honesty is so much a matter of social stigma that it takes phenomenal gumption to face up to the societal, and even familial, ridicule that a simple "I won't bribe" statement will get you. A significant reason that honesty doesn't do too well is that its benefits don't get as much positive PR as those of corruption do.

In such a scenario, the vision of clean politics is mostly left to the fantasy of singularly brave idealists who won't buckle under the derision.

Laughable as it may seem, it is probably even better that it is left to the CM's son.

Leader is just that - an impossible fantasy of sorts. When Sanjeevaiah (Suman), the Chief Minister of AP, dies, his last wish is that his son Arjun Prasad (Rana Daggubati) take over as CM. Arjun, an outsider to the world of politics, is hardly enthused, but after earnest appeals from his mother (Suhasini) to clean the system up, he relents.

Even laying claim to the CM's post proves a struggle - since it is fought over by his own family members, the Peddayana (Kota Srinivasa Rao) and his son Dhananjaya (Subbaraju) being key stakeholders in the operation. Arjun plays by the rules of the scum-ridden game, and gets to power.

Once in power, the business-suit-clad-CM is impossibly clear about his single-point agenda - eradicating corruption - and immediately empowers the Anti-Corruption Bureau (ACB). The rest of the story is about how the unearthing of thousands of crores of black money all over the place affects the dynamics of his party.

Sekhar Kammula's triumph is in not straying away from the film's stream of thought, and yet spelling out that successful strategy consists of being part of the system if you're to ever rectify it.

It would not be wrong to say that Leader is a compilation of questions any straightforward voter would want to ask of his MLA or MP - the sheer obscenity of wads of ill-gotten rupees tucked away in empty apartments, the apathy of the government official to rampant dishonesty, the skepticism of a raped girl's father who is confident of never getting justice, and the blatant refusal of the average elected representative to look beyond his "income".

It would also not be wrong to say that Leader is a movie built on the strength of its questions rather than its answers. Which is why the first half works - it is loaded with ammunition, and consists of straight but intense dialogues on ethics, corruption and statecraft. But it is the second half that is ineffective, as a vagueness of purpose sets in.

It is also only the first half that focuses on the emotional etching of the characters, sculpting the family's delicate dynamics with elan. In the latter half, the romance is one of the things that have been hit the most - saying anything more would reveal the plot, but coming from a director known to have woven magic in the area in the past, Leader's treatment of the women is unfair, to say the least.

For Rana, working with Tollwood's most consistently - critically and commercially - acclaimed director could be among the best a star son could hope for. He's well-built, and his well-marketed persona has, to his credit, resulted in an aura of sincere purposefulness about him. Since this is not a role that requires much from the acting department, it is not a test of his emotive skills, and Rana's future choices of film remain a pertinent question.

Richa Gangopadhayaya and Priya Anand are both expressive. All the other performances are quite exemplary. Subbaraju and Harshavardhan have been in several films earlier, but this one could well prove to be their permanent launch into the public eye. Kota Srinivasa Rao, Ahuthi Prasad, Tanikella Bharani, Gollapudi Maruthi Rao and Suhasini are others to watch out for.

Mickey Meyer's music comes up tops especially when the film is slacking in its pace, but you could also expect some routine work from him in the flick. The Maa Telugu Talli (lyrics) track, possibly the most powerful amongst the songs, is reported to have been chopped off this side of the Telugu-speaking divide, and we recommend you lend a full-fledged ear to it some time.

Sekhar Kammula's treatment lends the film an urbane feel, and everyone is dressed up comfortably enough to make you feel at home.

In all, Leader won't end up sanitizing a game that has grown to be beyond repair, but at least it's a reminder that you're not alone in asking for what you deserve.
Share. Save. Connect.
Tweet
LEADER SNAPSHOT

As deepa said... there are lot of questions... fine.... but the answers should come from our minds... i mean every indian's mind and need not be from director itself....

I felt the movie points out problems in political field... but nobody in this world can answer them... Sekhar Kammula tried his level best...


Pros: some scenes
Cons: too much cinematic in the second half
Sidharth on 20th Feb 2010, 12:49am | Permalink
Watched leader movie today. I did not expect much, so I found it good. Rana's acting is flat but I think it was intentionally made this way by Shekar Kamula. Kamula shows the internal happenings of political class without a hitch - can say he did justice to this directorial job. The leader movie is also in sync with the recent happenings in our not so peaceful AP state. The best part is NO unecessary songs and NO kullu jokes. Both the lady leads are gorgeous and the new faces were very refreshing. The love story with the second heroine in the "pachani polalu" could have been edited but given the importance of that love story, we can say "ook acceptable". This movie may not be for people who like heavy dialogues, over action and over emotion like the hoards of typical telugu movies which release in dozens every week. There was still some scope for improvement especially in editing and screenplay. Anyway, the movie was made for a purpose and kamula could achieve that purpose. The performances are average but the story is good. The way the LEADER story is told is the bread and butter for this movie and keeps the viewer engaged. Overall I give a 7.5/10 to the movie - simple, sweet, purposeful and communicative movie. I Can say - I felt good after watching the movie.


Pros: story, script
Cons: editing
gopalav5 on 19th Feb 2010, 4:52pm | Permalink
Expectations run high when there is film under a big banner like AVM, directed by SEKHAR KHAMMULA and to launch a third generation star son like RAANA.
But ALAS what a disappointment. What went wrong with SEKHAR KAMMULA who gave realistic movies like Anand, Happy Days, Godavari etc. The movie LEADER lacks absolute realism. I cannot blame RAANA who inspite of a weak story, script and screenplay tried to give his best but definitely cannot match NARA ROHIT in BAANAM and the Director of SEKHAR's calibre could match the Director of BAANAM who dealt with almost similar subject of ONE MAN ARMY fighting a corrupt political system against all odds. Comparisons are inevitable when the movie reminds of the tamil film MUDHALVAN starring Arjun and Manisha Koirala which was beautifully remade in hindi as NAYAK starring Anil Kapoor and Rani Mukherjee which also dealt with the similar subject.
Let better sense prevail on Sekhar Kammula.

ADVERTISEMENT
This page was tagged for
leader movie review script
Leader telugu movie
Leader reviews
release date
Rana Daggupati, Kota Srinivasa Rao
Follow @fullhyderabad
Follow fullhyd.com on
About Hyderabad
The Hyderabad Community
Improve fullhyd.com
More
Our Other Local Guides
Our other sites
© Copyright 1999-2009 LRR Technologies (Hyderabad), Pvt Ltd. All rights reserved. fullhyd, fullhyderabad, Welcome To The Neighbourhood are trademarks of LRR Technologies (Hyderabad) Pvt Ltd. The textual, graphic, audio and audiovisual material in this site is protected by copyright law. You may not copy, distribute, or use this material except as necessary for your personal, non-commercial use. Any trademarks are the properties of their respective owners. More on Hyderabad, India. Jobs in Hyderabad.