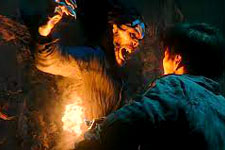 Punarvasu Pendse / fullhyd.com
EDITOR RATING
3.5
Performances
Script
Music/Soundtrack
Visuals
6.0
3.0
5.0
6.0
Suggestions
Can watch again
No
Good for kids
No
Good for dates
No
Wait for OTT
Yes
Morbius is easily the most underwhelming of any Marvel IP, Eternals included. While the aforementioned multi-hero starrer had some ambition that it just failed to realise, Morbius is far less innovative, and is essentially just uninteresting. Director Daniel Espinosa manages to come up with a lukewarm film that would turn off the most devoted fan of the character, and the whole thing feels like a blatant, hastily put-together cash grab.

Struggling with his rare blood disorder, young Michael Morbius (Jared Leto) bonds with his surrogate brother Milo over their shared illness. The gifted Morbius goes on to attend medical school, developing artificial blood that changes the medical landscape, despite it only being the product of a failed experiment in trying to cure himself.

Fellow scientist Martine Bancroft (Adria Arjona) agrees to help Morbius after discovering he had smuggled in vampire bats from Costa Rica for his experiments, and the duo splice bat genes to create a cure that gives Michael superhuman abilities, but with a devastating side-effect. It is now up to him to stop his nemesis, while also trying to keep himself from going berserk.

Morbius is exactly the kind of mediocre product you would expect Sony to churn out as a means of capitalising on its deal with Marvel over the extended Spiderverse. The whole movie seems like it was made to show you its post-credit scene and set up the scene for another "team" of super-somethings. We are sympathetic to the fact that this film's release was delayed multiple times due to the pandemic, and that it was reshot and messed-around with, between its intended release in 2020 and its actual release in 2022 - but that does not absolve it of its various sins.

You have several questions in just the first few minutes of the movie's 105-minute running time - how does Morbius get hundreds of bats from Costa Rica to his lab? Do vampire bats actually flock like that? How does he feed said bats while they're ensconced in a ludicrous glass aquarium in the middle of his lab - wouldn't it be messy? We're sure this review would go on and on if we were to list more such questions.

The cardinal sin, however, is that Morbius is just an extremely unentertaining film. Insipid story-telling coupled with average special effects and action scenes makes it an experience to forget. There were a few cool things we remembered, such as the way the movie shows us Morbius' extra human senses using swirling smoke and lights, but they were fleeting.

Jared Leto has another failed outing being a part of a superhero (supervillain?) film, but it is really not his fault. He seems to be in his element, having fun playing a character that didn't require any weird method-acting shenanigans that he is notorious for. Matt Smith also seems to have fun playing an unhinged yet troubled character. Adria Arjona has little to do but be the love interest - it was such a pity that her most interesting scene was her last one. Jared Harris, Al Madrigal and Tyrese Gibson round up the supporting cast - all doing their best with roles that had no noteworthy moments.

John Ekstrand, frequent collaborator of director Daniel Espinosa, provides a score that is good, but you don't get any memorable tracks that you would spend time recollecting.

Mobius sucks up your time more than its vampires suck blood. If you do still decide to go ahead and watch it, don't end up making the mistake we committed by opting for a night show - sleep will prevail. 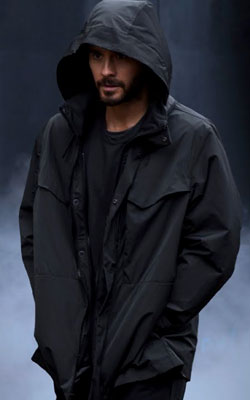 ADVERTISEMENT
This page was tagged for
Morbius english movie
Morbius reviews
release date
Jared Leto, Adria Arjona
theatres list
Follow @fullhyderabad
Follow fullhyd.com on
About Hyderabad
The Hyderabad Community
Improve fullhyd.com
More
Our Other Local Guides
Our other sites
© Copyright 1999-2009 LRR Technologies (Hyderabad), Pvt Ltd. All rights reserved. fullhyd, fullhyderabad, Welcome To The Neighbourhood are trademarks of LRR Technologies (Hyderabad) Pvt Ltd. The textual, graphic, audio and audiovisual material in this site is protected by copyright law. You may not copy, distribute, or use this material except as necessary for your personal, non-commercial use. Any trademarks are the properties of their respective owners. More on Hyderabad, India. Jobs in Hyderabad.