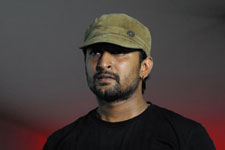 Kritika Deval / fullhyd.com
EDITOR RATING
5.5
Performances
Script
Music/Soundtrack
Visuals
5.5
4.5
6.0
6.0
Suggestions
Can watch again
No
Good for kids
No
Good for dates
No
Wait to rent it
Yes
So, the hero calls himself Pra-cash (Nani), the movie is called Paisa, and you get to know early on that it's an anti-establishment heist flick. The basics - Prakash is in love with Noor (Catherine Tresa), but then Prakash is a lot more in love with money. As he goes about his business of living to the fullest in the colorful Old City of Hyderabad, money comes to him in the form of a spirited and loaded young lady called Sweety (Siddhika Sharma), and he falls for it... oops, we mean her... hard. Noor, heartbroken, decides that Prakash is not to be depended on, and decides to get married to a sleazy old sheikh to pay off her debts. But then, Prakash sees prakash and decides that he loves Noor more than money, never mind that he seemed to actually enjoy Sweety's company.

So, he fights with a bunch of the sheikh's goons and those of the person Noor is indebted to, and in the process of getting away, ends up stealing a car with fifty crores in hawala cash. If you've ever seen even one heist flick, you see where this is going. Also, did we mention? The cash belongs to a greedy pig of a man who aims to be the chief minister and greases the palms of a police officer who is willing to personally get the money transferred.

Maybe it's just us, but also, maybe there's just something a tad cynical about cashing in on a prevailing anti-cash sentiment. The fact of the matter is, there isn't much to Paisa that isn't done to cater to some segment of the audience.

That the makers have tried very hard to give the flick the rudimentary appearance of an off-beat film is irrelevant. Zany graphics and dramatic slo-mo sequences do not automatically make for a fast-paced thriller. In fact, a more matter-of-fact narrative pace could've helped take the attention away from how run-of-the mill most of the movie is.

The only truly appealing part of the film is perhaps the character of Noor. Imagine this, when Prakash comes disguised in a burqa to rescue her from marriage to the sheikh, she not only does not meekly run after him while screaming at the slightest movement from anybody, she actually hits him on the head with a pot and draws a sword at him until he reveals his identity.

Catherine Tresa is very cute, and gives a nuanced and subtle performance. Siddhika Sharma is just plain annoying, but that probably has more to do with the role than with the performance. Pretending to be a hooker in a red light area to see how much she can command and then almost get raped until the hero comes running to beat the bad guys up is probably not any girl's idea of what's amusing, not matter how rich or spoiled she might be.

And then of course there's Nani. Nani is in his element here. He gets a role where he gets to be as grandiose as he can and as nonchalant as he pleases. He manages both with ease. Too bad that everything that's happening to his character is so mediocre. There's a scene at about half-an-hour into the movie where you get to see Nani talk about pots and pots of money and you see love there. Not just wishful thinking, but love as if bags of money have as much sex appeal as Madhubala, Rekha, Mallika Sherawat and a million other sex goddesses throughout the centuries.

While the villains are as mediocre as the plot, the boys who play Nani's sidekicks do ok.

And then there is the cinematography, which, while stunning if it were a presentation on just what one can do with a camera and a computer, is still a dead weight to the film. About the fifth time you see the screen flash into bizarre shades of red in the middle of an innocuous lovers' tryst, you just don't want to look at the screen any more.

The music is catchy enough, but you won't find yourself humming a number on your way out.

While the dialogue is natural enough, there is nothing to actually make you laugh. In fact, the writers seemed to think people would be so dazzled by the camera-work that a coherent plot with decent dialogue are irrelevant.

Paisa is a film that is true to its plot of easy money. It isn't the worst movie you'll have seen, but you won't be glad to have dropped your paisa on it either.
Share. Save. Connect.
Tweet
PAISA SNAPSHOT 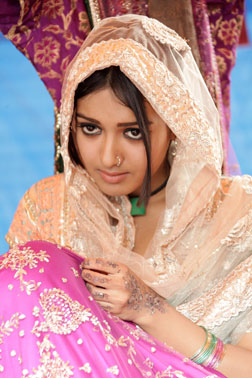 ADVERTISEMENT
This page was tagged for
Paisa telugu movie
Paisa reviews
release date
Nani, Catherine Tresa
theatres list
Follow @fullhyderabad
Follow fullhyd.com on
About Hyderabad
The Hyderabad Community
Improve fullhyd.com
More
Our Other Local Guides
Our other sites
© Copyright 1999-2009 LRR Technologies (Hyderabad), Pvt Ltd. All rights reserved. fullhyd, fullhyderabad, Welcome To The Neighbourhood are trademarks of LRR Technologies (Hyderabad) Pvt Ltd. The textual, graphic, audio and audiovisual material in this site is protected by copyright law. You may not copy, distribute, or use this material except as necessary for your personal, non-commercial use. Any trademarks are the properties of their respective owners. More on Hyderabad, India. Jobs in Hyderabad.