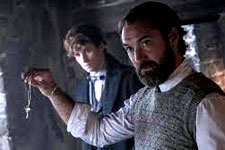 Punarvasu Pendse / fullhyd.com
EDITOR RATING
6.0
Performances
Script
Music/Soundtrack
Visuals
8.0
4.5
8.0
8.5
Suggestions
Can watch again
No
Good for kids
Yes
Good for dates
Yes
Wait for OTT
No
As a reviewer, you are expected to go into every movie with an open mind. There's always the potential that this movie is going to blow you away. Until it doesn't, the next one comes along, and the cycle continues.

We will be the first ones to admit that this isn't always the case. Sequels to offshoot tentpole movies from an established universe are perhaps the most not-looked-forward-to movies out there, but we were pleasantly surprised by Fantastic Beasts: The Secrets Of Dumbledore. Or perhaps it was just relief that it was nowhere as bad as its atrocious predecessor, Fantastic Beasts: The Crimes Of Grindelwald.

Director David Yates is back again with the third instalment in the Fantastic Beasts film series. The big change, however, was in the writing department - with the addition of veteran screenwriter Steve Kloves to aid Wizarding World creator J K Rowling. Kloves had previously worked with Rowling to adapt Rowling's seven Harry Potter books into movies (each one a bonafide blockbuster).

Dumbledore cannot directly go against Grindelwald due to a magical blood pact known as a "blood troth" that destroys either of the two if they attempt to attack the other. It is now up to Scamander and his band of oddities to prevent Grindelwald from realising his nefarious plans that threaten to destroy the very fabric of the wizarding society.

The biggest question that will plague the Fantastic Beasts series, is the simple "why?" (We get it - money, duh! - but we meant from a storytelling perspective.) For starters, it would have been so much nicer for Warner Brothers Studios to make two series of films - one focusing on Newt Scamander and his lovely (and some not-so-lovely) beasts, and the other dealing with the young(ish) Dumbledore and his shenanigans. The first Fantastic Beasts movie had plenty of charm that came from its titular beasts that has been lost since, which has been a pity. The second plot element, Dumbledore vs Grindelwald, is a very confusing mess of entangled elements that you're never quite sure is not done on purpose because Dumbledore wants to do random things to throw off Grindelwald's Qilin-powered foresight.

With a running time of just under two-and-a-half hours, Fantastic Beasts: The Secrets Of Dumbledore tends to drag on. Things seem to be constantly happening, and you're taken to various locations and introduced to multiple characters - but little seems to be of importance, especially when you consider that this is the halfway point of a series of five movies (these aforementioned scenes are however admittedly gorgeous, with extravagant set pieces and plenty of CGI-infused action sequences). The only real emotional connection the movie aims to establish with fans of the franchise is the relationship between Dumbledore and Grindelwald.

Which is why, kicking Johnny Depp out of the Fantastic Beasts films and replacing him with Mads Mikkelsen was an absolute masterstroke. Not only does the veteran actor bring a certain sense of gravitas to the role of the villain, doing away with the almost caricatural unhinged maniac bit that Depp did helps the audience take the character of Grindelwald more seriously. His co-star Jude Law initially seems to be a bit miscast, but ultimately delivers the emotional performance that is needed from Dumbledore in a film confirming his sexuality with quiet poignancy.

Eddie Redmayne looks like he is having a blast, just like in the previous films, as do his colleagues - with Alison Sudol seeming like she had the most fun in bringing back the eccentric Queenie Goldstein after a much darker path her character undertook. Her chemistry with Dan Fogler is just as quirky. Callum Turner and Jessica Williams don't have much to do, but they don't feel as short-changed as Ezra Miller or William Nadylam.

Music has never been a letdown with any film from the Wizarding World, and James Newton Howard's soundtrack continues the trend. A special mention to Stuart Craig's and Neil Lamont's production design - everything is dark and mysterious, and in tune with the more sombre theme, but also open and empathic with exotic locations such as Bhutan being used.

If you're a fan of the Harry Potter Wizard World, this movie is going to appeal to you regardless of our verdict. For the rest, it is a decent one-time watch, but one that plunges the viewer into the action immediately assuming they're up-to-date with the events preceding, from parts one and two of the Fantastic Beasts series. It takes a bit of time to understand the proceedings, but it's somewhat of a fun ride once you do!
Share. Save. Connect.
Tweet
FANTASTIC BEASTS: THE SECRETS... SNAPSHOT
FANTASTIC BEASTS: THE SECRETS OF DUMBLEDORE SNAPSHOT 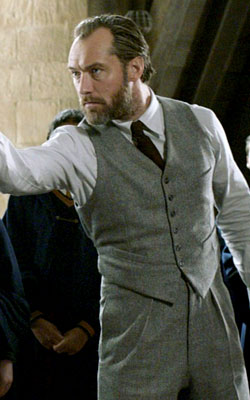 ADVERTISEMENT
This page was tagged for
Fantastic Beasts: The Secrets Of Dumbledore english movie
Fantastic Beasts: The Secrets Of Dumbledore reviews
release date
Eddie Redmayne, Jude Law
theatres list
Follow @fullhyderabad
Follow fullhyd.com on
About Hyderabad
The Hyderabad Community
Improve fullhyd.com
More
Our Other Local Guides
Our other sites
© Copyright 1999-2009 LRR Technologies (Hyderabad), Pvt Ltd. All rights reserved. fullhyd, fullhyderabad, Welcome To The Neighbourhood are trademarks of LRR Technologies (Hyderabad) Pvt Ltd. The textual, graphic, audio and audiovisual material in this site is protected by copyright law. You may not copy, distribute, or use this material except as necessary for your personal, non-commercial use. Any trademarks are the properties of their respective owners. More on Hyderabad, India. Jobs in Hyderabad.