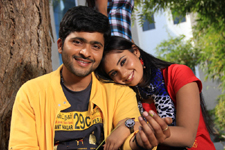 Kritika Deval / fullhyd.com
EDITOR RATING
2.0
Performances
Script
Music/Soundtrack
Visuals
2.0
3.0
2.5
3.0
Suggestions
Can watch again
No
Good for kids
No
Good for dates
No
Wait to rent it
No
Listen up, readers. We're on a mission here. A mission to save the little indie film from being eaten up by Big Cinema (as in the mainstream film industry and not the theatre chain). A mission to uphold the bravery of small filmmakers who dare to work the chisel on the chunks appropriated by big banner production houses.

...is what we would be saying if Tollywood's indie scene was anything more than an excuse to crack the kind of jokes that would get you beaten up in mixed company; and to slut things up to soft-core levels and call it realism.

Take Premantene Chitram, for instance. Its sole claim to creativity of any sort is the dialogues - all of which are either lifted off verbatim, or are paraphrased, from famous movies in a bid to draw knowing whistles from the handful of people in the theatre.

This is an indie film that begins with an indie film cliché. A friend of the lead pair is on a journey with strangers, and embarks on a narrative journey of their "whacky" love story. As for the "whacky" part, we'd leave you to judge for yourself, but we really like you and want to see you again and again until death or solar flares do us part.

That leaves us with the story part. So, two college friends with different ideas of life - who only got together for jam sessions and "hilarious" pranks on lecturers and overweight peers - suddenly grow hair on their funny parts, eat the Forbidden Apple, and now want to do the dirty in the bushes like never before. The events in the film might not have occurred in this exact way, but you get the general idea. Also, raise your hands if you've heard this story before.

In the midst of all this mind-bending originality, you find gem-studded nuggets of humour, like this one bit where our uni-dimensional protagonists, along with their posse, trick an overweight classmate into drinking huge amounts of castor oil, so that they can shoot imaginary bullets everytime he runs into the loo.

This wonderful and spontaneous gang also does wonderful and spontaneous things like changing a lecturer's ringtone to the voice of a woman mid-coitus; contriving bizarre scenarios to help one amongst them get laid - scenarios that would only work in the bizarre parallel universe in which this movie exists, where anything feminine (including a caricature gay) has burgundy hair; and concocting even more inexplicable schemes to con money out of unsuspecting souls; all the while looking slightly less alive than what we assume their cardboard cutouts would look like.

The mental picture here is that of mothers sitting off the sets and patting them all on the heads and telling them what a great job they've been doing, as only mothers can do when faced with a 5-year-old who can't color within the lines of a damned circle.

From here on, things go steadily downhill (funny that, since things kinda began at sea level) to levels that we will not sully the Internet by describing. What we will describe is what happens to a foetus between months two to five. Not only does it have no eyelids on its fully functional eyes, but it also gets to experience the sheer horror of watching its own intestines grow outside of its body.

Don't judge, people. The indignities forced upon the persons of veteran actors and our eyes make our minds dwell upon dark thoughts.

While the movie looks like it has been shot by a hack of a wedding videographer, the soundtrack is good enough that you can make the effort of looking it up on YouTube.

Verdict: If you haven't figured it out yet, please scroll up to the bit where we tell you indirectly that we would rather watch our intestines grow outside of our bodies than go through this film again.
Share. Save. Connect.
Tweet
PREMANTENE CHITRAM SNAPSHOT 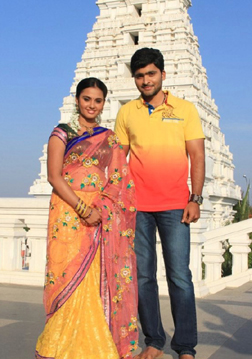 ADVERTISEMENT
This page was tagged for
premantene chitram full movie
Premantene Chitram telugu movie
Premantene Chitram reviews
release date
Manas, Arushi
Follow @fullhyderabad
Follow fullhyd.com on
About Hyderabad
The Hyderabad Community
Improve fullhyd.com
More
Our Other Local Guides
Our other sites
© Copyright 1999-2009 LRR Technologies (Hyderabad), Pvt Ltd. All rights reserved. fullhyd, fullhyderabad, Welcome To The Neighbourhood are trademarks of LRR Technologies (Hyderabad) Pvt Ltd. The textual, graphic, audio and audiovisual material in this site is protected by copyright law. You may not copy, distribute, or use this material except as necessary for your personal, non-commercial use. Any trademarks are the properties of their respective owners. More on Hyderabad, India. Jobs in Hyderabad.