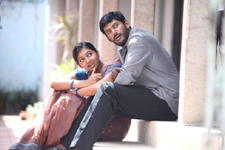 Ravi Kandala / fullhyd.com
EDITOR RATING
3.0
Performances
Script
Music/Soundtrack
Visuals
4.0
2.0
2.0
4.0
Suggestions
Can watch again
No
Good for kids
No
Good for dates
No
Wait for OTT
No
Allow us to remind you of the legend of Vikram and Bhetal. King Vikram carried Bhetal the ghost off the latter's perch 25 times, only to have Bhetal return to the tree each time by posing an answerable riddle to the king at the end of each story.

This legend has strong resemblance to actor Vishal's film journey. Vishal's spirit is similar to that of King Vikram - he gamely keeps coming up with films and trying to impress the audiences. The directors he works with seem to be like Bhetal - except that Bhetal at least told different stories each time. Vishal's directors keep telling us the same story over and over again. And he does not seem intelligent enough to catch on to that.

In fact, the director of Vishal's latest movie, which is also Vishal's first foray into producing his own films, does not bother to appear like he's trying. He just takes the script of his previous venture Naa Peru Shiva, starring Karthi, and rehashes it with Vishal with minor differences. The film begins with the death of a prominent gangster where people singing tragic songs suddenly decide to break into a full-on "dappan-koothu" dance number to ensure that the dead man has a joyous journey. After this decidedly weird number, the movie goes back into the normal Tamil film mode showing the middle class life of the family of Siva (Vishal). (Note that Suseendran does not even bother to change the name of his hero.)

Siva is a coward who will get beaten up by goons who are attacking his brother, and when asked by his family why he doesn't fight back, will reason with them that what he did was the prudent thing, instead of admitting to his cowardice. The film progresses on normal lines showing Siva, his friends, his family and his budding love life with one of the tenants of his house (Lakshmi Menon) until the interval. At this point, one of Siva's family members is bumped off and he suddenly turns into an avenging angel. The rest is extra predictable.

The problem with Palnadu is that nothing happens in the movie for extremely long stretches. The director keeps putting irrelevant songs and completely out-of-context scenes to increase the running time. Siva keeps following the villain Ravi (Vairavan) around, making a note of his activities for one full year! After all this, he finally decides to take on Ravi, unplanned, in the toilet of a theatre that Ravi has come to with his full entourage. The entire point of the movie is resolved in one long-drawn fight at the end.

Vishal does what he has done in all his previous films, repeating his stock expressions note to note. Lakshmi Menon, Siva's love interest, is hardly there, making just the mandatory two-scene, two-song appearance. The only thing of note in her performance is how she drapes a 9-yard saree in the traditional Tamil style and dances to a full blast masala song. Bharathi Raja puts in an excellent performance as the helpless middle class man who will go to any extent to avenge his son's death. Bad man Vairavan, a new face to our audiences, puts in a menacing performance.

The film's music is unbearable, mostly due to its translated-from-Tamil flavour. Suseendran attempts to give the movie some visual flair, but you are mostly left confused if the darkness and blurred nature of the images was intentional or not.

Palnadu's biggest laugh-out-loud moment is during the titles when Bharathi Raja's name is prefixed with the title "Darsaka Himalaya" in Telugu and "Director Himalayan" in English. If they truly respected the man so much, they should not have wasted him in such a pedestrian role in another assembly line production.
Share. Save. Connect.
Tweet
PALNADU SNAPSHOT 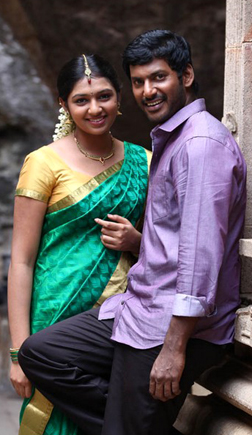 ADVERTISEMENT
This page was tagged for
Palnadu full movie Telugu
palnadu telugu full movie
palnadu full movie telugu
telugu palnadu full movie
palnnaddu film
Follow @fullhyderabad
Follow fullhyd.com on
About Hyderabad
The Hyderabad Community
Improve fullhyd.com
More
Our Other Local Guides
Our other sites
© Copyright 1999-2009 LRR Technologies (Hyderabad), Pvt Ltd. All rights reserved. fullhyd, fullhyderabad, Welcome To The Neighbourhood are trademarks of LRR Technologies (Hyderabad) Pvt Ltd. The textual, graphic, audio and audiovisual material in this site is protected by copyright law. You may not copy, distribute, or use this material except as necessary for your personal, non-commercial use. Any trademarks are the properties of their respective owners. More on Hyderabad, India. Jobs in Hyderabad.