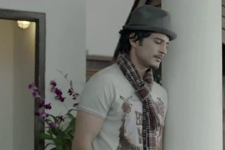 Nupur Barua / fullhyd.com
EDITOR RATING
3.0
Performances
Script
Music/Soundtrack
Visuals
4.0
3.0
5.0
4.0
Suggestions
Can watch again
No
Good for kids
No
Good for dates
No
Wait for OTT
No
A century of Indian cinema, and some still don't get it. Moviemaking is not a joke. It is not an indulgence. It is a lot of other things, though - such as a story, to begin with. And the ability to touch the person viewing it. It is also an art, but Anish Khanna prefers to rely purely on his knowledge of the craft with his new release Ishk Actually, thus effectively leaving you untouched, and annoyed.

Gia (Neha Ahuja) is a sour-faced young woman, whom you would not want to meet with in a deserted alley. She has a problem - she has to choose between two men (of course, the other alternatives, such as choosing a third man instead, or even deciding NOT to choose either, are not in play here).

There is Kabir (Raayo S Bakhirta), whom she is engaged to, and there is Neal (Rajeev Khandelwal), with whom she has had a one-night stand. One is her past, and the other is her future. Just when she officially declares her decision to carry on with Kabir after all, Neal re-enters her life as the wedding organiser, and all hell breaks loose (at least, in Gia's self-absorbed world).

The men do not help much. They just hang around waiting for Gia to make up her mind. And yes, she does, only to change it again, and all over again, till she gives everybody a headache. Actually, Neal does make it clear that he cannot be a part of her plans, but she then behaves like a spoilt child who has been deprived of her favourite toy.

And so the story goes on and on - but wait, that is not how it plays out. Given the director's need to experiment with experimental cinema, it cannot be that simple.

You see, the lack of a chronological narrative is considered intellectual, and that is what the director picks on. You never know which period (in Gia's life) you are in. She retains her blank expression, and they all walk a lot and take long drives. Nobody speaks much, which may be a good sign for a script this confusing, but when they do, they spout philosophy. The few supporting characters that exist make more of an effort to give us an idea of what the story is really all about, but even then, you will yawn and shift uneasily in your seat.

The screenplay is without structure, and the story therefore becomes almost impossible to grasp - even for the sharpest mind. If the idea is to portray a woman's conundrum, then the makers have done an ineffective job - the character just does not elicit sympathy, or even hatred. She is bland, as is the screenplay, and the lack of emotions does not help.

As far as the actors are concerned, it would not be fair to judge their histrionic skills based on the roles they played here. Neha Ahuja is grouchy, Raayo S Bakhirta seems puzzled, and Ann Mitchai is clearly there to have a blast. Rajeev Khandelwal, who has become somewhat known for picking meaningful roles, tries his best to keep the act together, but even he is lost. The dialogue deliveries of all the actors are just those - deliveries, spoken without feeling or passion, even when the emotion displayed on the face says otherwise.

Despite the suggested number of places in the movie, every location begins to resemble each other. This may have something to do with the lighting (mostly dark). The repetitive patterns in the cinematography make the movie dull, visually. The production design is average, as are the costumes. The editing department has obviously not paid attention to the basics of editing - the movie rambles on and on with unnecessary shots that cannot even be termed fillers. The music is average, too, with just one number that may hold your interest for a while. The background score seems inspired by European films, and suits the subject.

Actually, there is no 'ishq' in Ishq Actually. The movie is definitely not worth spending money on, because it gives you nothing - no goosebumps, no sighs, no romantic moods, not even a sense of despair. You blank out after a point. Avoid, even when it airs on television, if ever.
Share. Save. Connect.
Tweet
ISHQ ACTUALLY SNAPSHOT 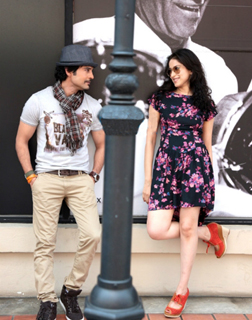 ADVERTISEMENT
This page was tagged for
Ishq Actually hindi movie
Ishq Actually reviews
release date
Rajeev Khandelwal, Raayo S Bakhirta
theatres list
Follow @fullhyderabad
Follow fullhyd.com on
About Hyderabad
The Hyderabad Community
Improve fullhyd.com
More
Our Other Local Guides
Our other sites
© Copyright 1999-2009 LRR Technologies (Hyderabad), Pvt Ltd. All rights reserved. fullhyd, fullhyderabad, Welcome To The Neighbourhood are trademarks of LRR Technologies (Hyderabad) Pvt Ltd. The textual, graphic, audio and audiovisual material in this site is protected by copyright law. You may not copy, distribute, or use this material except as necessary for your personal, non-commercial use. Any trademarks are the properties of their respective owners. More on Hyderabad, India. Jobs in Hyderabad.