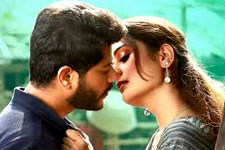 Josh / fullhyd.com
EDITOR RATING
1.5
Performances
Script
Music/Soundtrack
Visuals
4.0
1.0
6.0
5.0
Suggestions
Can watch again
No
Good for kids
No
Good for dates
No
Wait to rent it
Yes
Clichés, while troublesome, can be easy to communicate. They are shared knowledge. Like bird poop. If you and I were on a call and I was pacing about the terrace immersed in some stimulating conversation, and I say to you abruptly "Bro, a bird just shat on me", you'll know precisely the nature of my inconvenience. Imagine, however, that I told you a murder of crows is circling exactly above me and carpet-shitting on me. You wouldn't understand it. Because even I wouldn't be able to explain it even though I'm experiencing it first hand.

I wish RDX Love was like basic bird poop. I wish I could quickly tell you the list of clichés and you grasp the precise nature of its issues. But no, RDX Love is a whole different world. The makers find genuinely original ways to bother you, and where they employ a cliché, they malign it beyond recognition. RDX Love is a truly surreal experience that I and about eleven others (making us the Dirty Dozen) in the cinema would be at a loss of words to even begin to explain. There is a murder of crows in the hall and it has pooped on all of us. And I'm going to try to tell you about it.

Firstly, RDX Love has nothing to do with RDX. It is my belief that this has something to do with Payal Rajput's recent success RX 100. Somebody somewhere concluded that RDX sounds like RX. Congratulating themselves for being a bit of a cunning linguist, they possibly also thought it makes the film sound explosive. Well, consider us blown (see? sometimes I'm a bit of a cunning linguist, too).

As RDX Love is no necessary title for this disturbingly original dollop of bird poop, I'll also try to identify other titles for it as I recount the various adventures it took me through. So there's this whole segment where Alivelu (Rajput) and her entourage of friends (four poor junior artistes who overact in the background in order to be noticed) take to the streets to promote the use of condoms to every Tom, Dick and Harry. Well, mostly to Dick. They are doing this "social service" in order to boost the government's efforts to control the spread of AIDS.

In one of their efforts, they ask an uncle if he has sex with strangers. He replies he has sex only with strangers. The girls are then excited as he pulls his shirt up to show his own box of condoms and says he never goes out without "safety". RDX Love (aka Condom-Maama Kadhalu) then goes on to have this uncle taking a selfie with these girls where he's inviting them all to join with the words "Come, come, come. Come! Come. Come..., come. Come! Come! Come!"

During this "safety" briefing, Siddhu (Tejus Kancherla) falls for Alivelu, and later goes to her hostel in the night to ask for "safety". He says the medical stores are all closed and his girlfriend had told him her parents were not home. Alivelu is out of condoms. So she takes Siddhu, on her own scooter, to her professor's house, and knocks on the professor's door interrupting the poor professor's sexy time with his wife. After this "beautiful" episode, RDX Love (aka Sundaraa-Condom) goes on to have the professor listen to Siddhu's case, and has him help the latter out with a fresh box of condoms.

Siddhu was making up this story about the girlfriend so that he could get close to Aivelu. She comes to know he lied to her and is therefore pissed at him. So he infiltrates her hostel by getting pally with the hostel's male warden. The warden, a manly man, apparently likes men, and so he puts on a nightie, ties jasmine strings to his hair, wears a bindi, and pounces upon Siddhu. RDX Love (aka Shifty Shades of Gay) goes on to have the warden questioning Siddhu why he finds Alivelu more attractive than him.

Thereon, Alivelu and her intrepid gang tackle the problem of falling childbirth in a village where arrack (the liquor, saaraai) is putting the men to sleep. Every evening the men come home piss drunk and don't make the moves on their women. Alivelu recommends to the women to take up jasmine braids and work their magic on the men. That fails. Siddhu then proposes that the women go through Vatsayana's Kamasutra, and since they are all illiterate, Alivelu reads it out to them. The women can take it no more and forcefully mount their husbands in the night. RDX Love (aka Mount Never-Rest) then goes on to have the men abandon the drink because they now want more of the mounting.

You know what? I'm not even done with the first half. It felt like there's bird poop everywhere already. Like there were more crows and pigeons swarming in the hall now. And that's when the vulture showed up.

The most mind-bending assault on us came with Mumaith Khan playing a disgustingly-foul-mouthed cop. She dubs for herself and spits out her words with this accent so terrible that it's some of the most unholy sounds I have had the displeasure of being subjected to. The cop picks up Alivelu from a street, takes her to the police station, pours her a drink, and then starts beating her up after Alivelu refuses it.

A lot of what Mumaith Khan says is muted by the censors, but one word stubbornly remains. She keeps calling Alivelu a "ginja". Earlier, on any given day if you bothered to ask me what ginja meant, I'd be bound to say it means a seed. Not anymore, though. Evidently the work of the aforementioned cunning linguist, RDX Love (aka Son of a Ginja) has forever changed the Telugu lexicon (at least for the dozen of us in the hall) by making the innocuous "ginja" stand in as a retching euphemism for ...well, "ginja".

At this point, none of us in the hall knew what to do or how we got caught in these swirling typhoons of bird poop. Then I broke into loud laughter. I laughed like a madman with a condition. And everyone else joined me. It was like we were whiffing busts of Nitrous Oxide and laughing uncontrollably. We didn't know why but we felt sure we'd not survive unless we laughed our bloody guts out.

I looked up Wikipedia and it said, "Nervous laughter is a physical reaction to stress, tension, confusion or anxiety". Neuroscientist Vilayanur S Ramachandran states, "We have nervous laughter because we want to make ourselves think what horrible thing we encountered isn't really as horrible as it appears, something we want to believe." Those are the most embarrassing times, too, naturally. Psychologist and neuroscientist Robert Provine, from the University of Maryland, studied over 1,200 "laughter episodes" and determined that 80% of laughter isn't a response to an intentional joke.

For this movie, make that 100%, and we have an agreement.

Composer Radhan (throughout the film), and Thulasi and Naresh (in the second half) attempt to somehow dignify this assault on the senses, the intellect, and the mother tongue. They fail, of course.

You can be sure that every Tom, Dick and Harry (well, mostly Dick) that showed up in the theatre was there merely seeking some voyeuristic pleasure from staring at Payal Rajput's talents. Here, too, RDX Love (also known as Dick-bait) plays with your gullible mind by keeping Rajput well clothed for most of its runtime. That one racy song which is plastered all over the promotions came somewhere in the middle of the second half prompting one of the Dirty Dozen to yell out "ginja mokka ayyindi". More nervous laughter ensued.
Share. Save. Connect.
Tweet
RDX LOVE SNAPSHOT 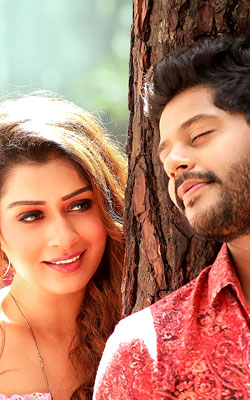 ADVERTISEMENT
This page was tagged for
www Telugu movie relz
rdx love full movie com
moveirulz rdx love
rdx movies
rdx love
Follow @fullhyderabad
Follow fullhyd.com on
About Hyderabad
The Hyderabad Community
Improve fullhyd.com
More
Our Other Local Guides
Our other sites
© Copyright 1999-2009 LRR Technologies (Hyderabad), Pvt Ltd. All rights reserved. fullhyd, fullhyderabad, Welcome To The Neighbourhood are trademarks of LRR Technologies (Hyderabad) Pvt Ltd. The textual, graphic, audio and audiovisual material in this site is protected by copyright law. You may not copy, distribute, or use this material except as necessary for your personal, non-commercial use. Any trademarks are the properties of their respective owners. More on Hyderabad, India. Jobs in Hyderabad.