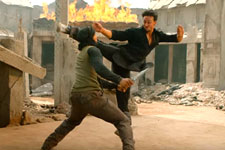 P. S. It has come to our attention that Vaani Kapoor was in this film too. Please keep your eyes peeled to catch her.
Share. Save. Connect.
Tweet
WAR SNAPSHOT 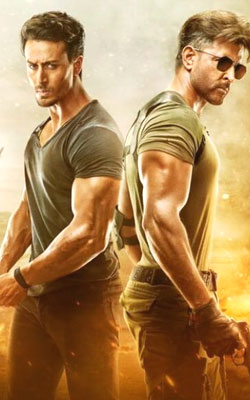 ADVERTISEMENT
This page was tagged for
War full movie Hindi
war movie review fullhyderabad
war full hidin movie
is hrithik war movie good for kids
war hindi movie reviews
Follow @fullhyderabad
Follow fullhyd.com on
About Hyderabad
The Hyderabad Community
Improve fullhyd.com
More
Our Other Local Guides
Our other sites
© Copyright 1999-2009 LRR Technologies (Hyderabad), Pvt Ltd. All rights reserved. fullhyd, fullhyderabad, Welcome To The Neighbourhood are trademarks of LRR Technologies (Hyderabad) Pvt Ltd. The textual, graphic, audio and audiovisual material in this site is protected by copyright law. You may not copy, distribute, or use this material except as necessary for your personal, non-commercial use. Any trademarks are the properties of their respective owners. More on Hyderabad, India. Jobs in Hyderabad.