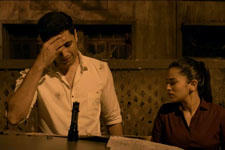 Sai Tulasi Neppali / fullhyd.com
EDITOR RATING
6.5
Performances
Script
Music/Soundtrack
Visuals
7.0
6.0
7.0
7.0
Suggestions
Can watch again
No
Good for kids
No
Good for dates
No
Wait for OTT
Yes
If you have a winning crime-thriller formula like Dr. Sailesh Kolanu did with his 2020 movie HIT, it makes perfect financial sense to turn it into a series. I imagine producers get dollar signs in their eyes when you append the word "-verse" to a title. The franchise model has become a filmmaker's favourite way to ensure that some minimum guaranteed number of viewers show up in theatres out of a sense of loyalty or at least familiarity. Kolanu too jumps on this bandwagon with his own little world of protean cops and psychotic killers.

He calls it the HITverse: a world very much like our own, except it's populated by devastatingly handsome detectives. Adivi Sesh plays a cheeky cop Krishna Dev, KD, who is almost bored by the dumbness of the criminals of Vizag. He calls them chicken-brained. It takes him all of five minutes to solve a murder. That is until he encounters the gruesome killing and dismemberment of a young woman. KD and his underling, a no-nonsense cop named Varsha (Komalee Prasad), are outsmarted by the killer over and over again.

The overwhelming feeling I had while watching KD and Varsha run from pillar to post trying to nail the killer was one of detached boredom. From its obsessive focus on a single forensic technique - in this case, using something called luminol to illuminate old bloodstains - to its reliance on a psychiatrist character to nudge the investigation, the script is a jumble of crime clichés. Even the murder technique - shocking as it is - looks and feels unoriginal and aseptic. Rounding off the banality, it has dialogues like "we have a serial killer on the loose" and "he was right under our nose all this time".

You'd have to be, in KD's words, "chicken-brained" to not guess the identity of the killer. It is a stupid-simple process of elimination because the plot makes almost no use of misdirection. Every little oddity makes an uninspired reappearance at some later part. KD's live-in girlfriend Aarya (Meenakshi Chaudhary), for instance, is a list-o-maniac. It's the only humanizing detail we see of her. So, of course, the journal where she keeps track of her appointments and to-dos holds the most crucial clue about the identity of the serial killer. As for Vijay, his one cute flaw is that he doesn't know how to whistle. So you bet this quirk is used in some big way in the finale.

The only trope Kolanu discarded was perhaps the one the script could have really used to prop up the flat writing: a deeply-flawed detective. In the first HIT movie, Vishwak Sen played a PTSD-suffering cop. It wasn't necessarily the most inventive trait, but it did add a layer of vulnerability to his character that made the movie more interesting to watch. KD though is an exceedingly normal chap with only a bit of ego that all but vapourizes when he sees a mutilated corpse.

What this story needed was a touch of madness and unpredictability. The way the perpetrator draws a straight line from his trauma to his motives and methods was rather rudimentary. The script needed more agitating moments like that scene between KD and the killer at the finale where KD laughs maniacally at a gaping hole in the killer's logic.

For all its failings as a detective thriller, HIT 2 has a surprisingly well-written romance. KD and Aarya don't make a big fuss about their live-in relationship, or of Aarya's pre-marital pregnancy. It's a shame such boldness didn't leak onto other pages of the script.

Within the confines of their roles, all the actors do a fine job, being fine people and doing fine things. Meenakshi Chowdhary's Aarya is a woman's woman?—?slim, gazelle-like, and out-matched in beauty only by Adivi Sesh who just can't help himself from projecting major Aphrodite energy. The character I was most drawn to was of Varsha played by relative newcomer Komalee Prasad. She had a quietly mysterious energy that made me want to know more about her past, and hope she makes an appearance in the next case.

This brings me back to my first point about the scourge of sequels. It's very telling that the biggest hoots and claps during the movie came when it referenced its predecessor, or when it gave us a sneak peek into "The 3rd Case". Franchises and "universes" have made it so that individual films no longer have to stand on their own merit to be able to pull in the big bucks. In fact, standing out may be undesirable - they must each fit seamlessly into the larger narrative arc, accommodating all future plots and leaving ample space for callbacks and inside jokes. True, some movies and shows make a skillful job of weaving together their fragmented worlds (see White Lotus). But our film industry is increasingly getting run over by the money grab that is the "franchisification" of mediocre ideas, wherein each individual film is less concerned with leaving its own indelible mark, and instead wastes time evoking nostalgia for its prequel and excitement for its sequel. At least, that's how I felt watching the 2nd Case: I missed Vishwak Sen's first case and I got mad-pumped for can't-tell-you-his-name's 3rd case. This movie, though, I didn't care all that much for.
Share. Save. Connect.
Tweet
HIT: THE 2ND CASE SNAPSHOT 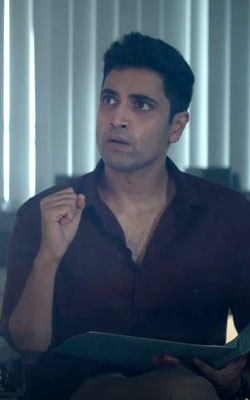 ADVERTISEMENT
This page was tagged for
HIT: The 2nd Case telugu movie
HIT: The 2nd Case reviews
release date
Adivi Sesh, Meenakshi
theatres list
Follow @fullhyderabad
Follow fullhyd.com on
About Hyderabad
The Hyderabad Community
Improve fullhyd.com
More
Our Other Local Guides
Our other sites
© Copyright 1999-2009 LRR Technologies (Hyderabad), Pvt Ltd. All rights reserved. fullhyd, fullhyderabad, Welcome To The Neighbourhood are trademarks of LRR Technologies (Hyderabad) Pvt Ltd. The textual, graphic, audio and audiovisual material in this site is protected by copyright law. You may not copy, distribute, or use this material except as necessary for your personal, non-commercial use. Any trademarks are the properties of their respective owners. More on Hyderabad, India. Jobs in Hyderabad.