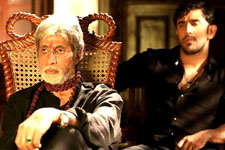 Indranil Majumdar / fullhyd.com
EDITOR RATING
5.0
Performances
Script
Music/Soundtrack
Visuals
7.5
7.5
7.0
7.0
Suggestions
Can watch again
Yes
Good for kids
No
Good for dates
No
Wait for OTT
No
If you were coming of age around the mid-1990s, there were fewer things as difficult to process as characters in a Ram Gopal Varma film. That, though, is meant as a compliment. Whether it be Munna (Aamir Khan) from Rangeela or Bhiku Mhatre (Manoj Bajpayee) from Satya, RGV's characters looked debonair and felt fresh during a decade of insipid romances. But like a lot of self-made directors, Varma too was afflicted by cinematic hubris, as his tweets and his interviews over the years have amply shown.

Varma was the architect of the abominable Darling, the dreadful Phoonk and, worst of all, Ram Gopal Varma Ki Aag, a lethal venom that Varma himself later apologised for unleashing. And the lesser said about his films post-2010, the better.

However, his films Sarkar and Sarkar Raj have stood tall among the ruins. Varma has always claimed that the Sarkar films have been his way of paying tribute to Francis Ford Coppola's The Godfather series, and thankfully had done his statement justice in the last two instalments. And with Sarkar 3, Varma shows that there still is one tale he can tell fairly well.

The Nagres aren't very different from the Corleones (from The Godfather trilogy). For both, blood comes first, and they will go to any extent to shield their own. Sadly, though, the Nagres do not have many left in their ranks. Subhash Nagre alias Sarkar (Amitabh Bachchan) and Pushpa Nagre (Supriya Pathak), after the demise of both their sons, have left the Nagre abode and have sought refuge in a new house. Pushpa has been bed-ridden ever since Shankar's death, and Sarkar is back to managing the whole fiefdom.

Like the earlier films, this one too harps on the fact that Sarkar is not just a person, but a concept. Sarkar is a parallel government for those who are rebuked by the laws of the legitimate government. He is, in essence, a Robin Hood-like figure, taking from the rich (read: the corrupt) and giving to the poor (read: the morally incorruptible). So when the lawless trio of Govind Deshpande (Manoj Bajpayee), Michael Vallya (Jackie Shroff) and Gandhi (Bajrangbali Singh) come knocking at the door and asking for Sarkar's support in seizing a piece of land that would render thousands homeless, you know where the film's headed (yes, it feels like a redux of the first installment). However, Varma uses a novel linearity in storytelling to get to the end.

It is impossible to imagine anyone else in the Indian industry playing Sarkar, and that is in itself a testament to what Amitabh Bachchan brings to the Indian film scene. Sarkar 3 owes everything to the phenomenon. Giving him a helping hand is Amit Sadh (as Shivaji Nagre), who in the film is Subhash's grandson. Sadh brings about the same earnestness that made him stand out in Kai Po Che. He is menacing and conniving in equal measure, and brings gravitas to a role that asks just that of him.

The other characters seem like burlesques of real-life personalities, and are made to look a lot more worse courtesy of some terrible acting. Shroff and Yami make for tedious viewing, and you wonder if they were figments of the RGV imagination we hate to see. The biggest letdown is Manoj Bajpayee, but that is more owing to bad scripting than any fault on his part.

Ravi Shankar's score is apt for a film that has very little dialogue and hinges more on expressions. The Govinda chant works better in this film than in the previous two. It helps that Varma sticks to his basics and asks the regular of his cinematographer, who gladly obliges. There are Varma trademarks all over the film - close-ups, shots of artefacts while people are conversing, and the occasional zooming in into the face of a character to help us sense their trepidation.

The film starts with an anonymous quote which suggests that true power is not gained from fear but from respect. The film has enough material to flesh that out till the very end. Politics are given a raw yet refreshing treatment, far removed from juvenile attempts by a certain Prakash Raj.

Sarkar 3 is a film by a man whose horizons have thankfully widened. The film does not imitate real life as much as it uses it for its narrative benefits. Bachchan, in a particular scene, gives you a brief understanding of "palace politics", and how the very roots of politics are as deeply embedded indoors as they are outdoors. It's a wonderful scene and feels like something Varma would have shot in his glory days.

If your faith in RGV is as good as nought - and there's a good chance that it might be the case - do purchase a Sarkar 3 ticket. There's a redemption story in there somewhere. 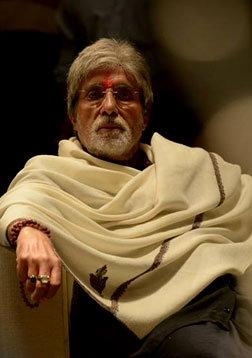 You also said It is impossible to imagine anyone else in the Indian industry playing Sarkar....

Really???Such an arrogant presumption from a reviewer???
Abhishek on 13th May 2017, 5:43pm | Permalink
The Pakash Raj bit cracked me up. XD

ADVERTISEMENT
This page was tagged for
Sarkar 3 hindi movie
Sarkar 3 reviews
release date
Amitabh Bachchan, Manoj Bajpayee
theatres list
Follow @fullhyderabad
Follow fullhyd.com on
About Hyderabad
The Hyderabad Community
Improve fullhyd.com
More
Our Other Local Guides
Our other sites
© Copyright 1999-2009 LRR Technologies (Hyderabad), Pvt Ltd. All rights reserved. fullhyd, fullhyderabad, Welcome To The Neighbourhood are trademarks of LRR Technologies (Hyderabad) Pvt Ltd. The textual, graphic, audio and audiovisual material in this site is protected by copyright law. You may not copy, distribute, or use this material except as necessary for your personal, non-commercial use. Any trademarks are the properties of their respective owners. More on Hyderabad, India. Jobs in Hyderabad.