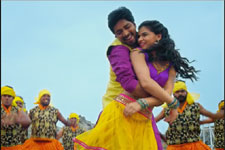 Ravi Kandala / fullhyd.com
EDITOR RATING
3.0
Performances
Script
Music/Soundtrack
Visuals
5.0
3.0
4.0
4.0
Suggestions
Can watch again
No
Good for kids
No
Good for dates
No
Wait for OTT
No
Rajendra Prasad used to star in movies like Appula Apparao and Pekata Paparao, and the entire scripts of such movies would revolve around that particular trait of the hero - either he was a compulsive borrower and that put him in trouble, or he was a compulsive gambler and that led to problems in his life. Now it is Allari Naresh that makes such movies with the catchy titles - Selfie Raja, for example. The problem, however, is that the name is used just to print some interesting posters. The conceit is shown in a song and then conveniently forgotten.

For all the posters and the song, Naresh aka Selfie Raja takes selfies, and those selfies are talked about, only in the first scene of the movie. After that he does not take a single selfie for the rest of the movie. If only they'd made a movie wherein a selfie addict accidentally captures a crime in one of his selfies and is chased by goons for the evidence or how a selfie addict clicks pictures with wrongdoers and brings about a change in their mindset slowly. Selfie Raja, however, is just another Naresh movie with a zillion spoofs - a whole one or two of which prove to be funny.

The plot goes thus - Selfie Raja (Naresh) falls in love with Swetha (Kamna Ranawat) who happens to be the daughter of the Police Commissioner of the city. The duo get married and are separated almost immediately due to certain misunderstandings. This leaves Raja depressed and he tries to kill himself. A contract killer - KaKi (short for Kantract Killer apparently), played by Ravi Babu - takes up the task of killing Raja.

He then contacts Bheems (Naresh again) who's a killer and asks him to come to Hyderabad to execute the killing. After a long and convoluted comedy of errors with different people trying to kill Raja, the film ends in a protracted spoofy climax. And not even at the end do they even make a mention of selfie again - not even in the mandatory subham card scene where they could have cracked a joke or two about the selfie.

Selfie Raja's problems begin with the title being irrelevant and the entire movie trying to be irreverent with spoofs upon more spoofs. Only a few of the spoofs work - most of the others are tired imitations or are stretched to unbearable lengths. The entire gang from Jabardast is brought in for a scene that is supposedly funny, but is actually cringeworthy. Scores of comedians, from Saptagiri to Krishna Bhagwan to Jeeva to Fish Venkat, are used in less than a scene or two with little or no comedy. The songs pop up at the most unwanted moments making the audience lose interest further.

Allari Naresh does his tired old shtick. Kamna Ranawat and Sakshi Chowdary, who have promoted the movie heavily, have little to do in the it but for some terrible lipsync and unwanted skin show in the songs. There is rain or some sort of drenching of the heroine in every song. The other actors are barely there, and Srilakshmi in a terrible blond wig irritates the audience no end.

The music is functional, the technical values are barely there, and the production values pass muster.

Selfie Raja is yet another tired version of Naresh's spoof comedy genre. Give this one a miss - awesomeness is on its way just next week!
Share. Save. Connect.
Tweet
SELFIE RAJA SNAPSHOT 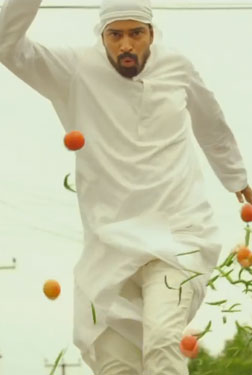 See Selfie Raja full details
SELFIE RAJA USER REVIEWS
1 - 1 OF 1 COMMENTS
POSITIVE  |  NEGATIVE |  NEWEST  |  OLDEST  |  MOST HELPFUL  |  LEAST HELPFUL
Josh on 21st Jul 2016, 2:17pm | Permalink
Just a PSA on the expected awesomeness. The premiere show in USA is done and talk is positive but not fired up. Interviews of the DOP and the director indicate a drama with a social message and not a Rajni fest. So it's best to have modest expectations.

As far as I am concerned, I'm not reviewing it (my review will be too biased) and I have seven tickets for two shows tomorrow. I know I haven't seen Rajnikanth in a satisfying film in the last 9 years (Nope, I didn't find Sivaji and Enthiran very satisfying. And the lesser we talk about Kochadaiyaan and Lingaa the better) and I know I won't see him in a satisfying film after this (2.0 gives me nightmares).

So I'll go with my friends, savour the awesomeness, and cry my throat hoarse like my life depended on it.

ADVERTISEMENT
This page was tagged for
Selfie Raja telugu movie
Selfie Raja reviews
release date
Allari Naresh, Sakshi Chowdary
theatres list
Follow @fullhyderabad
Follow fullhyd.com on
About Hyderabad
The Hyderabad Community
Improve fullhyd.com
More
Our Other Local Guides
Our other sites
© Copyright 1999-2009 LRR Technologies (Hyderabad), Pvt Ltd. All rights reserved. fullhyd, fullhyderabad, Welcome To The Neighbourhood are trademarks of LRR Technologies (Hyderabad) Pvt Ltd. The textual, graphic, audio and audiovisual material in this site is protected by copyright law. You may not copy, distribute, or use this material except as necessary for your personal, non-commercial use. Any trademarks are the properties of their respective owners. More on Hyderabad, India. Jobs in Hyderabad.