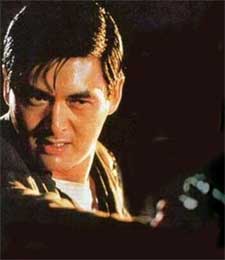 Vineeth Shastry / fullhyd.com
EDITOR RATING
7.0
Performances
Script
Music/Soundtrack
Visuals
NA
NA
NA
NA
Suggestions
Can watch again
NA
Good for kids
NA
Good for dates
NA
Wait to rent it
NA
There are few filmmakers on this planet who have the talent to portray designer crime in its most artistic costume. Guns are held at odd angles, bullets fly, empty cartridges drop to the floor; coat-tails sway to the wind; all this and much more.

When one hears of this, John Woo comes to mind instantly - the master of this art. And even though he is only the executive producer of this film, his influence is clearly visible. Especially in the scenes that should be having his signature - like a quick slow motion in a very leisurely scene, simultaneous draws of guns by two people, background candles in action scenes, explosions of steam pipes in a very intense ocular etc. All these effects have been inculcated brilliantly by Antoine Fuqua in this film.

Antoine Fuqua's heart, too, seems to be in any endeavor that's to do with gangsters. Remember the "Gangsta Paradise" video by Coolio? It was directed by the very same man.

The film kicks off with a trap laid by the American police for a drug smuggler, who happens to be the son of Terrence Wei, a Mafia don. When the kid smells the trap, he opens fire and is killed by detective Nick. Enraged over his son's death Terrence Wei cries for revenge. And his idea of revenge is Biblical - an eye for an eye, and a son for a son.

Since the police are anticipating some sort of retribution from him, he can't do this using his own force. Hence he hires John Lee (Chow Yun-Fat), a mercenary who's ruthless and very efficient. John Lee however loses heart when he sees the child, thus incurring the wrath of Wei. He tries to escape, but is obstructed for the lack of a passport.

Here he meets Mac Cooper (Mira Sorvino), his only hope for a forged passport. But Wei's henchmen ambush her office and all her equipment is destroyed. Lee now knows that the guns have been drawn against him. His only concern is for his family and for his original target. Wei meanwhile hires replacements to avenge his son.

From here starts the battle between them-Wei and Lee. What follows is mindless violence, chaos and destruction. All portrayed brilliantly by Antoine Fuqua. This is one movie you can definitely sit back and enjoy. What the heck - you can actually come back for it a second time. Unless you have another nice John Woo film to relish!
Share. Save. Connect.
Tweet
THE REPLACEMENT KILLERS SNAPSHOT

ADVERTISEMENT
This page was tagged for
the replacement killers full movie
The Replacement Killers english movie
The Replacement Killers reviews
release date
Mira Sorvino, Chow Yun-Fat
Follow @fullhyderabad
Follow fullhyd.com on
About Hyderabad
The Hyderabad Community
Improve fullhyd.com
More
Our Other Local Guides
Our other sites
© Copyright 1999-2009 LRR Technologies (Hyderabad), Pvt Ltd. All rights reserved. fullhyd, fullhyderabad, Welcome To The Neighbourhood are trademarks of LRR Technologies (Hyderabad) Pvt Ltd. The textual, graphic, audio and audiovisual material in this site is protected by copyright law. You may not copy, distribute, or use this material except as necessary for your personal, non-commercial use. Any trademarks are the properties of their respective owners. More on Hyderabad, India. Jobs in Hyderabad.