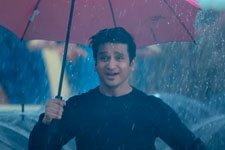 Sai Tulasi Neppali / fullhyd.com
EDITOR RATING
5.0
Performances
Script
Music/Soundtrack
Visuals
7.0
4.0
7.0
7.0
Suggestions
Can watch again
No
Good for kids
No
Good for dates
Yes
Wait for OTT
Yes
18 Pages takes the idea of blind love to the next level. In this romantic drama, the boy never meets the girl. Love flows through the pages of a journal. But this Sukumar film can't quite commit to just being a romance, so it ends up an everything bagel with an abundant sprinkling of corniness.

Siddhu (Nikhil) finds the two-year-old diary of a stranger named Nandini. Some journal it turns out to be - it makes Siddhu fall head-over-heels for the author in just eighteen pages. In it, she narrates her adventures: a trip to Hyderabad to deliver a valuable package; a kidnapping attempt; and her own brief love story with a doctor. And she writes evocatively about her phone-shy lifestyle and Luddite philosophy. Siddhu absorbs her words like a sponge. By the last entry, he is a new man. The once tech-savvy Siddhu flings his iPhone into a lake and starts biking to work. He begins searching for her, and uncovers a dark story about her fate.

18 Pages won't feel like a Sukumar film. He only wrote the story and screenplay, while Palnati Surya Pratap directed it. You can spot Sukumar's romantic flourishes, but the protagonists are so unlike the flawed, grey-zone characters he typically creates. Nandini is sweet, kind and generous, but in the prudish way that old-timey romantic heroines were. She bathes in besan powder and natural oils. She volunteers at orphanages, and befriends beggars and bus conductors. Most suspiciously, she never carries a phone, and does clever little things to make her roommates see the benefit of a tech-less life. Like slyly disconnecting the wifi router. Would you want her as your friend? I'll pass.

Siddhu seems a perfect match for her because he is just as delusional. He turns his life upside down over a few words and runs towards trouble trying to locate Nandini. In the end, he becomes a Mr. Goody Two Shoes too.

The only respite from this treacly romance is the character of Siddhu's buddy, Bhagi, played by the very funny Sarayu Roy. Except for a few instances of unsynchronised dubbing, Sarayu steals the spotlight away from the protagonists to become the film's breakout star. Bhagi's irreverence, practical nature and killer comic instinct help to even out Siddhu's quixotic fantasies. Their banter is fun to watch. I wished for Siddhu to end up with Bhagi, but such an unexpected twist in our cinema would be as probable as the sun rising in the west.

Anupama Parameshwaran was given an irredeemably priggish character to portray. Credit to her for not appearing too smug. Nandini's sanctimonious behaviour made me want to roll my eyeballs and permanently lodge them in the back of my head, but Anupama is just so darn sweet-looking and innocent that I managed to stay engaged.

I can't say the same for Nikhil Siddhartha, who appeared like he had come straight from the sets of Karthikeya 2 where he played an overdramatic hero. Basically, "chaala feel aiypoyadu". He puts on a hammy act. Especially when his character is involved in over-the-top theatrics (that were met with ridicule from the audience). For instance, in the finale, Siddhu morphs into an advocate and brings some damning evidence to the court to punish Nandini's kidnapper. An allied lawyer stands up and whistles. In the next scene, he relocates a dilapidated orphanage into a glass highrise. A glass highrise! Just how much does Sukumar hate realism?

Gopi Sundar's songs are vibrant, and match the romantic optimism of the story, although his background score could have been less overbearing. The deeply-romantic-at-heart may find themselves carried away by the emotionality and the idealism in 18 Pages. But for those of us who seek a modicum of realism and earthiness in our romances, feel free to turn the page on this movie. 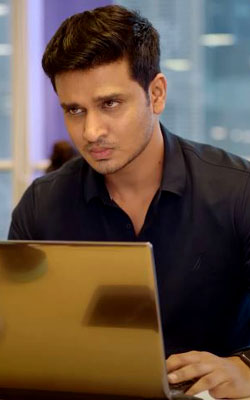 Agreed, Sarayu's role is good and Nikhil overacted at many places.

ADVERTISEMENT
This page was tagged for
18 Pages telugu movie
18 Pages reviews
release date
Nikhil Siddhartha, Anupama Parameshwaran
theatres list
Follow @fullhyderabad
Follow fullhyd.com on
About Hyderabad
The Hyderabad Community
Improve fullhyd.com
More
Our Other Local Guides
Our other sites
© Copyright 1999-2009 LRR Technologies (Hyderabad), Pvt Ltd. All rights reserved. fullhyd, fullhyderabad, Welcome To The Neighbourhood are trademarks of LRR Technologies (Hyderabad) Pvt Ltd. The textual, graphic, audio and audiovisual material in this site is protected by copyright law. You may not copy, distribute, or use this material except as necessary for your personal, non-commercial use. Any trademarks are the properties of their respective owners. More on Hyderabad, India. Jobs in Hyderabad.