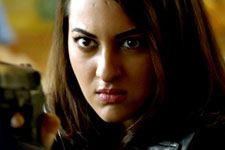 Ajay Kumar R / fullhyd.com
EDITOR RATING
4.0
Performances
Script
Music/Soundtrack
Visuals
5.0
4.0
5.0
6.0
Suggestions
Can watch again
No
Good for kids
No
Good for dates
Yes
Wait to rent it
No
Yes, it is probably how the Mumbai Police functions - "gut feeling, aggression, common sense" - but not how RAW ought to work. The very defining characteristics of India's top snoops are camouflage, tact and stealth - which Abhinay Deo's Force 2 neglects. A cop, no matter how much trained, would not have the access to the kind of intel and analysis that an agency like the RAW has. Sadly enough, the movie paints the RAW as unintelligent and lacking in quality manpower.

Force 2 stars ACP Yashvardhan (John Abraham), still reeling under the trauma caused due to the death of his wife (Genelia D'Souza) that has occured before the events of the movie. He is often shown hallucinating about her presence.

On a fateful day, Yash receives a package with a cryptic message from his friend, a RAW agent, a day before the latter gets killed brutally behind enemy lines Ghost-Ship style in China while on an espionage mission. Yash decodes the message perfectly in a jiffy using his training at the police academy. The information reveals that the Chinese are conspiring in tandem with a snitch within the RAW to take down a few of its best agents stationed at Budapest, Hungary.

Due to the sensitivity of the info, he decides to take it to the RAW. Keeping in view his reputation, the agency's heads accept Yash's proposal to protect the sleuths, and send him off to the lush Hungarian capital along with agent KK (Sonakshi Sinha). Together the two embark on a journey to save the agents and also seek the mastermind behind all this.

Force 2 is a tale crafted purely for action junkies and for the specific pool that choses brawn over brain. Nothing about the way the RAW allows the ACP to just steal a sensitive mission from them and embark on a two-member team with an unskilled agent, stands to reason. The film mocks one of India's oldest and best intelligence bureaus, as it wants you to believe that a person from a local police department can outdo a dozen highly-trained sleuths of India's best in global high-risk missions.

There are also the unexplored backstories of Yash's peer KK and slain RAW friend, and a silly fight sequence involving Yash, his bath towel and a female informant. All of these puzzle you about the whats and hows of the story, and about where it will lead, as the narrative needlessly meanders through such stretched and often lame sequences.

Force 2 also glazes upon the issue of the psychology of someone who decides to go against his own nation, and also on the reasons behind them doing so. It however gives unsatisfactory answers and unreasonable solutions.

The A-List celebs put up a half-hearted show, with John Abraham focusing more on tightening his biceps and abs than on emoting for most parts. But there is a certain intensity to him in some scenes. Sonakshi Sinha's acting, despite her fairly good expressions in the finale scenes, lacks gravitas. Sinha, unfortunately, is portrayed as the aspirant who outsmarts every other candidate in the interview, but sucks at actually doing her job. Such depiction is unjustified, given that RAW recruits go through rigorous litmus tests before getting selected.

Tahir Raj Bhasin carries the movie on his shoulders with his emotive performance, and is someone you will find yourself applauding and even sympathizing with. There are always villains you will love more than the protagonists - Darth Vader from Star Wars, for example. This film is completely a Bhasin treat (also the antagonist in the Rani Mukherjee-starrer Mardaani).

The fight choreography looks unnatural to the bone, but has been done brilliantly in some sequences. Yash uses Freestyle (Parkour) while chasing the antagonist in a few scenes, but neither the choreography nor the execution of the stunts comes close to being as powerful and artistic as how several Freestyle martial artists make them look.

Budapest is beautiful, but hasn't been shown enough or even in rich palettes. Blame it on cinematographer Imre Juhasz, who rendered much better visuals in the past for high-profile movies including A Good Day To Die Hard (2013).

Abhinay Deo, who helmed solid movies including Delhi Belly, needs to aim higher if he wants to recreate the impact of previous ventures. Movies such as Force 2 need more research into the lives and work of some of the best undercover agents in India and abroad, and the film's attempt to pull off a serious spy thriller with giving you an insight into the harsh realities of the lives of RAW agents expectedly comes a cropper.
Share. Save. Connect.
Tweet
FORCE 2 SNAPSHOT 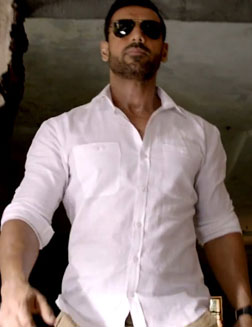 ADVERTISEMENT
This page was tagged for
Force 2 hindi movie
Force 2 reviews
release date
John Abraham, Sonakshi Sinha
theatres list
Follow @fullhyderabad
Follow fullhyd.com on
About Hyderabad
The Hyderabad Community
Improve fullhyd.com
More
Our Other Local Guides
Our other sites
© Copyright 1999-2009 LRR Technologies (Hyderabad), Pvt Ltd. All rights reserved. fullhyd, fullhyderabad, Welcome To The Neighbourhood are trademarks of LRR Technologies (Hyderabad) Pvt Ltd. The textual, graphic, audio and audiovisual material in this site is protected by copyright law. You may not copy, distribute, or use this material except as necessary for your personal, non-commercial use. Any trademarks are the properties of their respective owners. More on Hyderabad, India. Jobs in Hyderabad.