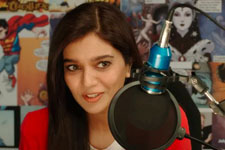 Sai Tulasi Neppali / fullhyd.com
EDITOR RATING
5.0
Performances
Script
Music/Soundtrack
Visuals
8.0
3.0
7.0
7.0
Suggestions
Can watch again
No
Good for kids
No
Good for dates
Yes
Wait for OTT
No
Harsha Pulipaka's Panchatantram is an anthology of short stories, each centered on a different sense: sight, taste, smell, touch and hearing. The narrator of these tales is a grave elderly man named Ved Vyas (Brahmanandam) contesting in a Spoken Word competition. For five nights in a row, Vyas takes the stage and transports the audience to transformative moments in the lives of his protagonists. There is an overworked software engineer who's never been to a beach; a young man on the cusp of marriage; a man stalked by strange odours that nobody else can smell; a couple facing a life-shattering decision; and finally a father who wants to surprise his little girl.

In case you are wondering, Pulipaka's movie bears no resemblance to the Panchtantra tales from which it draws its name. It's not an allegorical re-telling of fables featuring friendly mongooses or witty crows. Nor does it share the Panchatantra's vigour or moral certitude. Rather, it reminded me of another pre-teen indulgence, The Chicken Soup for the Soul series - a collection of feel-good incidents that purport to inspire and uplift, but are instead shallow explorations of human sentimentality.

Lacking urgency or even purpose, Panchatantram is a draughty drama with long stretches of unedited content, awkward pauses, and whole scenes where the editor must surely have fallen asleep on the slow-mo button. The drag is most apparent in the film's first - and weakest - story where Naresh Agastya plays Vihari, a young man disillusioned by hustle culture. He is gradually consumed by the belief that freedom and happiness can be found at the beach, a place that he has never visited. Rather than bringing forth the childlike innocence and wonder of a man stumbling upon the simple pleasures of life, the writing makes him seem like a dunderhead who's never ventured out into the world before.

Like that of an amateur still experimenting with his craft, Pulikala's directing style takes a long while to show signs of maturity. He finds his groove only in the second half, during which his direction gets tighter and the stories get heftier, reaching an emotional crescendo with a finale about a disabled radio show host (Swathi). Still, it is not obvious why this anthology should have been a movie at all. The overarching theme of the five senses is facile at best. There are jarring contrasts in the scale of the problems the characters face. In one of the better stories of the series, Vikas plays an impoverished man whose heavily-pregnant wife (Divya Sripada) is diagnosed with a terminal disease. It's a heart-wrenching watch that nearly erases all traces of the "taste-centered" cutesy first date story of a young urban couple played by Rahul Vijay and Shivathmika Rajashekar.

Brahmanandam's character feels like a technical overhang in a script that never needed a narrator at all. But having accommodated Brahmanandam - the man, the myth, the legend - in a transparent attempt to attach a superstar to the production, the story gives his character only a cursory treatment: something about him being a retired old man who still has creative ambitions. Brahmanandam - it pains me to write - is just completely off the mark as the sombre storyteller. In part, it doesn't feel right to have the once-comedy icon don a grave avatar. But aging seems to be the bigger culprit, turning the man that once had the comic timing and facial elasticity of Po in Kung Fu Panda into the sagacious Master Oogway.

Fortunately, the rest of the ensemble cast keeps the movie going against all odds. Swathi Reddy is a standout in the emotional coda. She knows when to dial up and when to cool off on the sentimentalities of her character. Shivathmika Rajashekar is similarly adept at toning her overripe lines with uncanny tact. Samuthirakhani delivers a powerfully resonant performance as a man slowly unraveling from phantom odours.

Whatever the gripes about Harish's lacklustre script and direction, he is someone who knows how to assemble a great cast. Panchatantram makes for a good study on the buoyant effect a good actor can have on a sinking ship. But even the brave orchestra performers could keep the music playing for only so long on the doomed Titanic. 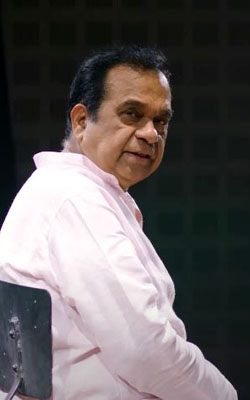 ADVERTISEMENT
This page was tagged for
Panchathantram telugu movie
Panchathantram reviews
release date
Brahmanandam, Swathi Reddy
theatres list
Follow @fullhyderabad
Follow fullhyd.com on
About Hyderabad
The Hyderabad Community
Improve fullhyd.com
More
Our Other Local Guides
Our other sites
© Copyright 1999-2009 LRR Technologies (Hyderabad), Pvt Ltd. All rights reserved. fullhyd, fullhyderabad, Welcome To The Neighbourhood are trademarks of LRR Technologies (Hyderabad) Pvt Ltd. The textual, graphic, audio and audiovisual material in this site is protected by copyright law. You may not copy, distribute, or use this material except as necessary for your personal, non-commercial use. Any trademarks are the properties of their respective owners. More on Hyderabad, India. Jobs in Hyderabad.