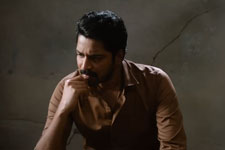 Sai Tulasi Neppali / fullhyd.com
EDITOR RATING
6.5
Performances
Script
Music/Soundtrack
Visuals
6.0
6.5
7.0
7.0
Suggestions
Can watch again
No
Good for kids
No
Good for dates
No
Wait for OTT
Yes
There is something very gratifying about watching democracy at work. Seeing people stand in line to cast their votes whips me into a patriotic frenzy in ways that "surgical strikes" or Independence Day flypasts don't. A R Mohan's Itlu Maredumilli Prajanikam milks this fervour for all it's worth, and gives us a behind-the-curtains look at India's magnificent electoral process along the way.

Our backstage guide is Srinivas Sripada (Allari Naresh), a Telugu schoolteacher brimming with optimism and community spirit. Srinivas is the very definition of an Ideal Citizen. As a volunteer Election Presiding Officer, Sripada sets off to the remote village of Maredumilli to convince its residents to vote in the upcoming elections. His companion on this mission is a prickly English teacher (Vennela Kishore). But when they enter the hamlet, they are met with resistance. The villagers are seething with righteous anger over government neglect, and question what difference their votes would make. For decades, their pleas for roads, bridges and hospitals have been ignored. Sripada's idealism kicks into high gear, and he hatches a plan to help these people.

The entire storyline runs on the unfettered nationalism of its hero, Srinivas. He is full of snappy one-liners that take down the English teacher's snobbery. Comparing the relative merits of Telugu and English, he remarks, "Sir means 'Slave I Remain'." Any time a character talks like a typical urban cynic ("India is going into the gutter, yaar"), Srinivas doles out a big helping of hope and optimism.

If by now you think that Srinivas is a bit insufferable - yes, yes he is. To top that, he takes a shine to a helpful village girl called Lakshmi (Anandhi) who is equally prone to preaching. Together, they are like wet blankets, killing the defiant spirit of the story. Part of the fault lies in the dialogues that are torpid with symbolism and ideology. Coming out of Allari Naresh's mouth, they sound as dry as sermons. Every time Naresh gets the chance to speak, particularly in front of an audience, you have to brace yourself for a short TED talk. Naresh even takes up the stance of a lecturer, gesturing and nodding, as he tries to recast himself as a "serious" actor.

Anandhi looks less out-of-place as the village damsel, but I had the same old problem that I have with glamorous heroines who try to pass off as tribal women with their Colgate teeth and glassy skin - the jarring lack of realism.

The only bits with Naresh and Anandhi truly enjoyable are during the songs. There, too, Naresh dances in a hunched and awkward way, but the catchy rhythm of the tunes and their general uplighting mood is a welcome break.

Despite the egregious casting for the lead roles, I enjoyed large chunks of the story, and not just because I derive sadistic joy from watching inept government officials get their due (there is open drainage by my house and GHMC won't do anything about it - tsk tsk). Srinivas' plan to help Maredumilli get their wishlist from the government unfolds in an entertaining way. Each side tries to one-up the other until the final showdown brings the district collector (Sampath Raj) face-to-face with the villagers.

It is largely up to the film's secondary characters to carry the movie. Sandeep Raj commands the room as the tough-but-fair government servant. Comedians Vennela Kishore and Praveen flank Naresh in most scenes, keeping him buoyant against the weight of his own words. But some of the most ardent acting comes from the nameless village folk of Maredumilli. They paint such a sympathetic picture of their lives that you can't help but cheer them on.

Itlu Maredumilli Prajaneekam cleverly brings all the pieces of the story together at the end, but there are just too many coincidences that undermine its own assertions. Srinivas idolizes his country but sees that the only path to justice is to hold it hostage. If the villagers get their happy ending, it is only through a series of lucky coincidences.

Itlu... thus falls just shy of being a good watch. But Mohan's use of the electoral process to feed its drama is commendable. It is a fresh idea. And one far better executed than another recent movie set against the backdrop of elections, Macherla Niyojakavargam. Going by this trend, maybe we should wait for the next such movie, cause the third time is a charm? 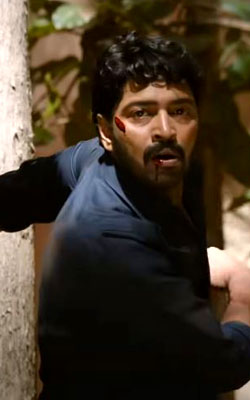 ADVERTISEMENT
This page was tagged for
Itlu Maredumilli Prajaneekam telugu movie
Itlu Maredumilli Prajaneekam reviews
release date
Allari Naresh, Anandhi
theatres list
Follow @fullhyderabad
Follow fullhyd.com on
About Hyderabad
The Hyderabad Community
Improve fullhyd.com
More
Our Other Local Guides
Our other sites
© Copyright 1999-2009 LRR Technologies (Hyderabad), Pvt Ltd. All rights reserved. fullhyd, fullhyderabad, Welcome To The Neighbourhood are trademarks of LRR Technologies (Hyderabad) Pvt Ltd. The textual, graphic, audio and audiovisual material in this site is protected by copyright law. You may not copy, distribute, or use this material except as necessary for your personal, non-commercial use. Any trademarks are the properties of their respective owners. More on Hyderabad, India. Jobs in Hyderabad.