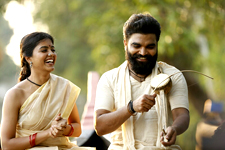 Anil Bandhakavi / fullhyd.com
EDITOR RATING
5.0
Performances
Script
Music/Soundtrack
Visuals
5.0
4.0
7.0
5.0
Suggestions
Can watch again
No
Good for kids
Yes
Good for dates
Yes
Wait to rent it
Yes
To truly understand what someone is going through, you must walk in their shoes for a day. But you probably don't need thirty. Similarly, much of what 30 Rojullo Preminchadam Ela attempts to convey, which happens to be many things, also could've been covered in a lot less time.

Written and directed by Munna Dhulipudi, the movie's title is a bit of a misnomer. There is a lot more happening than the name conveys, but to give the name some credibility, there is a thirty-day period over which the main characters must apprehend something.

Arjun (Pradeep Machiraju) and Akshara (Amritha Aiyer) are college students who decide, from the point of their first encounter, that they don't like each other. Little do they know that this sentiment carries over from a past life in which both of them experience a bad fallout in their affair and die without the privilege of consummating their love. However, there are forces at play that will eventually compel them to truly understand the nature of their bond.

Arjun is a carefree loafer who's passionate about boxing. He puts his parents through immense pain as he neglects his studies and keeps demanding that they support his boxing goals. Akshara is more of the studious type who's new to the college in Vizag that Arjun attends, and happens to live with her dad in the house right next to Arjun's family. She bemoans the rift between her father and older sister that had set in after the latter eloped. It may sound ridiculous, but Arjun's boxing and Akshara's sister will play a big role in concluding the story.

Without giving away the twist in the film, which is its only surprise, it can be said that the entire story was patched together around this event. The plot feels like you are on a ride with a friend who keeps taking detours to handle errands that have nothing to do with the final destination. While the journey ultimately holds itself together (I can remember only one person prematurely going for the exit), sometimes you might find yourself wondering why you are on the ride.

It is quite clear that the film is trying to hold you with its humour, but a lot of the jokes require you to write the punchlines yourself, and are not very intelligent or imaginative. Even the thirty-day predicament ends up being two separate periods of thirty days each, making you think, that's right, everyone knows you need at least 60 days to fall in love!

Debutantes Pradeep and Amritha (it's her Telugu film debut) are well balanced in their roles - thankfully, since both of them are equally important to the plot. They capture their characters well, though you're not likely to be floored by either. Posani Krishna Murali, with his experience, does as well as the script lets him.

The screenplay is young and playful as significant parts of the story play out around a college environment. The music by Anup Rubens is being celebrated for the hit song Neeli Neeli Akasam, which has a classic flavour that appeals to all ages - and rightfully so. The song seems to be single-handedly delivering an undeniable sales pitch for the film.

Ultimately, the movie's downfall is that it derails too much. The 30 days ends up being about falling in love, finding yourself, loving your mother, empathizing with others, fixing family relations and more - maybe that's why it actually ends up taking 60 days. There were probably multiple ways to carry the story forward after establishing the idea, and a little bit of each way was implemented in the final story, leading to an anti-climactic ending that doesn't reveal anything highly unexpected.

If the writer had committed himself to a narrower scope, he would've probably managed to, um, punch harder in the end. 30 Rojullo Preminchadam Ela is yet another fantastic core concept flattened by an incapability to deliver a stellar product.
Share. Save. Connect.
Tweet
30 ROJULLO PREMINCHADAM ELA SNAPSHOT 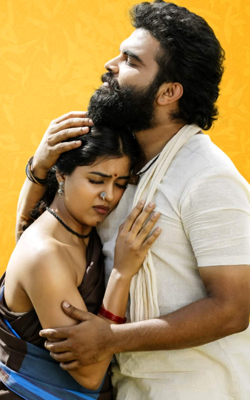 ADVERTISEMENT
This page was tagged for
30 Rojullo Preminchadam Ela telugu movie
30 Rojullo Preminchadam Ela reviews
release date
Pradeep Machiraju, Amritha Aiyer
theatres list
Follow @fullhyderabad
Follow fullhyd.com on
About Hyderabad
The Hyderabad Community
Improve fullhyd.com
More
Our Other Local Guides
Our other sites
© Copyright 1999-2009 LRR Technologies (Hyderabad), Pvt Ltd. All rights reserved. fullhyd, fullhyderabad, Welcome To The Neighbourhood are trademarks of LRR Technologies (Hyderabad) Pvt Ltd. The textual, graphic, audio and audiovisual material in this site is protected by copyright law. You may not copy, distribute, or use this material except as necessary for your personal, non-commercial use. Any trademarks are the properties of their respective owners. More on Hyderabad, India. Jobs in Hyderabad.